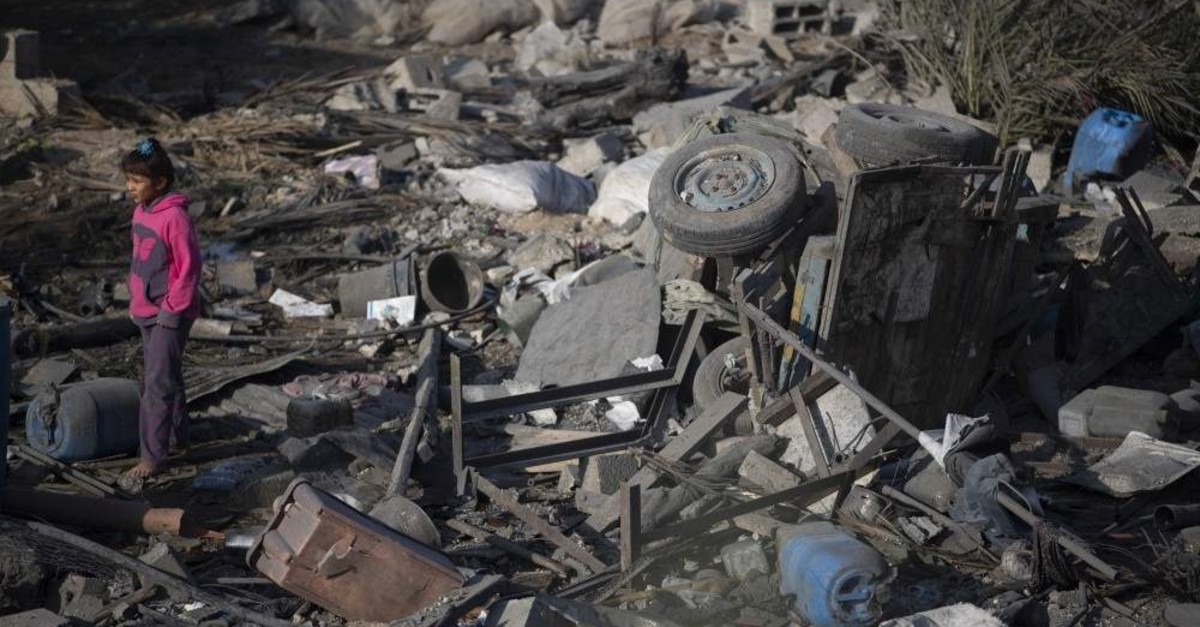 The Israeli military on Thursday acknowledged that it "made a mistake" in targeting a building in Gaza City on Wednesday, which led to the killing of eight members of the same family, revealing ongoing violence against Palestinians in the occupied territories. Quoting an Israeli army spokesman, the daily Haaretz reported: "The army assessed the building in the Deir al-Balah neighborhood was empty." The spokesperson said the army is investigating the airstrike that took place a few hours before the cease-fire came into effect on Thursday morning.

Israel launched fresh strikes against Islamic Jihad targets in Gaza early Friday in response to rocket fire, underscoring the fragility of a cease-fire agreed after an escalation that killed 34 Palestinians, almost half of them civilians, including eight children and three women. The cease-fire began on Thursday morning following two days of fighting triggered by Israel's targeted killing of an Islamic Jihad commander. Israel said early Friday it has completed a series of airstrikes on targets linked to the Gaza-based Islamic Jihad after overnight rocket fire that rattled a day-old truce. The cease-fire brokered by Egyptian and U.N. officials, the usual mediators between Gaza and Israel, was agreed as the flare-up raised fears of a new all-out conflict.

The Palestinian territory’s rulers, Hamas, who have kept to the sidelines of this week’s fighting, canceled the weekly protests they organize along the perimeter fence without explanation, apparently in an effort to preserve the calm. At least 311 Palestinians have been killed by Israeli fire in Gaza or the border area since then, most of them during demonstrations and associated clashes. Israeli forces deployed along the volatile border with the Gaza Strip have been firing live rounds at Palestinian protesters ever since demonstrations against Israel’s long-running blockade of Gaza began in March. Israel was criticized by a U.N. human rights body for its killing of protesters in Gaza and for its treatment of Palestinians, declaring it a “war crime” under the Statute of Rome. The high casualty toll triggered diplomatic backlash against Israel and new charges of excessive use of force against unarmed protesters.

One of the worst rounds of Israeli-Gaza violence in five years began in response to news that Israel had targeted two senior Islamic Jihad leaders. Earlier Tuesday, an Israeli airstrike killed Bahaa Abu al-Atta, the commander of Islamic Jihad, as well as his wife Asmaa Abu al-Atta, 39. This is considered the possible beginning of a renewed conflict, leaving residents in fear for their lives. Israeli warplanes also launched an airstrike targeting Islamic Jihad member Akram al-Ajouri in Syria’s capital Damascus.