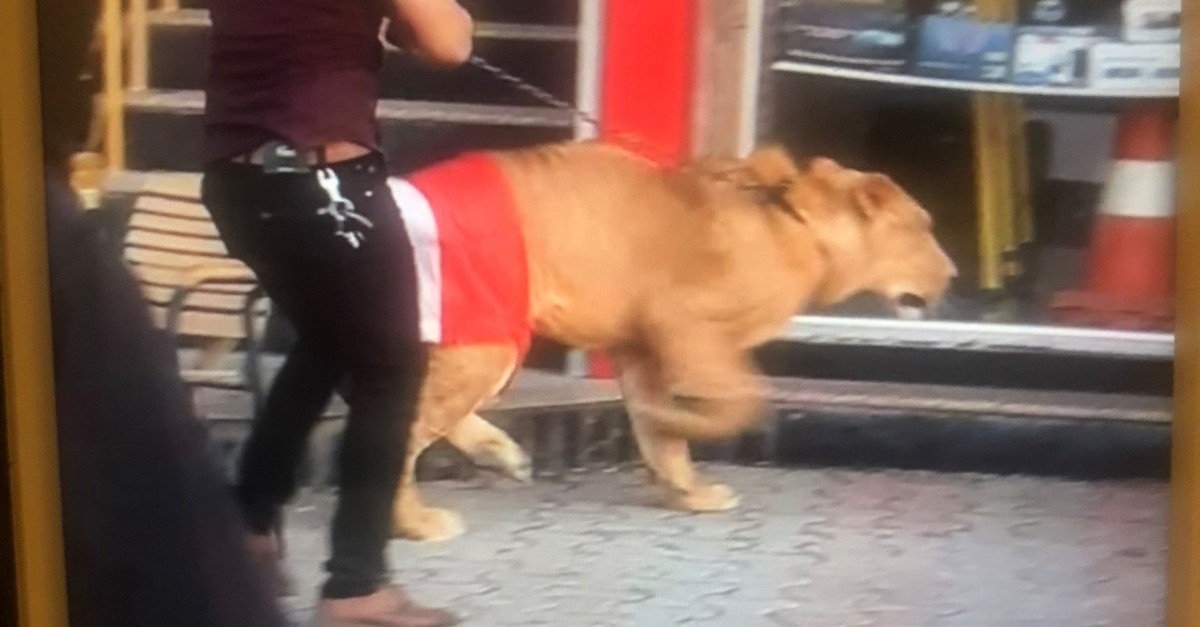 Protesters brought a lion draped in the Iraqi flag to the streets amid anti-government protests across the country.

A video showing a man walking out of a car with his lion went viral on social media. It is unclear where the video was taken but over the last month, there have been numerous protests in several Iraqi cities.

Many social media users said that the animal was brought in response to police dogs deployed to assist in the handling of the demonstrations.

Intense protests have been underway in Iraq since October, as millions have come out onto the streets protesting against corruption and unemployment.

Iraqi security and medical officials said Saturday that protesters have pushed closer to the Green Zone, Baghdad’s fortified seat of government after security forces pulled back following a night of violent altercations.

The officials said that protesters took control of the strategic Khilani Square and part of Sinak bridge leading to the Green Zone, which houses Parliament and several foreign embassies.

Security forces are still deployed on part of the bridge in order to block the protesters from pushing into the Green Zone.

Officials say a roadside bomb killed three people and wounded 18 late Friday near Tahrir Square, the epicenter of the protest movement. Another roadside blast in the southern city of Nassiriya wounded 18 that same evening.

The officials all spoke on condition of anonymity in line with regulations.

According to the Iraq's High Commission for Human Rights, at least 325 Iraqis have been killed and 15,000 injured since the protests began Oct. 1.