Iran slams US for supporting violence during nationwide protests 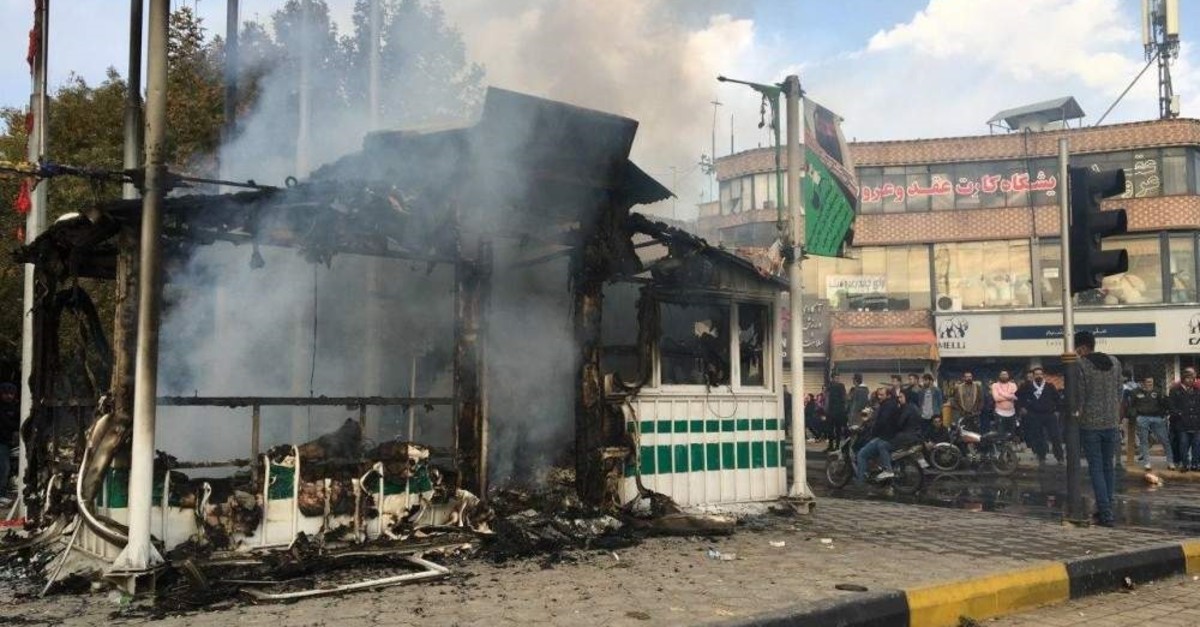 Iran has attacked the U.S. for throwing its support behind the protesters after days of violent demonstrations sparked by a shock decision to hike petrol prices in the sanctions-hit country. Iran's foreign ministry slammed U.S. Secretary of State Mike Pompeo after he tweeted "the United States is with you" on Saturday in response to the demonstrations. In a statement issued late Sunday, the ministry said it was reacting to Pompeo's "expression of support... for a group of rioters in some cities of Iran and condemned such support and interventionist remarks.”

The United States on Sunday condemned Iran for using "lethal force" against demonstrators. "The U.S. supports the Iranian people in their peaceful protests against the regime that is supposed to lead them," White House Press Secretary Stephanie Grisham said in a statement. "We condemn the lethal force and severe communications restrictions used against demonstrators."

Protests over gasoline prices have swept across some 100 cities and towns in Iran, turning violent faster than widespread economic protests in 2017 and rallies over the country’s disputed 2009 presidential election. Iran's powerful Revolutionary Guards Corps (IRGC) warned anti-government protesters of "decisive" action if unrest over gasoline price hikes does not cease, state television reported yesterday. The warning appeared to hint at a looming crackdown on protests that flared nationwide in response to an official announcement on Friday of gasoline rationing and price hikes of at least 50%. "If necessary we will take decisive and revolutionary action against any continued moves to disturb the people's peace and security," the IRGC said in a statement carried by state media.

The scale of the unrest that began on Friday remains unclear as authorities have shut down the internet across this nation of 80 million people. Prior to that, online videos purported to show people abandoning their cars on major highways and marching on city centers. Demonstrations devolved into violence as rioters set fire to gas stations, attacked banks and robbed stores. While sparked by President Hassan Rouhani’s decision to raise government-set gasoline prices, the protests are rooted in decades-old economic problems, exacerbated by the U.S. pullout of Iran’s nuclear deal with world powers and re-imposed economic sanctions.

Iranian authorities on Sunday raised the official death toll in the violence to at least three. The semiofficial Fars news agency, close to the country’s Revolutionary Guard Corps, reported on Sunday that demonstrators had ransacked some 100 banks and stores in the country. Authorities arrested over 1,000 people, Fars reported, citing unnamed security officials for the information.