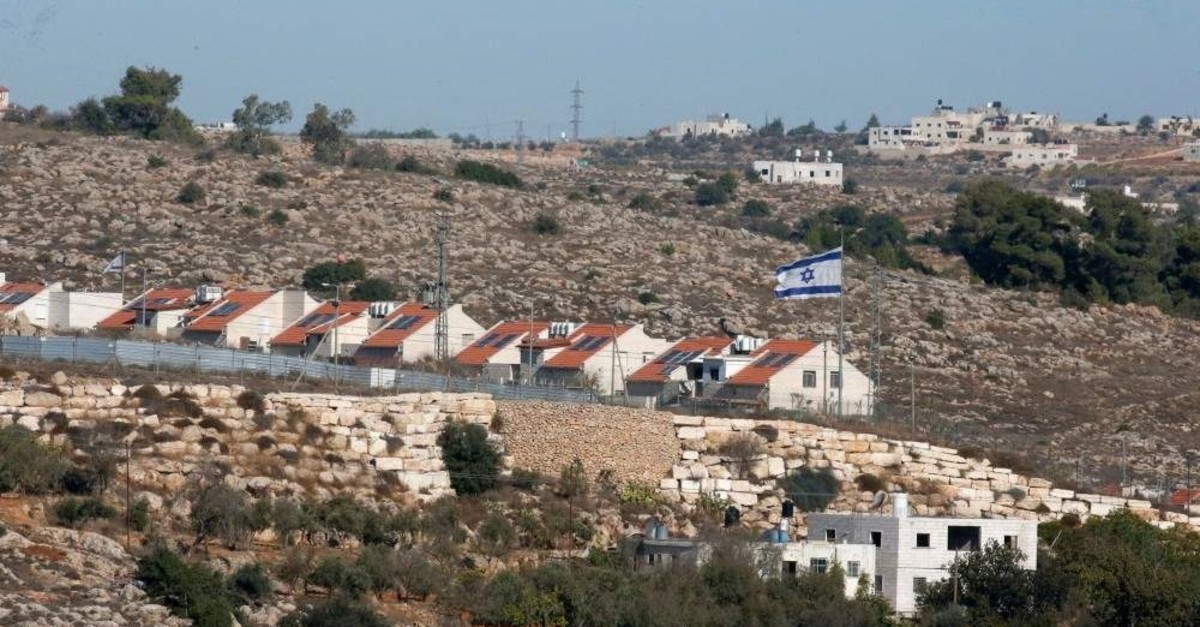 The U.S. policy reversal on Israeli settlements in the occupied territories drew sharp criticism from Palestinians and the international community, the latest in a series of pro-Israeli moves by the U.S. administration in recent years.

The U.S. on Monday effectively backed Israel's right to build Jewish settlements in the occupied West Bank by abandoning its four-decade-old position that they were "inconsistent with international law." The controversial move puts the U.S. at odds with virtually the entire international community and breaks with U.N. Security Council resolutions declaring the settlements to be illegal as they are built on occupied land.

“The U.S. administration has lost its credibility to play any future role in the peace process,” said Nabil Abu Rdeneh, a spokesman for Palestinian President Mahmoud Abbas. "The U.S.' partial bias toward one of the most radical trends in Israel (of illegal settlement building) prevents it from seeing the basic principles of international law," Palestinian Prime Minister Mohammad Shtayyeh told the official Palestinian news agency Wafa. Palestinian factions called for unity against the division of Palestine.

In a statement released by the Turkish Foreign Ministry yesterday, Turkey slammed the U.S. policy shift on illegal Israeli settlements, saying that such move is "another reckless and unlawful example of the U.S.’ efforts to legalize Israel’s illegal activities." Foreign Minister Mevlüt Çavuşoğlu also criticized the decision, writing on Twitter: "No country is above international law. Fait accompli style declarations shall have no validity with respect to international law."

The U.N. human rights office reaffirmed its long-standing position that Israeli settlements in occupied Palestinian territory are in breach of international law, thereby rejecting the Trump administration's revised position. "A change in the policy position of one state does not modify existing international law nor its interpretation by the International Court of Justice and the (U.N.) Security Council," U.N. human rights spokesman Rupert Colville told a Geneva news briefing.

The U.S.' change of policy was widely seen as an attempt to change the legal context for a series of suits and complaints against Israel. The EU’s top court last week ruled that EU countries must identify products made in Israeli settlements on their labels. In addition, the International Criminal Court (ICC) is expected to take key decisions on two cases against Israel in the coming weeks, including on whether Israeli settlements are a war crime according to international law.

The 1978 legal opinion on settlements is known as the Hansell Memorandum. It had been the basis for more than 40 years of carefully worded U.S. opposition to settlement construction that had varied in its tone and strength, depending on the president’s position. The international community overwhelmingly considers the settlements illegal based in part on the Fourth Geneva Convention, which bars an occupying power from transferring parts of its own civilian population to occupied territory.

Even though the Trump administration’s pro-Israeli move is largely symbolic, it could give a boost to Israeli Prime Minister Benjamin Netanyahu, who is fighting for his political survival after failing to form a coalition government following recent elections.

Netanyahu called the Trump administration’s declaration a “huge achievement” that “fixed a historic wrong.” “I think it is a great day for the state of Israel and an achievement that will remain for decades,” he said. He has repeatedly promised that Jewish West Bank settlements will be “part of the state of Israel” and that none will be evacuated in any kind of agreement with the Palestinians. It’s a pledge that has become central to his second election campaign of 2019, following his failure to form a ruling coalition after April’s elections.

Israel has enjoyed strong U.S. support under the Trump administration, which in a highly controversial move overturned decades of U.S. policy to recognize the holy city of Jerusalem as the capital of the Jewish state in 2017. Similar actions have included the movement of the U.S. Embassy to that city and the closure of the Palestinian diplomatic office in Washington. Earlier in 2019, Trump also recognized Israeli sovereignty over the Golan Heights, which Israel seized from Syria in the 1967 Six-Day War, along with the West Bank and East Jerusalem.