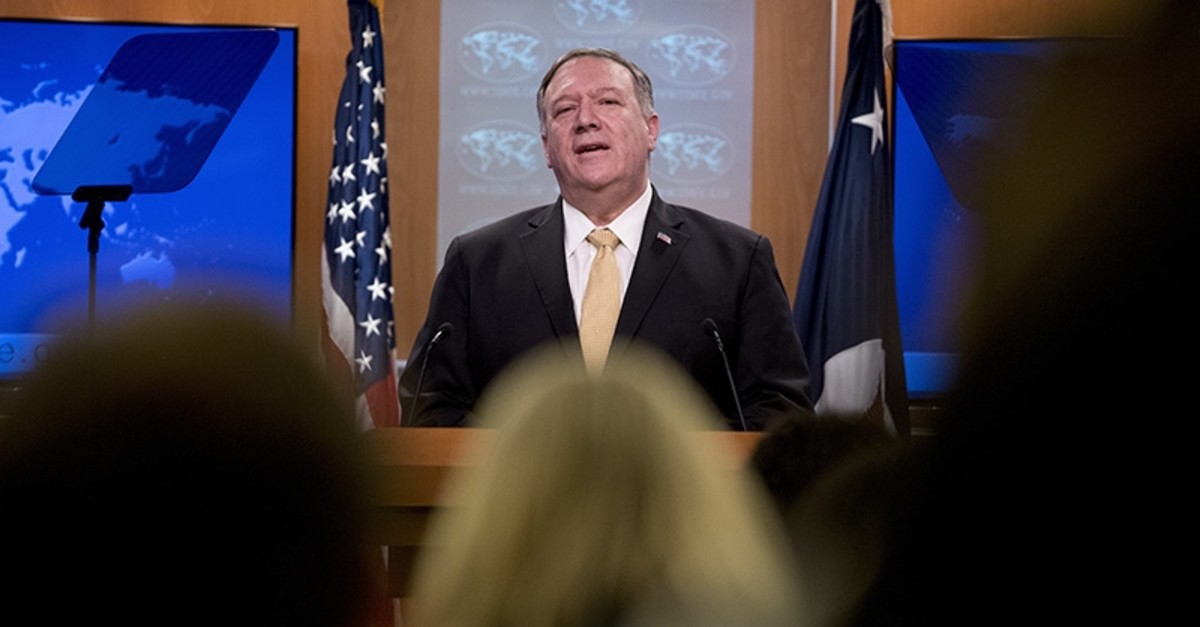 U.S. Secretary of State Mike Pompeo speaks at a news conference at the State Department in Washington, Monday, Nov. 18, 2019. (AP Photo)
by Nov 19, 2019 12:30 am
Secretary of State Mike Pompeo said Monday that the United States is terminating its sanctions waiver related to Iran's Fordo nuclear plant, adding that it is closely monitoring protests in Iran and is deeply concerned by reports of several fatalities.
"The right amount of uranium enrichment for the world's largest state sponsor of terror is zero ... There is no legitimate reason for Iran to resume enrichment at this previously clandestine site," Pompeo said at a press briefing about the Fordo site, where the U.N. atomic watchdog says Iran has been enriching uranium.
He added the waiver will be ended Dec. 15.
Pompeo went on to say that Iran was making "another clear attempt at nuclear extortion" that would lead to further economic and political isolation from the world.
Protests have spread across Iran since Friday, with the powerful Revolutionary Guards warning on Monday of taking action if unrest over gasoline price hikes does not cease. At least 100 banks and dozens of buildings and cars have been torched, state media reported.
"We condemn strongly any acts of violence committed by this regime against the Iranian people and are deeply concerned by reports of several fatalities," Pompeo said. "The Islamic Republic must cease violence against its own people and should immediately restore the ability of all Iranians to access a free and open Internet. The world's watching."