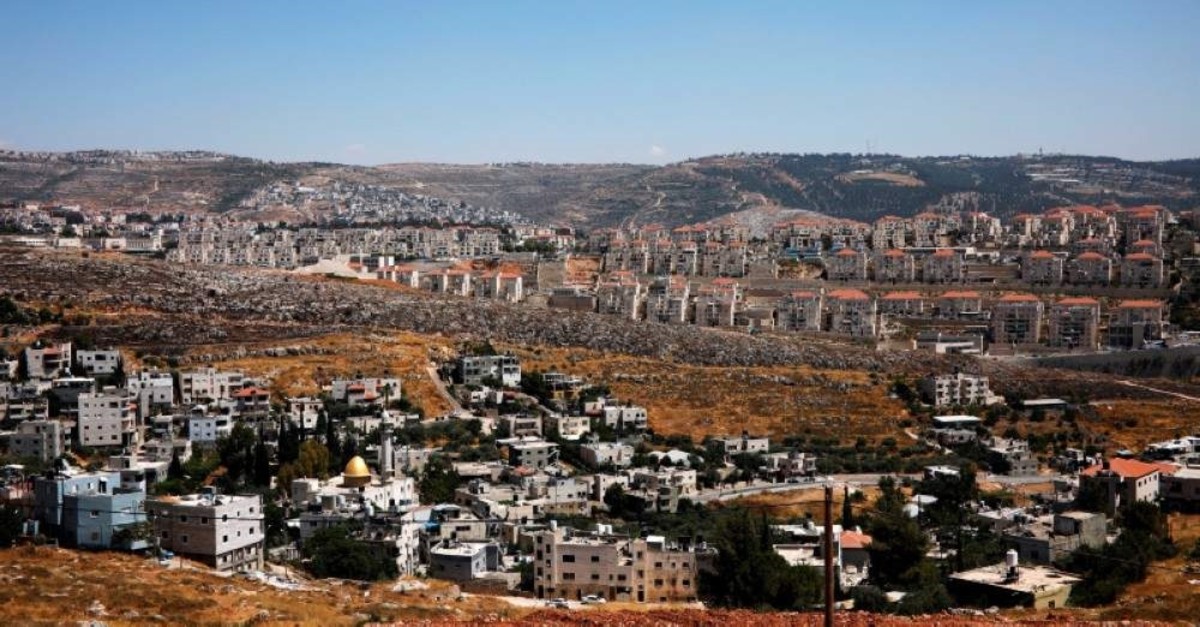 A general view shows Palestinian houses in the village of Wadi Fukin as the Israeli settlement of Beitar Illit is seen in the background, in the occupied West Bank, June, 19, 2019. (REUTERS Photo)
by Daily Sabah Nov 20, 2019 8:56 pm
Canada broke a long-standing policy of declining to support a United Nations resolution condemning Israeli settlements in an effort to distance itself from Washington after the Trump administration announced that it no longer considers Israeli settlements in the West Bank in breach of international law.
On Tuesday, the Trudeau government voted in favor of the resolution put forward by the Palestinian state, North Korea, and Zimbabwe, which condemned Israel over illegal settlements in the West Bank. This was the first vote by Canada against Israel since conservative Canadian leader Stephen Harper came into power in 2006.
The resolution underlined "the urgency of achieving without delay an end to the Israeli occupation that began in 1967" and called on all states "to continue to support and assist the Palestinian people in the early realization of their right to self-determination.”
Canada’s move followed a change in U.S. policy, with Washington refraining from calling Israeli settlements in the Palestinian territories "illegal".
"After carefully studying all sides of the legal debate, the establishment of Israeli civilian settlements in the West Bank is not, per se, inconsistent with international law,” Secretary of State Mike Pompeo announced Monday.
There are more than 600,000 Israelis living in more than 200 settlements in the West Bank and East Jerusalem. With the expansion of settlements, Palestinians see the chances of finding a two-state solution dimming, as they want these areas for a future state.
The U.N. Security Council in 2016 demanded a complete stop to the building of settlements and passed a resolution designating them a violation of international law and a major obstacle to peace in the Middle East.