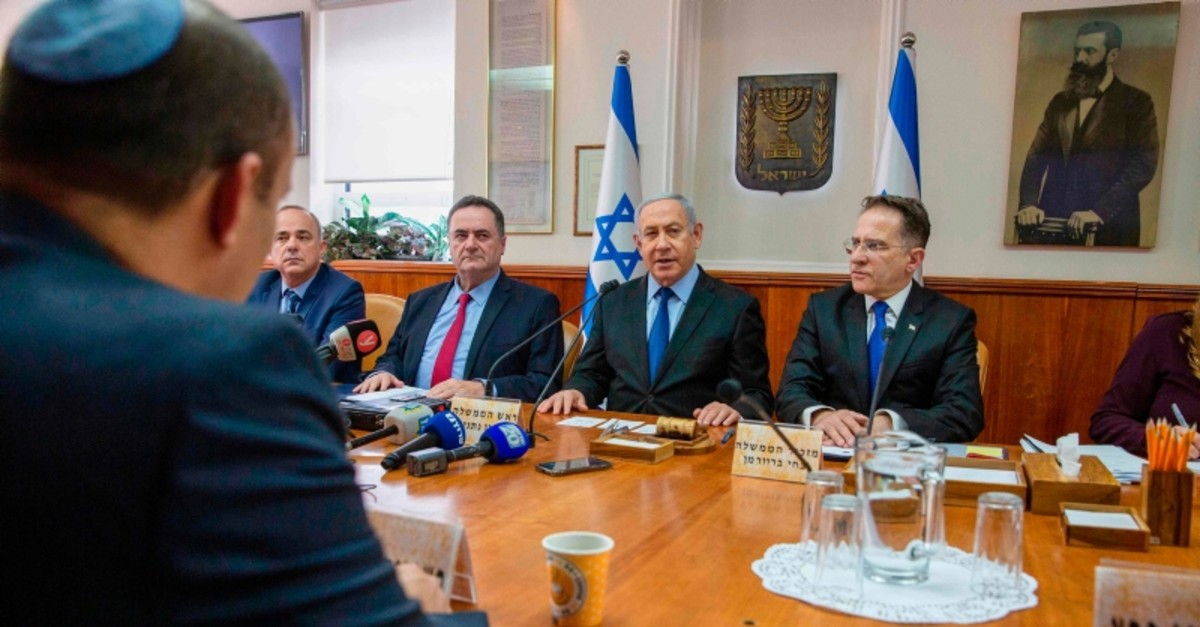 Israeli lawmaker Gideon Saar on Sunday asked the chairman of his Likud party to agree to primary elections by December 11 that could unseat Prime Minister Benjamin Netanyahu as leader.

It marked the first formal attempt from within right-of-centre party to replace Netanyahu as its leader since the country's attorney general announced last week that the premier would be indicted on charges of bribery, fraud and breach of trust.

Netanyahu is also under pressure over his failure to form a government after two inconclusive elections this year, leaving Israel in an ongoing state of political paralysis.

After Netanyahu's latest failure, centre-left Blue and White party leader Benny Gantz was given the chance to build a governing coalition. When his efforts also proved unsuccessful, the mandate was handed back to President Reuven Rivlin.

Rivlin on Thursday formally returned the mandate to the Knesset, Israel's 120-seat parliament, meaning any member can now try to form a coalition by mustering up a 61-seat majority within 21 days, or by December 11.

A third election within a year is now thought increasingly likely.

The Movement for the Quality of Government in Israel on Sunday became the first to file a petition to the High Court of Justice to force Netanyahu to resign over the corruption allegations.

Netanyahu reiterated his determination to stay on as prime minister on Thursday and said the indictment amounted to an attempted "coup."