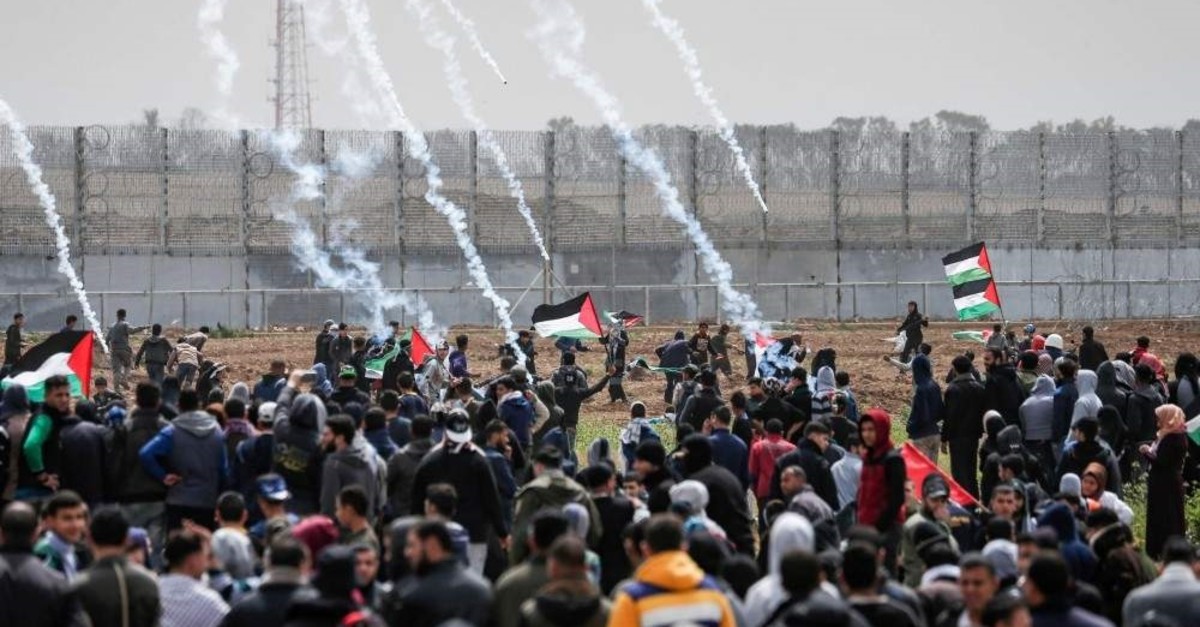 Palestinian protests along the Gaza-Israel border have been canceled for the third week, organizers said yesterday, after the latest escalation of Israeli violence in the occupied territories. A statement by the organizing committee said it had decided to postpone this Friday's marches to "avoid giving an opportunity to the Zionist enemy (Israel)" and due to "the very dangerous security conditions" after a deadly flare-up in Gaza earlier this month. It argued that Israeli Prime Minister Benjamin Netanyahu was looking for an opportunity to divert attention after being indicted on corruption charges, and a new conflict with Gaza could help him do so.

The rallies were canceled the two previous weeks after Israel assassinated a senior Islamic Jihad leader in the Gaza Strip on Nov. 12, sparking two days of unrest in which 35 Palestinians were killed, one of the worst rounds of Israeli-Gaza violence in five years.

Israeli violence has continued amid years of diplomatic paralysis, diminishing hopes for peace and escalating Palestinian frustration. Israel is repeatedly targeted by rockets from Gaza and often responds by conducting retaliatory airstrikes. Palestinians are demanding that the blockade imposed by Israel and Egypt on the territory be lifted and want the return of Palestinian refugees to what is now Israel.

Israel has responded to recent rallies, held every Friday, with deadly force, killing at least 346 Palestinians and injuring thousands more. Israeli forces deployed along the volatile border with the Gaza Strip have been firing live rounds at Palestinian protesters ever since demonstrations against Israel’s long-running blockade of Gaza began in March. Israel was criticized by a U.N. human rights body for its killing of protesters in Gaza and for its treatment of Palestinians, which was declared a “war crime” under the Statute of Rome. The high casualty toll triggered diplomatic backlash against Israel and new charges of excessive use of force against unarmed protesters. Rights groups have branded open-fire orders as unlawful, saying they effectively permit soldiers to use potentially lethal force against unarmed protesters. In the face of growing criticism over Gaza border violence, the Israeli authorities earlier said that human rights laws do not apply to the ongoing Palestinian protests along the Gaza Strip.