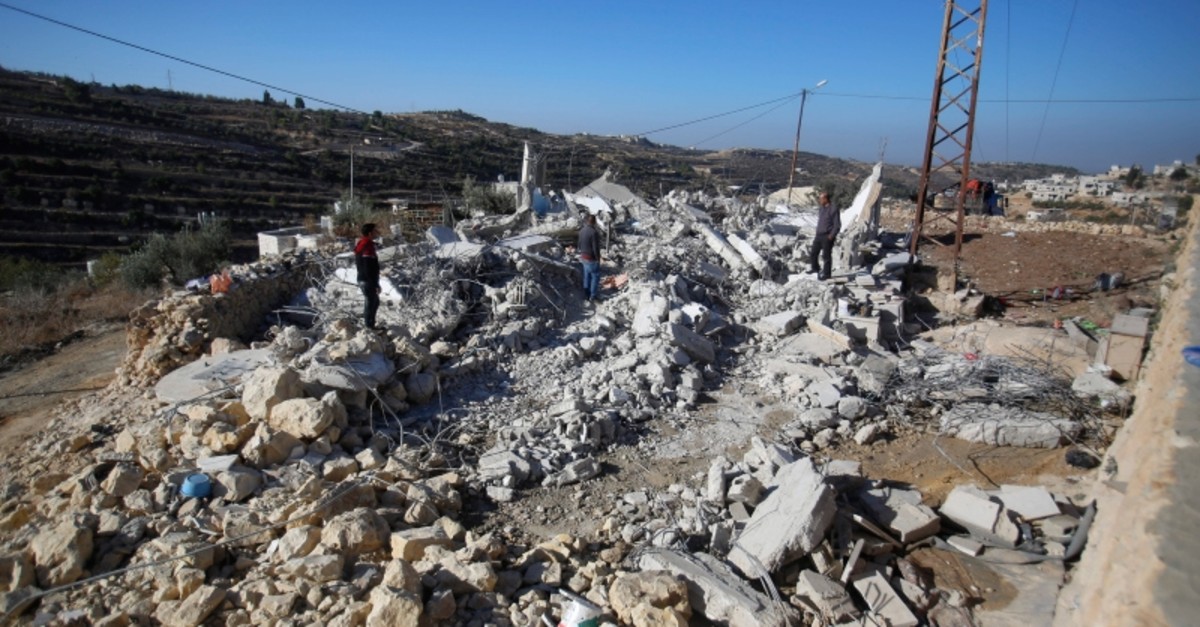 Palestinians looks at houses destroyed by the Israeli military in the village of Beit Kahil near the West Bank city of Ramallah, Thursday, Nov. 28, 2019.(AP Photo)
by Anadolu Agency Nov 28, 2019 2:39 pm

The Israeli authorities accuse the four Palestinians of killing an Israeli soldier in the Gush Etzion settlement, north of Hebron, in early August.

Following the demolition of the four houses, clashes erupted between Palestinians and the Israeli army in Beit Kahel town. The Israeli army used live rounds, rubber bullets and tear gas canisters to disperse the protesters.

Earlier in November, the Israeli rights group, B'Tselem, said that in the period between 2006 and Oct. 31 of this year, Israel demolished at least 1,489 Palestinian residential units in the West Bank, not including east Jerusalem, leaving 6,508 people – including at least 3,264 minors – homeless.