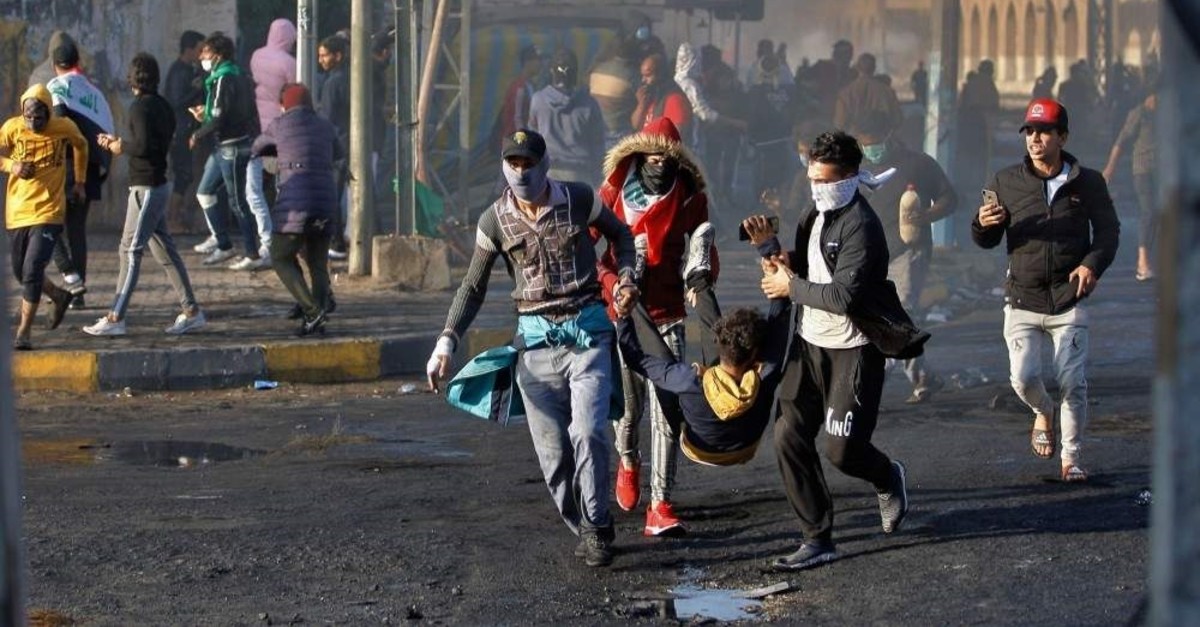 The Iraqi government, which has failed to meet protesters' demands and establish balanced relations with Iran, has become more ruthless after demonstrators burned down the Iranian Consulate in Najaf

In one day, in even less than 24 hours, Iraqi security forces killed at least 44 people. Iraq’s south became a scene of bloodshed, especially after the Iranian Consulate was torched in Najaf. In response to this attack by protesters, Iraqi security forces randomly killed unarmed people. The judicial authorities declared that an investigation was launched to reveal the reasons for this incident. The Supreme Judicial Council, Iraq's highest judicial authority, has formed a three-judge panel to conduct an investigation. Yet, on social media there were claims that the shooters were not Iraqis but Iranians.

Apparently, the Iraqi government has failed so far to prevent disaster. In fact, crisis committees were created in order to increase the cooperation between the provinces and the central government and to enforce the laws properly. The escalation happened after the Iranian Consulate was targeted in Najaf. Prime Minister Adel Abdul-Mahdi ordered the military to be deployed in several provinces to restore order. However, the restoration of order and imposition of security resulted in a "bloodbath," as Amnesty International called the latest incidents.
In a move that followed weeks of violent anti-government protests, Prime Minister Adel Abdul-Mahdi said on Friday he would offer his resignation to parliament to allow lawmakers to choose a new government. The Iraqi government’s ruthless response to the protesters have increased the hatred against Iran, which is seen as responsible for the conflicts in the region. Since the very first day, Iraqi protesters have been chanting slogans against Iran and demanding it leave, as Iran has been financing and leading thousands of militias, under different militant groups but mainly the Hashdi Shaabi. These militias are, allegedly, organized by Gen. Qasem Soleimani. That’s why the Iraqi protesters were burning his pictures or slapping them with their shoes. Iran has repeatedly denied its role in the bloodshed. However, according to leaked Iranian documents, obtained by the Intercept last week, the Tehran administration is a key player in Iraq’s internal affairs. These documents reveal Iran’s influence in Iraq, “detailing years of painstaking work by Iranian spies to co-opt the country’s leaders, pay Iraqi agents working for the Americans to switch sides, and infiltrate every aspect of Iraq’s political, economic and religious life.”

Moreover, Iran’s sectarian policies seem to have failed as well. The center of the protests is not only Baghdad but also the southern cities, where the Shiite majority lives. Karbala or Najaf have been witnessing the anger of the Iraqis. Despite the fact that these cities are accepted as holy sites because the murdered grandson of the Prophet Muhammad, Hussein and some other relatives are buried there. Iraqis are on the streets regardless of their sect. Both Shiites and Sunnis are protesting the government and accusing it of becoming a puppet of the Iranian regime.

According to medical sources, the death toll has reached 400 since the protests began at the beginning of October. Protesters claim that this number is the official one and the real death toll is much higher. The Iraqi government has failed to protect its own people, meet their demands and create balanced relations with Iran.