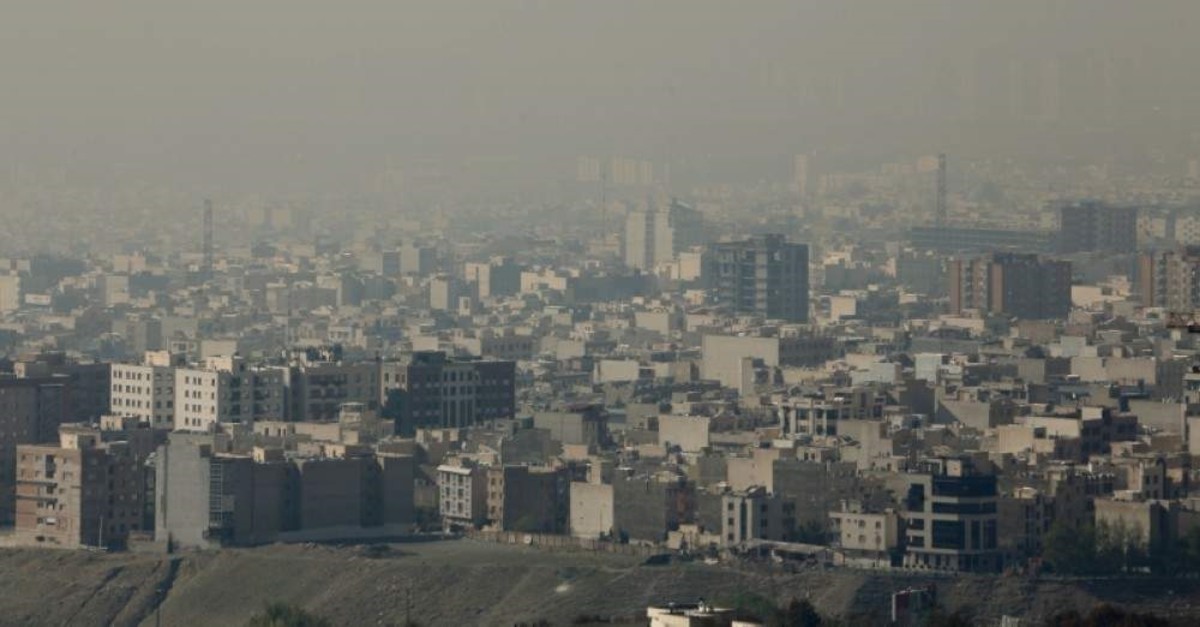 A general view taken from Western Tehran shows a blanket of brown-white smog covering the city as heavy pollution hit the Iranian capital on November 13, 2019. (AFP Photo)
by Nov 30, 2019 12:07 pm

On Saturday, air pollution forced the closure of schools and universities in various parts of Iran, including the capital Tehran, which was cloaked by a cloud of toxic smog, state media reported.

The decision to shut schools and universities in the capital was announced late Friday by deputy governor Mohammad Taghizadeh, after a meeting of an emergency committee for air pollution.

"Due to increased air pollution, kindergartens, preschools and schools, universities and higher education institutes of Tehran province will be closed," he said, quoted by state news agency IRNA. An odd-even traffic scheme was imposed to restrict the number of private vehicles on roads in the capital and trucks were banned outright from Tehran province, IRNA reported.

The young and elderly, as well as people with respiratory illnesses, were warned to stay indoors and sporting activities were suspended on Saturday, the start of the working week in the Islamic republic. Schools were also closed on Saturday in the northern province of Alborz and in the central province of Esfahan, IRNA reported, citing officials.

Other areas where schools were shut included the northeastern city of Mashhad, Orumiyeh city in northwestern Iran and Qom, just south of Tehran. In Tehran, average concentrations of hazardous airborne particles reached 146 micrograms per cubic meters on Saturday, according to air.tehran.ir, an official site monitoring pollution levels.

The pall of pollution has shrouded the sprawling city of eight million for days and is only expected to dissipate on Monday when rain is forecast.
Air pollution was the cause of nearly 30,000 deaths per year in Iranian cities, state media reported earlier this year, citing a health ministry official. The problem worsens in Tehran during winter, when a lack of wind and the cold air traps hazardous smog over the city for days on end -- a phenomenon known as thermal inversion.

Most of the city's pollution is caused by heavy-duty vehicles, motorbikes, refineries and power plants, according to a World Bank report released last year.