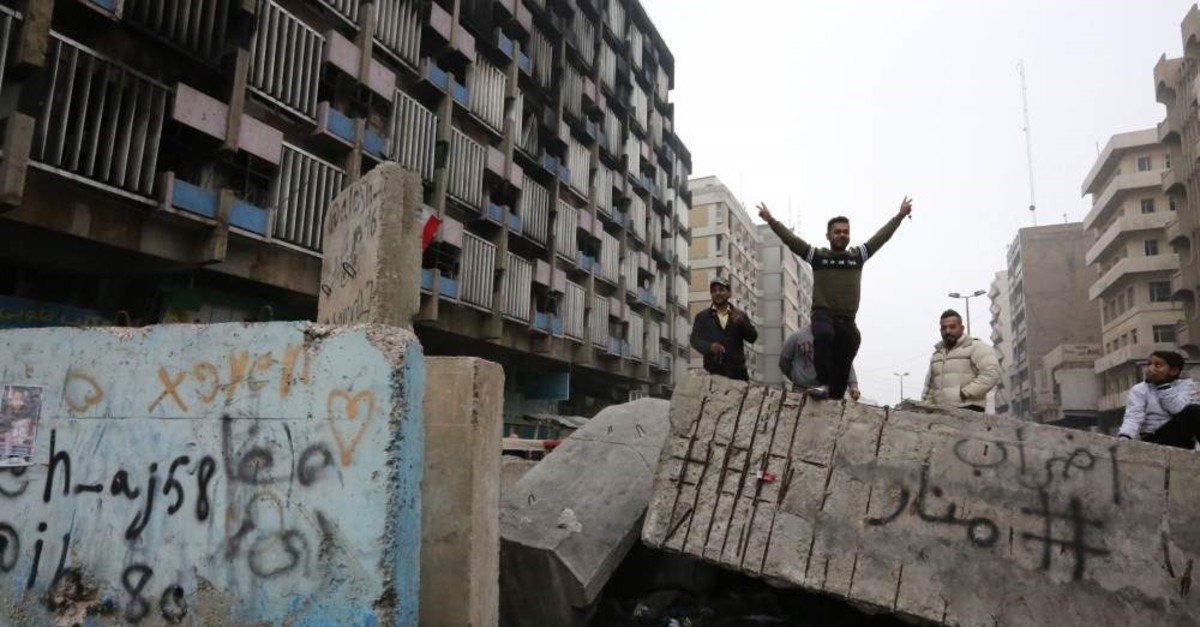 Thousands attended angry protests in Baghdad and southern Iraq over the weekend, grieving but defiant after 25 people were killed in an attack the previous day that demonstrators described as "slaughter." The protest movement faced another worrying turn on Saturday after an armed drone targeted the home of influential Shiite cleric Moqtada Sadr, an attack his office said could lead to "civil war." It was among the deadliest since Oct. 1, when thousands of Iraqis first took to the streets calling for sweeping political reforms and the end of Iran's influence in Iraqi affairs.
Friday's attacks also came hours after Washington slapped sanctions on the leader of Asaib al-Haq, a powerful Iran-backed militia accused of being behind deadly sniping attacks on protesters. The U.S. Treasury sanctioned leader Qais al-Khazali, his brother Laith al-Khazali, a commander in the group, and Husain Falih Aziz al-Lami. Demonstrators feared the attacks would be followed by armed street fighting and more violence that would undermine the peaceful tone of their mass rallies.
Anti-government activists blame the attacks on Iran-backed militias, which have staged similar assaults against protester sit-ins in the capital and the country's southern cities. On Thursday, the militias attempted to hold their own demonstration in the square to counter anti-government protesters, many of whom were attacked with knives by unknown assailants. They later withdrew. Members of the Popular Mobilization Units, an official umbrella organization comprising an array of Shiite militia groups, have said the attacks during the protests have been aimed at infiltrators of the anti-government movement who were looking to cause disturbances.
Iraqis are on the streets regardless of their sect. Both Shiites and Sunnis are protesting the government and accusing it of becoming a puppet of the Iranian regime. Southern Shiite shrine cities have become the center of the months-long protests in Iraq as unrest pits disaffected Shiite protesters against a Shiite-dominated government backed by Iran.
For the last two weeks, the center of the protests has not only been Baghdad but also the southern cities, where the Shiite majority lives. Karbala and Najaf have borne the anger of the Iraqis, despite the fact that these cities are accepted as holy sites because the murdered grandson of the Prophet Muhammad, Hussein, and some other relatives are buried there. The death toll from anti-government protests has risen to 460 since the leaderless uprising shook Iraq on Oct. 1, according to Iraq’s Independent High Commission for Human Rights. Protesters claim that the real death toll is much higher than the figure being given by authorities. The Iraqi government is accused of failing to protect its own people, meet their demands and create balanced relations with Iran.