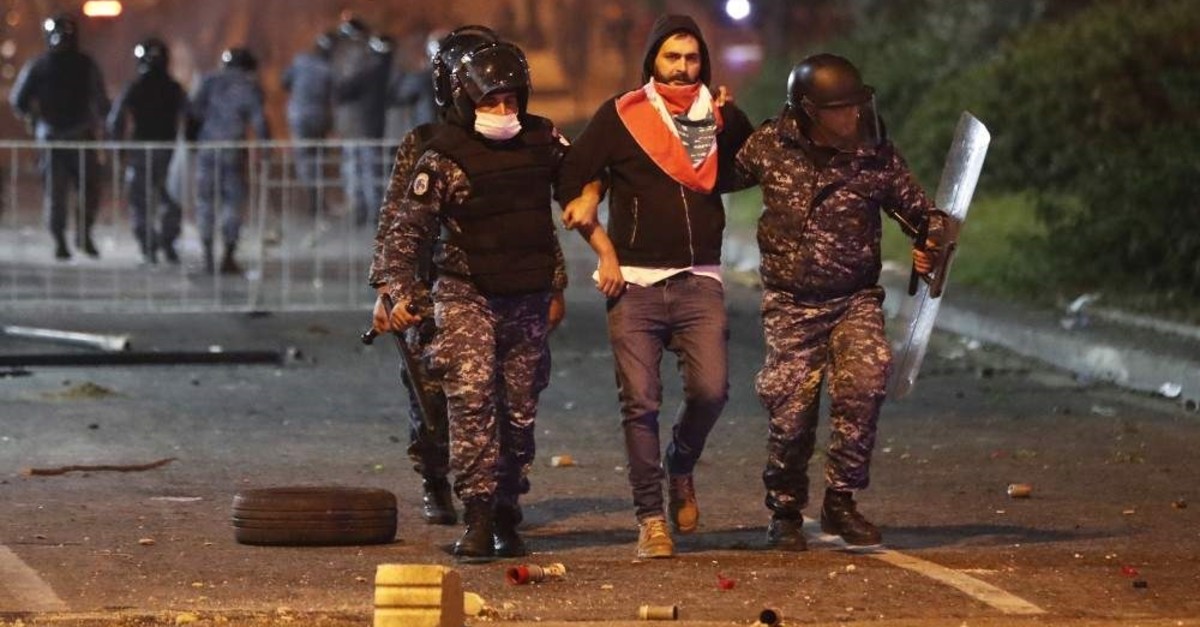 Yesterday morning's violence around the epicenter of the protest site in Beirut was some of the worst since the demonstrations began two months ago. Lebanese security forces fired rubber bullets, tear gas and used water cannons to disperse protesters in clashes that lasted for hours.

More than 130 protesters were reported injured by The Red Cross and the Lebanese Civil Defense, including some beaten repeatedly with batons by security forces. The clashes brought the downtown area to a standstill for over eight hours as security forces fired a stream of tear gas canisters at the hundreds of protesters, who set fires in trash cans on the main streets, in part to mitigate the effects of tear gas.

The protesters pelted police with stones in scenes not seen in the capital since the demonstrations began on Oct. 17. At one point, the scuffles reached the headquarters of one of the main Lebanese political parties, the Kataeb, where many protesters were taking cover. The head of the party, Samy Gemayel, appeared on local TV stations as he tried to separate the protesters from advancing security forces.
Just hours following the first incident, protesters in northern Lebanon set fire to the offices of two major political parties, according to the state-run National News Agency.

The trouble started Saturday when dozens of men, some wearing masks, threw stones and firecrackers at security forces on one edge of the protest camp in central Beirut. They reportedly were supporters of the Shiite Hezbollah and Amal groups, angered by some of the criticism of their leaders by the protesters.

It was the second time last week the groups tried to attack the protest camp. The National News Agency said one member of the security forces was injured. Local leaders, including a mosque preacher, appealed to calm.

Hours later, hundreds of protesters, including women, gathered outside parliament, hundreds of meters away from the protest camp. Chaos ensued with reports of an attack on the rally, leading to a confrontation with security forces who tried to disperse the protesters. For the first time since the demonstrations erupted in Beirut, anti-riot police fired rubber bullets as they chased the demonstrators away from the area.

Lebanon is facing one of its worst economic crises in decades, and the protesters accuse the ruling political class in place for three decades of mismanagement and corruption. The country has been gripped by street protests since mid-October and the economic and political turmoil there has generated Lebanon's worst crisis since the 1975-1990 civil war.

The government, headed by former Prime Minister Saad Hariri, resigned Oct. 29, two weeks after the nationwide protests began. Political groups have been unable to agree on a new candidate while protesters have been calling for a government unaffiliated with established political parties.

Local TV station LBC showed dozens chanting against Hariri, who is emerging as the favorite candidate.

Lebanon's President Michel Aoun is expected to hold parliamentary consultations today in order to appoint a new prime minister who will be tasked with forming a new government to tackle the serious economic crisis in the country.