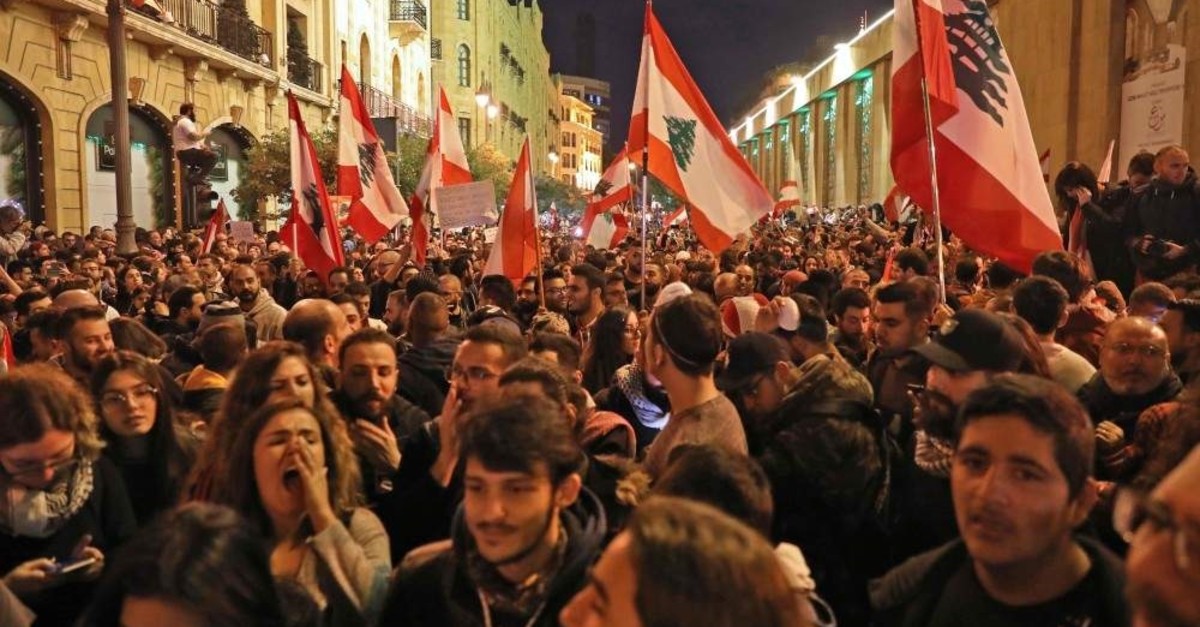 After a particularly violent weekend in Beirut, over the course of which security forces fired tear gas, rubber bullets and water cannons for two straight days in an attempt to disperse hundreds of protesters, parliamentary consultations for the naming of a new prime minister were postponed, further increasing political instability in the Lebanese capital. The presidential palace said the consultations, which had been planned for yesterday, would take place on Thursday instead, following a special request from outgoing Prime Minister Saad Hariri.

The crackdown was the toughest so far on the anti-government demonstrations that have rocked the country since mid-October, paralyzing the nation and plunging the tiny Arab country into unprecedented political and financial turmoil. With growing discontent against the political elite, protesters have prevented lawmakers from forming a government, having forced the postponement of the formation of a new Cabinet.

The Associated Press (AP) stated that on Sunday, two tents set up by demonstrators in the central Martyrs' Square, the epicenter of protests, were set on fire. After hours of clashes, the army was deployed around central Beirut, putting an end to pitched street battles. The medical unit, the Lebanese Civil Defense, said it had transferred 20 injured people to hospitals, having it treated over 70 protesters on site. Clashes over the weekend, mainly in the evenings, left more than 130 people injured in Beirut, according to the Red Cross and the Lebanese Civil Defense. The Red Cross said none of the injured were in serious condition and most were treated on the spot.

The weekend violence erupted after it became evident that Hariri would likely be renamed to the post, something the protesters reject outright in demand of a Cabinet made up of independent technocrats and an independent head of government not affiliated with the existing parties. Lebanon's prime minister, who due to the confessional nature of the country's constitution must be a Sunni Muslim, is appointed in binding consultations convened by the head of state and lawmakers. The president must designate the candidate with the greatest support among the 128 of the latter. The names of various potential candidates to replace Hariri have been circulated in recent weeks but have bitterly divided political parties in the multi-confessional country have failed to agree on a new premier.
Hariri has been seen as the only candidate for the position since he enjoys the backing of the Sunni religious establishment and all efforts to form a consensus on numerous other Sunni figures have come to naught. Earlier this month, the Sunni Muslim establishment threw its support behind Hariri's return, further angering protesters who have demanded a Cabinet of independent experts.

Across Lebanon, protesters have been holding demonstrations since Oct. 17, demanding an end to widespread corruption and mismanagement by the political class that has ruled the country for three decades. Hariri, who included Hezbollah members in his Cabinet, resigned a month ago in the face of major street protests. He has said he would only return as prime minister of a cabinet of specialist ministers, believing this would satisfy protesters and allow the government to address the crisis and attract foreign aid.
His resignation, however, led to another crisis, as parties failed to reach a compromise for a new government. Supporters of Shiite political party Amal and fellow-Shiite militant group Hezbollah were influential in the coalition government led by Hariri, thus opposing his resignation.
Although the protests have united all Lebanese sectarian and ethnic groups against the ruling elites, tensions have since emerged between protesters and supporters of Hezbollah and Amal, the latter rejecting criticism of their leaders.