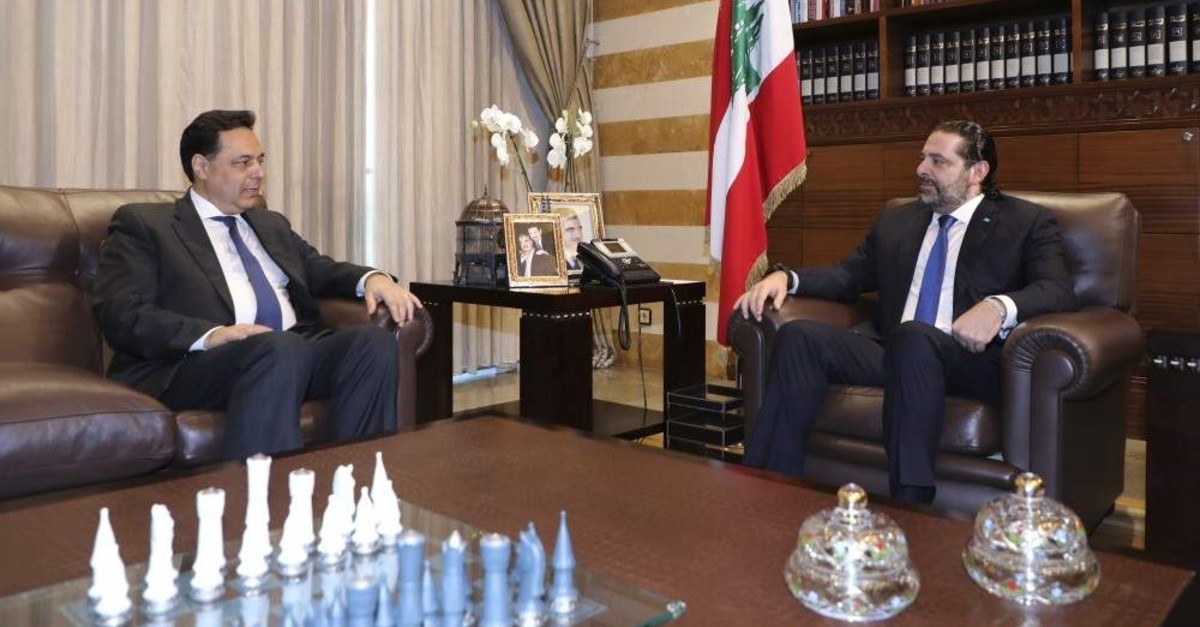 Protesters blocked roads across crisis-hit Lebanon Friday in protest against the decision to select Hezbollah-backed prime ministerial candidate Hassan Diab for the role, in a divisive vote that sparked uproar among members of the Sunni community. The unrest came ahead of a series of planned meetings between Diab and Sunni political leaders as well as a visit by David Hale, the number three official of the U.S. State Department.

Lebanon's newly designated Prime Minister Diab said in an interview with Deutsche Welle that he would work on forming a government within six weeks to help pull the country out of a deepening economic and political crisis. Diab, an academic and former education minister, was designated on Thursday as the country's next prime minister with the support of Iran-backed Hezbollah and its allies. "Previous governments over the last decade have taken a year to form governments, but I seek to form a government in the next four weeks or a period that does not exceed six," Diab said. The designation set the stage for a cabinet that excludes allies of the U.S. and Sunni Gulf Arab countries while underlining the influence of Iran's proxies in Lebanon.

According to the sectarian-based power-sharing system that has prevailed since the end of the 1975-1990 civil war, the position of prime minister is held by a member of the Sunni Muslim community. Saad Hariri had been tipped in recent days to return to his job, seven weeks after an unprecedented wave of protests condemning corruption and sectarianism forced him out. But the 49-year-old two-time premier bowed out on Wednesday, claiming that his political rivals were opposed to a technocrat-dominated government that he planned to form. His party stopped short of throwing its weight behind Diab, who was endorsed by Hezbollah and its political allies. The move raised fears that a government lacking the support of all of Lebanon's factions could struggle to secure desperately needed foreign support to rescue an economy that is teetering on the brink of bankruptcy.

The violence in Lebanon resurged after the Lebanese president on Monday postponed talks on naming a new prime minister. The names of various potential candidates to replace Hariri have been circulated in recent weeks but have bitterly divided political parties in the multi-confessional country have failed to agree on a new premier. Hariri was seen as the only candidate for the position since he enjoys the backing of the Sunni religious establishment and all efforts to form a consensus on numerous other Sunni figures have come to naught. Earlier this month, the Sunni Muslim establishment threw its support behind Hariri's return, further angering protesters who have demanded a Cabinet of independent experts.

Across Lebanon, protesters have been holding demonstrations since Oct. 17, demanding an end to widespread corruption and mismanagement by the political class that has ruled the country for three decades. Hariri, who included Hezbollah members in his Cabinet, resigned a month ago in the face of major street protests. Although protests have united all Lebanese sectarian and ethnic groups against the ruling elites, tensions have since flared between protesters and supporters of the Shiite political party Amal and the fellow-Shiite militant group Hezbollah, the latter rejecting criticism of its leaders.