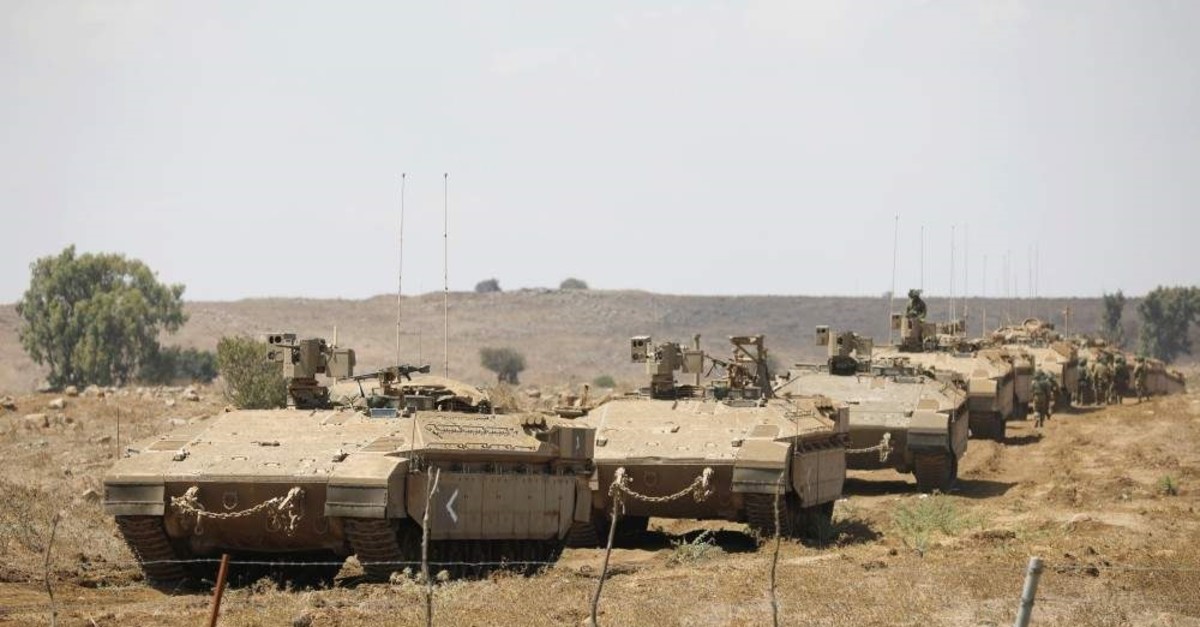 In a new attack on Iranian positions on Syrian soil near Damascus, the Knesset once again acted on its concern rooted in Iranian presence near territories occupied by Israel

The Israeli army targeted Syrian and Iranian positions near Damascus, the Israeli media reported; while the Syrian state, in a statement, said missiles fired were intercepted. Though Israeli army officials remained silent and refused to issue a statement, the attacks show that Israel is determined to keep its frontiers clear of Iran and its proxies.

According to reports released Sunday night, the Israeli army fired missiles into Syrian territory, targeting specific Syrian and Iranian positions. One of the missiles landed in a populated area in one of Damascus' suburbs. No causalities were reported. Moreover, Israeli jets were heard in Lebanon's skies during the night, indicating that the Israeli army may have been planning to carry out aerial attacks as well. The Syrian state television station SANA claimed that the Syrian regime successfully intercepted the missiles, downing one. Israel's daily Haaretz reported that "four cruise missiles were believed to have been launched across the coast through Lebanese airspace toward Syria."

The Britain-based Syrian Observatory for Human Rights, an opposition war monitoring group that has observers across the country, said the missile attacks targeted Iranian and Syrian positions near Damascus, namely near the Israeli-occupied territories.

The attacks are considered to be a continuation of the "wide-scale" operation, launched by Israel against Iran and its proxies in Syria. Israel has been carrying out an operation against Iranian positions and its allies, like the Lebanon-based Shiite militant group Hezbollah. Since the war broke out in Syria in 2011, Israel's main concern was the expansion of Iranian power into Syrian lands through proxy groups, primarily Hezbollah, and deploying its own troops. Israel had been carrying out aerial attacks on Iranian and Syrian positions near the Golan Heights and Damascus. Israel has been arguing that Iran's presence in Syria was a direct threat to its national security. Moreover, Israel has repeatedly claimed that Iran was building military bases near the Golan Heights and providing military equipment to Hezbollah, including the necessary materials to make nuclear weapons.

In fact, Israel's main concern seems to be its expansion into Syrian soil. Since the war broke out in Syrian in 2011, Israel has not been concerned with toppling the Bashar Assad regime but has preferred to observe the course of events. Israel's contradictory policy on Syria since the beginning of the war boosted the potential for aggression and conflict. While the Western-backed opposition groups have lost power and territories, the U.S. has backed PKK-affiliated groups in Syria, including the Democratic Union Party (PYD) and its armed wing, the YPG, under the pretext of combating Daesh. Since moderate groups have been crushed in the multiparty conflict, Iran and its proxies have gained more power, becoming a security threat for Israel.