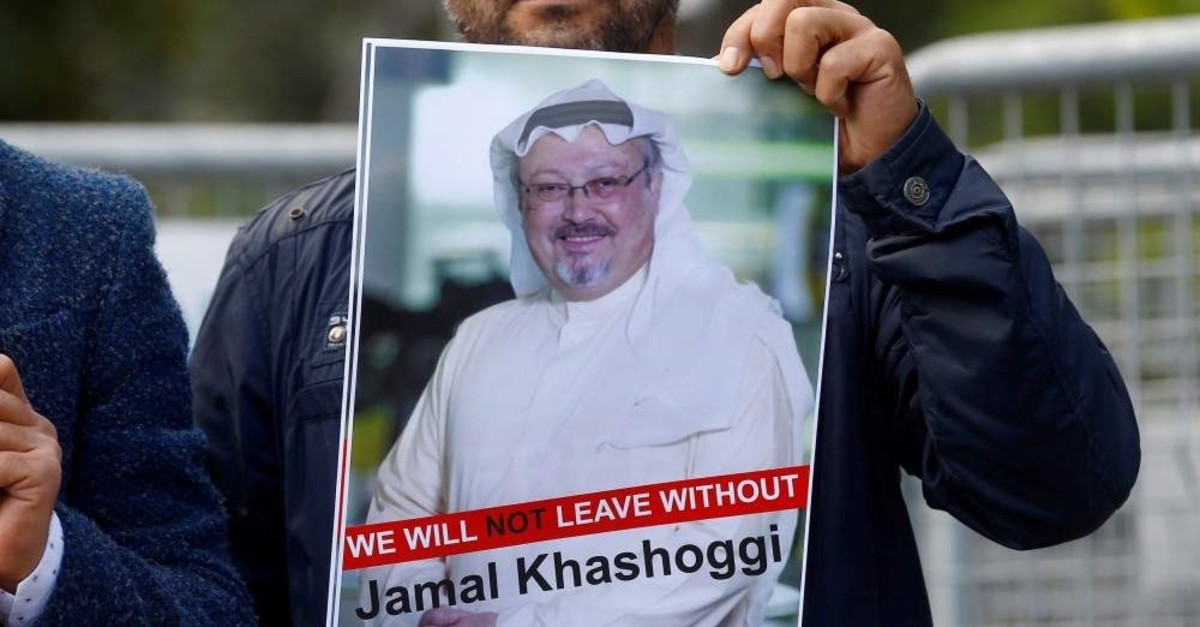 Amid Saudi Arabia's efforts to turn the page on the murder of Saudi journalist Jamal Khashoggi, international pressure continues to grow on Riyadh to bring the real perpetrators to justice

Saudi Arabia's trial on the murder of Saudi journalist Jamal Khashoggi, which resulted in the clearing of two former top aides to Crown Prince Mohammed bin Salman (MBS), has caused mounting global pressure on Saudi Arabia. On Monday, a court in Riyadh sentenced five men to death for Khashoggi's killing despite intelligence agencies concluding it could only have been ordered by the Saudi crown prince. A U.N. investigator said the masterminds have walked free as the country has been receiving increasing criticism over the murder.

"I knew from the start that the trial will not focus on the chain of command, so there's nothing surprising in the verdict. I was expecting a verdict that would focus only on the hitmen and will target the little people," the U.N. special rapporteur on extrajudicial killings, Agnes Callamard said in an interview with the German Press Agency (DPA).

The verdict underscores Saudi efforts to turn the page on one of its worst diplomatic crises that tarnished MBS' global reputation and sparked intense scrutiny of the kingdom's human rights record. It is also seen as an attempt to divert attention from the actual figures culpable for the murder by concentrating merely on the killers themselves, and not on those who made the decision and gave the orders.

The case is likely to remain a headache for Saudi Arabia even as it seeks to reboot its international image ahead of next year's G20 summit in Riyadh. While five of the 11 unnamed individuals indicted in the case were sentenced to death and three more jailed over the killing of Khashoggi, Saud al-Qahtani, a former key counselor to the crown prince, was released without charge along with Ahmed al-Assiri, a high-ranking adviser close to the royal court and former deputy intelligence chief, and Mohammad al-Otaibi, Saudi Arabia's consul general in Istanbul at the time of the murder.

They were released without charge due to a lack of evidence, according to the prosecutor's statement. Based on the audio recordings of the horrifying conversations between the 15-man Saudi hit squad and Khashoggi recorded before and during the murder, al-Otaibi was present in the building. His phone call with an official from the office of Saud al-Qahtani revealed in detail the plans and preparations made between the Saudi Consulate in Istanbul and the Riyadh administration. The recordings are proof that the murder of Khashoggi was not done without the consent of the Saudi crown prince.

Callamard said in a report in August that the state of Saudi Arabia was responsible for the murder. The report also found "credible evidence" that linked Saudi Crown Prince Mohammed bin Salman to the killing of Khashoggi. The rapporteur noted that she had received no cooperation from Riyadh and minimal help from the U.S. She condemned the trial as a "mockery of justice," saying, "The fact that that the chain of command and the state have not been investigated means that the system that made it possible for Jamal Khashoggi to be killed has not been touched."

Insisting that the verdict was merely a diplomatic demonstration aiming to relieve pressure from the country, Callamard also said that ''Those that carried out the killing have been found guilty of carrying out a killing. And those that ordered them to carry out the killing have not been worried by the trial, have not been charged and therefore are walking free. That's not justice. That's impunity.'' Khashoggi's fiancee Hatice Cengiz also expressed her dissatisfaction on Twitter, saying that the "Saudi announcement is not acceptable."

Criticizing the verdict, Turkey said it will keep up efforts to uncover the Khashoggi killing. Presidential Communications Director Fahrettin Altun called on the international media "to continue investigating this heinous act." "This despicable murder was done at a diplomatic facility against every diplomatic norm imaginable. It is unconscionable and unacceptable. We will follow this case to the end regardless of how high it goes," Altun said in a tweet. Ruling Justice and Development Party (AK Party) Spokesperson Ömer Çelik slammed the Saudi court's verdict as "unsatisfactory," adding that "(it) has proved our concerns right."

The trial, which began in January, has been shrouded in secrecy, raising concerns from Turkish criminal experts who have demanded transparency and independent monitoring of the proceedings. Criminal lawyer Ersan Şen told Anadolu Agency that the decision is not binding for Turkey and called for carrying out a legal process in Istanbul. "A person has been made to disappear on the lands of Turkey. Turkish law and the Turkish Penal Code have been violated," Şen stressed. He added that it is a well-known fact that in whichever country the crime is committed, that country's laws are implemented. Şen also called on the top prosecutors in Istanbul to complete the investigation as soon as possible and file a case by concluding the indictment, even though the fugitives are not arrested. Amnesty International Turkey Office Campaigns and Communications Director Tarik Beyhan said the Saudi authorities are far from transparency and an independent judiciary. "The decision taken by the Saudi judiciary is non-binding for international rights organizations," Beyhan said.

The U.S, on the other hand, looked to be one of the very few that were positive about the progress that Saudi Arabia had made concerning the killing. A U.S. State Department official hailed the verdict as "an important step" in holding the perpetrators accountable, according to AFP. U.S. President Donald Trump is well-known for his close relations with Saudi Arabia. In spite of this, the killing is widely viewed as one of the most scandalous political incidents in recent memory.

Khashoggi was killed and dismembered by a group of Saudi operatives in the country's consulate in Istanbul on Oct. 2, 2018. Initially denying and later downplaying the incident as an accidental killing in a fistfight, Riyadh finally admitted almost three weeks after the disappearance that Khashoggi was murdered in a premeditated fashion but denied any involvement of the royal family. The incident was blamed on lower-level officials, including five who were sentenced to the death among the 21 involved in the case. Ankara has said the statement is not satisfactory and demanded genuine cooperation from Riyadh. Khashoggi's body has not been recovered and the kingdom has remained silent on its whereabouts.