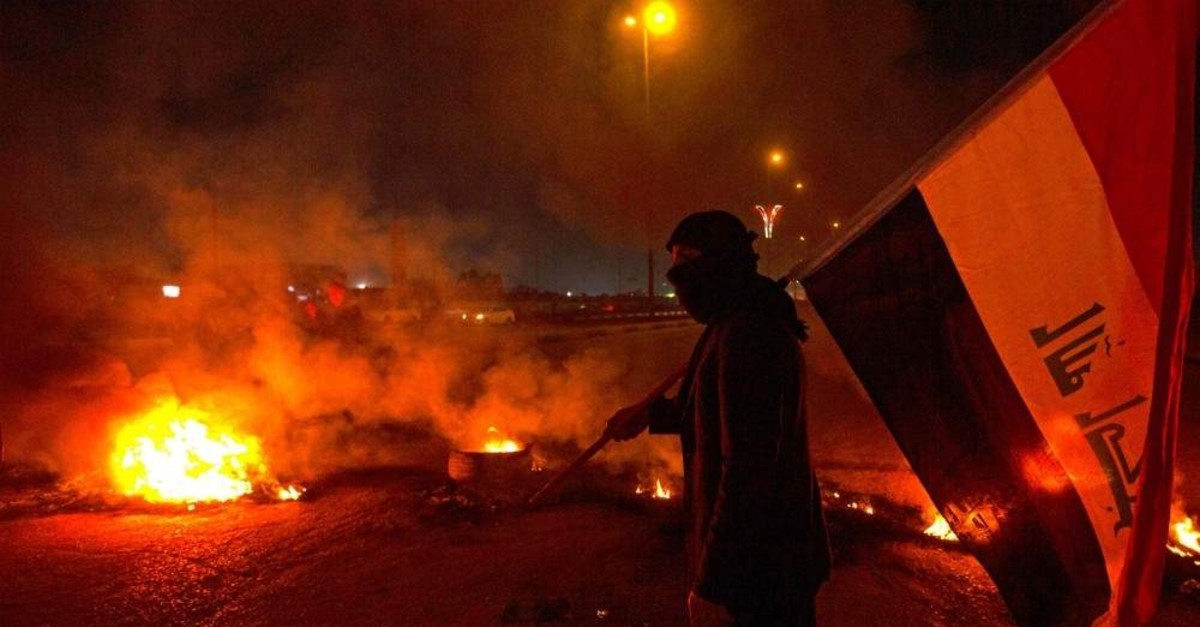 Iraqi protesters stepped up their demonstrations Tuesday while authorities in Baghdad are seeking a way out of the political crisis that has paralyzed the country. Once again the capital's iconic Tahrir Square began filling early in the day, with protesters making clear their opposition as names were touted by the establishment to fill the post of prime minister. Portrait pictures of these candidates, marked by a huge red X, increasingly adorn facades of buildings and tents in the protest area.

After dwindling in recent weeks, the civil disobedience campaign has rediscovered its vigor, as the protesters seek to uproot a political system condemned as deeply corrupt. Negotiations over a candidate to replace Prime Minister Adel Abdel-Mahdi, who quit in November in the face of protests against corruption and unemployment, have remained deadlocked. Iraqi politicians missed another deadline, which expired at midnight Sunday, to name a new prime minister because of disagreements over which is the largest bloc in Parliament. Unable to find a parliamentary majority, politicians are running out of time to name a candidate. Parliament failed to meet as planned Monday as there was no quorum.

Iraq's leaderless uprising has roiled the country since Oct. 1, with at least 400 people killed in the violence. Thousands of protesters are decrying corruption, poor services and a lack of jobs, while also calling for an end to the political system imposed after the 2003 U.S.-led invasion. The government has long been accused of failing to protect its own people, meet their demands and create balanced relations with Iran. They reject Qusay al-Suhail's candidacy for the premiership along with anyone from the wider political establishment that has been in place since Saddam Hussein was deposed in 2003. They are demanding the fall of President Barham Salih and Mohammed al-Halbussi, the parliament speaker, accusing them of procrastinating. Al-Halbusi announced he has dropped his support for Suhail, after a source in the presidency said Salih had vetoed the proposed appointment. Instead, Halbusi has urged his pro-Iran allies to come forward with another name. As soon as the name of Assaad al-Aidani, the governor of Basra, began circulating, however, protests erupted in his oil-rich southern province, with demonstrators blocking roads to the ports, as reported by Agence France-Presse (AFP). Roads to Nasiriyah, Diwaniyah and Hilla in the south were also cut as well as in Kut and the holy Shiite shrine city of Najaf, as strikers stopped government officials from reaching work and closed the doors to schools.