Israel returns to 'assassination policy' against Palestinian groups in Gaza 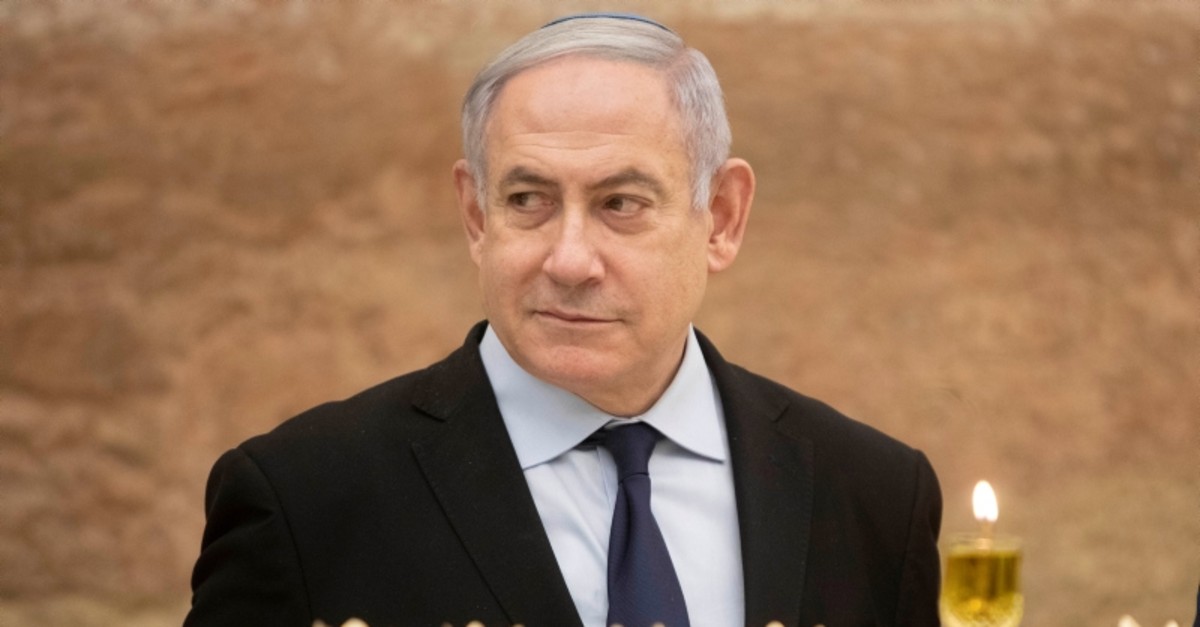 Following the November flare-up, one of the worst rounds of Israeli-Gaza violence in five years, Israeli foreign minister Thursday said Tel Aviv would return to "the policy of assassinations" against Palestinian resistance figures in the Gaza Strip. The move came after a rocket was fired from the Gaza Strip into its southern territory Wednesday, forcing Prime Minister Benjamin Netanyahu to be hustled from a stage during an election rally in the city of Ashkelon. Israeli TV stations showed Netanyahu, who campaigned to keep the helm of the conservative Likud party in an internal election Thursday, being escorted off a stage by bodyguards. The reports said he was taken to a shelter after sirens sounded.

No Palestinian group claimed responsibility for Wednesday's attack. Such sporadic launches of rockets and ensuing Israeli airstrikes have happened frequently despite an Egyptian-brokered cease-fire that ended two days of fighting in November.

It was the second of such an incident after a September appearance by Netanyahu in the nearby town of Ashdod was briefly disrupted by a rocket siren. He was campaigning then for the second general Israeli election of the year. That was believed to have triggered Israel's targeted killing of a senior commander in the Islamic Jihad in November. Israel and Gaza's militants had their worst round of fighting in months as a result in which 35 Palestinians were killed.

Israel sparked the November fighting in Gaza by assassinating Baha Abu Al-Atta, an Islamic Jihad commander it accused of ordering the launch against Ashdod. "[Al-Atta] is no longer around," a video which circulated on social media showing a smiling Netanyahu said after he retook the stage in Ashkelon, to cheers from onlookers. Hamas seeks “understandings” with Israel to alleviate Gaza’s economic and humanitarian crises. The group stayed on the sidelines during the flare-up.

Israel holds Hamas responsible for all rocket attacks coming from Gaza. Since 2008, Israel has fought three wars with Hamas and its allies in Gaza, where two million Palestinians live amid violence, poverty and a 12-year Israeli blockade. Israeli violence has continued amid years of diplomatic paralysis, diminishing hopes for peace and escalating Palestinian frustration. Israel is repeatedly targeted by rockets from Gaza and often responds by conducting retaliatory airstrikes. Palestinians are demanding that the blockade imposed by Israel and Egypt on the territory be lifted and for the return of Palestinian refugees to what is now Israel.

Gaza protests to be scaled back

The organizers of the weekly Palestinian demonstrations along the Gaza Strip's frontier with Israel said Thursday that they will significantly scale down the gatherings early next year. The announcement by the organizing committee of Gaza's Great March of Return is the latest sign that Gaza's Hamas rulers are trying to maintain calm in hopes of strengthening unofficial “understandings” with Israel that would ease a crippling 12-year blockade of the coastal territory. The committee said the demonstrations will only take place once a month, beginning in March, the second anniversary of the protests.

During the November flare-up, the border protests were suspended for three weeks. Israel has responded to rallies, held every Friday, with deadly force, killing at least 348 Palestinians and injuring thousands more. Israeli forces deployed along the volatile border with the Gaza Strip have been firing live rounds at Palestinian protesters ever since demonstrations against Israel’s long-running blockade of Gaza began in March. Israel was criticized by a U.N. human rights body for its killing of protesters in Gaza and for its treatment of Palestinians, which was declared a “war crime” under the Statute of Rome. The high casualty toll triggered a diplomatic backlash against Israel and new charges of excessive use of force against unarmed protesters.