France's military support to Saudi coalition in Yemen under spotlight 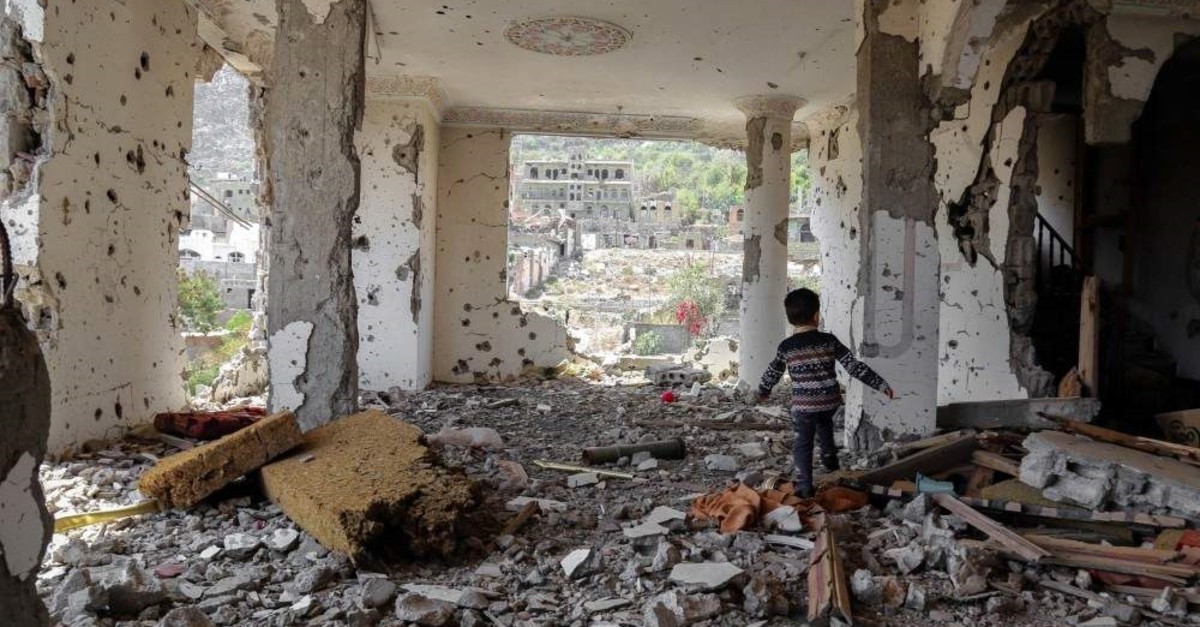 In addition to allegations of complicity in alleged war crimes against civilians in crisis-hit Yemen, France was accused by Yemen's Houthis of providing arms and logistics to the Saudi coalition.

"France has killed and injured more than 38 Yemenis with artillery shelling in [the northern province of Saada which has been under control of Houthis]," Mohamed Al-Houthi, a top Houthi rebel, tweeted on Wednesday. He added that the French legal system was turning a blind eye to these attacks. It was the third time in a month that the same location had been targeted, the U.N. said, adding that the number of killed and wounded in the three attacks has reached 89.

The office of the U.N. human rights coordinator in Yemen did not say who was behind the attack but a Saudi-led coalition has been waging war against the Houthis since 2015, while thousands of Yemeni civilians have died in the relentless airstrikes. The attacks on the market are deeply troubling, said the Yemen U.N. humanitarian coordinator, Lise Grande. "Every attack of this kind is a gross violation. The parties responsible for this, and other atrocities, must be held accountable."

France, the world's third-biggest arms exporter, counts Saudi Arabia and the United Arab Emirates as major clients and has resisted pressure to stop arms sales to Gulf countries. In May, the French government confirmed that a new shipment of weapons was headed for Saudi Arabia. Defense Minister Florence Parly refused to identify the types of arms but reiterated France's stance that they have been used only for defensive purposes by Saudi Arabia since it began its Yemen offensive in 2015.

Pressure mounted on the French government after the investigative news site Disclose leaked a classified military note in April detailing the use of French tanks and artillery in the war against Houthi rebels. Disclose alleged the new shipment included eight truck-mounted Caesar howitzers.

Earlier this year, rights groups held Paris responsible for supporting the Saudi coalition and underestimating the alleged war crimes against civilians in Yemen. "The Saudi regime is one of the most brutal dictatorships in the world and has inflicted a terrible humanitarian crisis on Yemen," said Andrew Smith of the Campaign Against Arms Trade (CAAT) nongovernmental organization. "The destruction would not have been possible without the complicity and support of arms-dealing governments," he said.

A coalition led by Saudi Arabia and the UAE has been using weapons produced in Europe and the U.S. to kill and wound hundreds of civilians in Yemen, according to a report released by a Yemen-based human rights group last month. Saudi Crown Prince Mohammed bin Salman, Saudi Arabia's defense minister and Saudi Arabia's allies launched Operation Decisive Storm in March 2015. The ongoing war has resulted in the worst humanitarian crisis in the world, with an estimated 24 million people, close to 80% of the population, in need of assistance and protection in Yemen, according to the U.N. The World Health Organization (WHO) says some 10,000 people have been killed since the coalition intervened in 2015, but rights groups state the death toll could be five times as high.