Gaza border protests to be scaled back in March 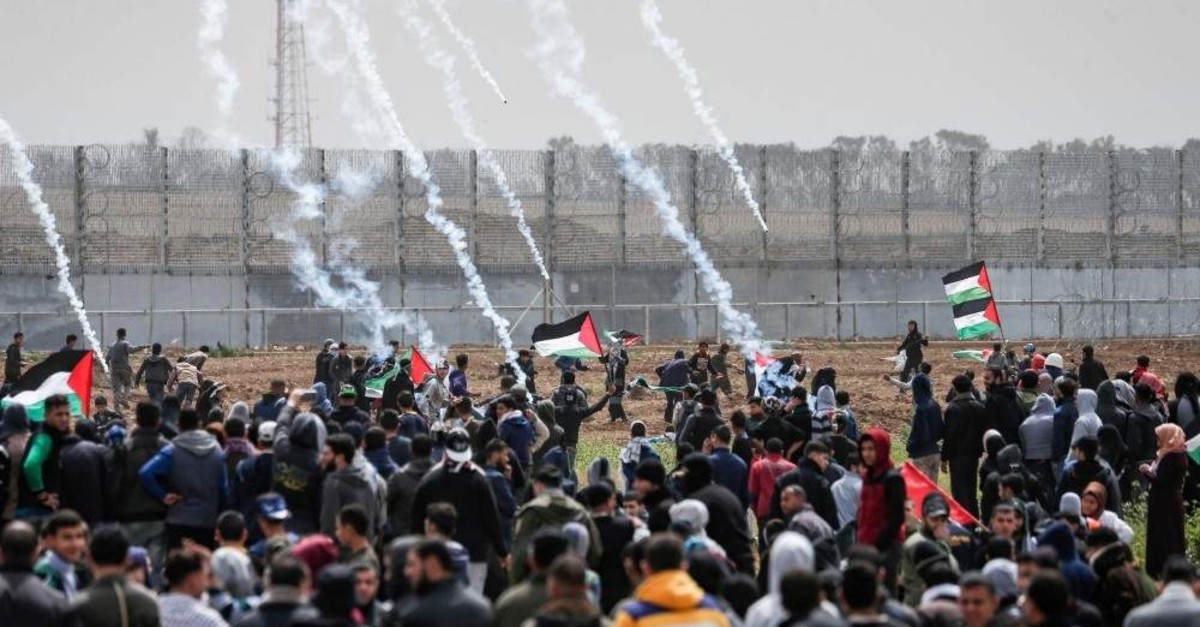 In this March 30, 2019, file photo, tear gas canisters fall among Palestinian protesters during a protest at the Gaza Strip's border with Israel. (AFP Photo)
by Associated Press Dec 26, 2019 3:59 pm

The organizers of the weekly Palestinian demonstrations along the Gaza Strip's frontier with Israel said Thursday that they will significantly scale down the gatherings early next year.

The announcement by the organizing committee of Gaza's Great March of Return is the latest sign that Gaza's Hamas governors are trying to maintain calm in hopes of strengthening unofficial "understandings" with Israel that would ease a crippling 12-year blockade of the coastal territory.

The committee said the demonstrations will only take place once a month, beginning in March, the second anniversary of the protests.

The demonstrations were initially launched as a grassroots effort to draw attention to difficult living conditions in Gaza and to call for the return of Palestinian refugees to long-lost homes in what is now Israel. Some 80% of Gaza's 2 million people are refugees or descendants of refugees who either fled or were forced from their homes during the war surrounding Israel's establishment in 1948.

Israeli fire has killed some 215 Palestinians, most of them unarmed, including 47 people under the age of 18 and two women, according to the Al-Mezan Center for Human Rights. Hundreds of others have been seriously wounded in the demonstrations.

Israel has said it was defending its border against attacks and infiltration attempts. But Palestinians and international human rights groups have accused the Israelis of using excessive force.

An Israeli-Egyptian blockade, imposed after Hamas received control of Gaza in 2007, has ravaged Gaza's economy.

With little to show from the protests, Hamas has begun to tone them down as Egyptian, Qatari and U.N. mediators try to broker a cease-fire agreement that would ease the blockade. Israel has said any progress would depend on a halt to the protests, as well as frequent rocket fire out of Gaza.

Late Wednesday, a rocket attack believed to have been launched by the Islamic Jihad group forced Prime Minister Benjamin Netanyahu off the stage during a campaign stop in southern Israel. Israel responded by bombing a series of Hamas targets. Israel says it holds Hamas responsible for all fire out of Gaza, even rockets launched by other groups.

Thursday's announcement appeared to be an attempt by Hamas to restore calm.