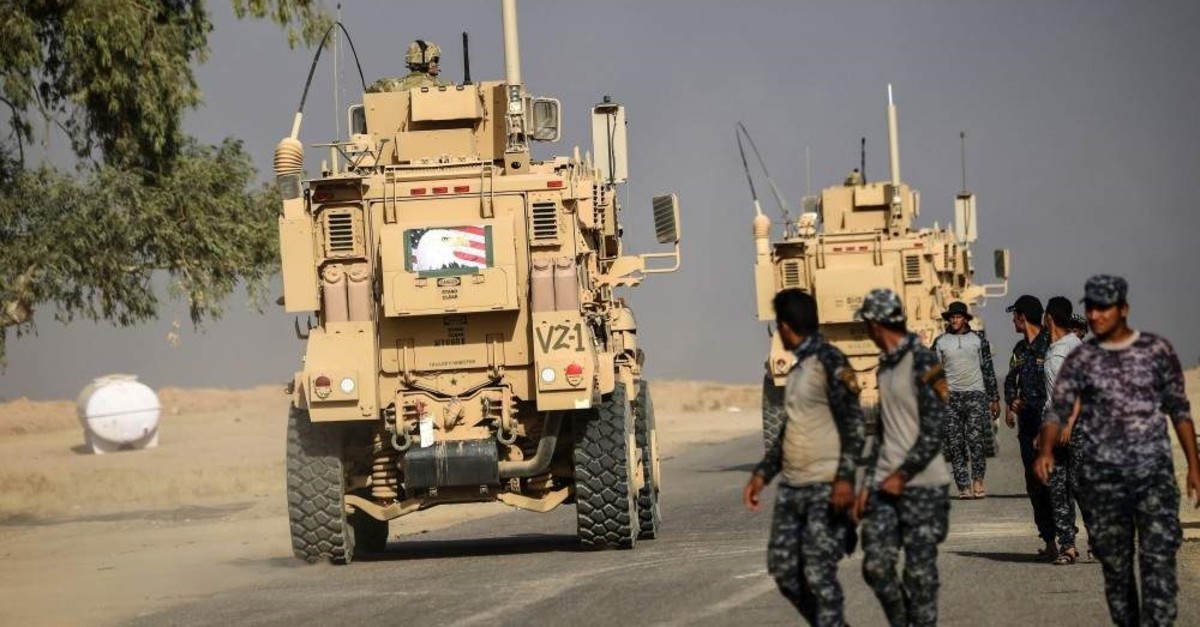 This file photo taken on Oct. 18, 2016 shows members of Iraqi forces walk near by US forces supporting Iraq troops during the operation to recapture Mosul from the Daesh terror group, at the Qayyarah military base, about 60 kilometres (35 miles) south of the city. (AFP Photo)
by Compiled from Wire Services Dec 28, 2019 12:08 am

A U.S. civilian contractor was killed in a rocket attack on an Iraqi military base near the oil-rich city of Kirkuk on Friday, U.S. officials said.

The officials, speaking on the condition of anonymity, said in addition to the contractor being killed, several service members were lightly wounded. The officials cautioned this was initial information.

The Iraqi military said in a statement earlier on Friday that several rockets were launched into Iraq's K1 military base, which houses U.S. and Iraqi forces.
The base, which lies 15 km (9 miles) northwest of Kirkuk, houses U.S. military forces alongside Iraqi forces from the Federal Police and Counter-Terrorism Service, security sources said.

Kemal noted that no casualties had yet been reported, adding that operations had immediately been launched in the area in order to capture the terrorists.

Although it has been two years since Iraq has been cleared of Daesh, the terror group's attacks continue in rural areas.

The US has eight military bases in Iraq, along with the K1 Military Base in Kirkuk.