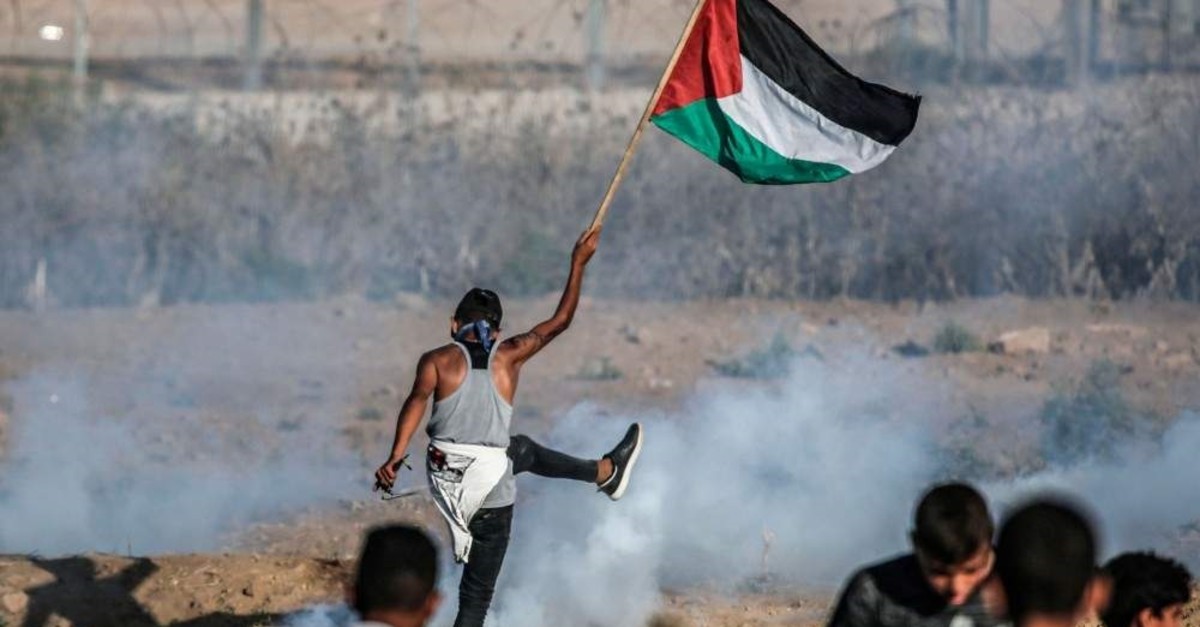 Israel is considering a long-term informal cease-fire with the resistance movement Hamas that controls the Gaza Strip, Israeli media reported on Monday.

Senior Israeli security officials outlined the terms of the Egyptian-mediated agreement to Prime Minister Benjamin Netanyahu's cabinet on Sunday, according to broadcaster Channel 12.

The cabinet is scheduled to discuss the informal deal again within this week, but Channel 12 reported it would come to a vote only after parliamentary elections on March 2. According to Channel 12, the cease-fire would grant a larger number of Palestinian traders entry permits into Israel. It would also expand the fishing zone off the Gaza coast and pave the way for the installation of a gas pipeline.

The move came after Palestinian factions in Gaza announced last week to scale back protests along the fortified border with Israel, in a sign of a lasting detente between Israel and Gaza's rulers Hamas along the volatile frontier.

The announcement by the organizing committee of Gaza's Great March of Return is the latest sign that Gaza's Hamas rulers are trying to maintain calm in hopes of strengthening unofficial "understandings" with Israel that would ease a crippling 12-year blockade of the coastal territory. The committee said the demonstrations will only take place once a month, beginning in March, the second anniversary of the protests.

During the November flare-up, one of the worst rounds of Israeli-Gaza violence in five years, the border protests were also suspended for three weeks. Israel has responded to rallies, held every Friday, with deadly force, killing at least 348 Palestinians and injuring thousands more.

Israeli forces deployed along the volatile border with the Gaza Strip have been firing live rounds at Palestinian protesters ever since demonstrations against Israel's long-running blockade of Gaza began in March. Israel was criticized by a U.N. human rights body for its killing of protesters in Gaza and for its treatment of Palestinians, which was declared a "war crime" under the Statute of Rome. The high casualty toll triggered a diplomatic backlash against Israel and new charges of excessive use of force against unarmed protesters.

Since 2008, Israel has fought three wars with Hamas and its allies in Gaza, where two million Palestinians live amid violence, poverty and a 12-year Israeli blockade. Israeli violence has continued amid years of diplomatic paralysis, diminishing hopes for peace and escalating Palestinian frustration. Israel is repeatedly targeted by rockets from Gaza and often responds by conducting retaliatory airstrikes.

Palestinians are demanding that the blockade imposed by Israel and Egypt on the territory be lifted and for the return of Palestinian refugees to what is now Israel.