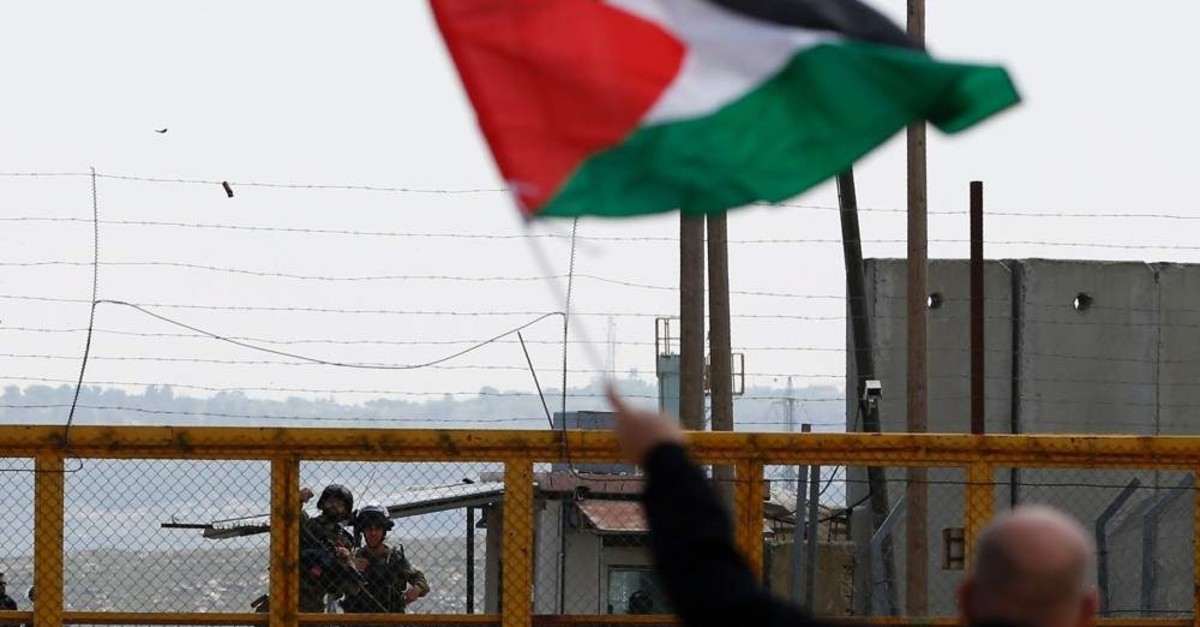 A Palestinian protester waves his national flag in front of Israeli security forces during Land Day commemorations outside the compound of the Israeli-run Ofer prison near Betunia in the Israeli-occupied West Bank on March 30, 2016. (AFP Photo)
by Daily Sabah with AA Jan 01, 2020 2:56 pm

A formal criminal investigation into war crimes allegations in the occupied Palestinian territories is a "momentous step forward in the quest for accountability," a U.N. human rights expert said Tuesday of the International Criminal Court's (ICC) decision.

"Accountability has, until now, been largely missing in action throughout the 52-year-old occupation," Special Rapporteur on Palestinian Territories Michael Lynk said in a statement.

He said that over the years, the international community adopted hundreds of resolutions through the U.N. condemning various aspects of Israel's entrenched occupation of the Palestinian territory but it rarely combined criticism with consequences for Israel. "Now, the possibility of accountability is finally on the horizon."

ICC Prosecutor Fatou Bensouda announced Dec. 20 she was "satisfied that there is a reasonable basis to proceed with an investigation into the situation in Palestine."

The ICC launched a preliminary probe in 2015 into allegations of war crimes and crimes against humanity in Israel and the Palestinian territories. The nearly five-year preliminary investigation has looked at the 2014 Gaza war, which left 2,251 dead on the Palestinian side, the majority civilians, and 74 on the Israeli side, most of them soldiers.

The issue is highly sensitive, with former White House national security adviser John Bolton threatening to arrest ICC judges if they moved against Israel or the U.S. It has also looked at violence near the Israel-Gaza border in 2018.

Earlier this month, the ICC prosecutor refused to press charges over a deadly 2010 Israeli raid on a flotilla bringing aid to Gaza, and urged that probe to be shut. Nine Turkish activists aboard the Mavi Marmara aid vessel, part of a flotilla traveling to the Gaza Strip to deliver humanitarian aid, were killed on May 31, 2010, when Israeli troops stormed the vessel at sea before it reached the Palestinian territories. A 10th victim succumbed to his wounds in 2014 after being in a coma for years.