Proxy wars might be over after direct Iran-US encounter 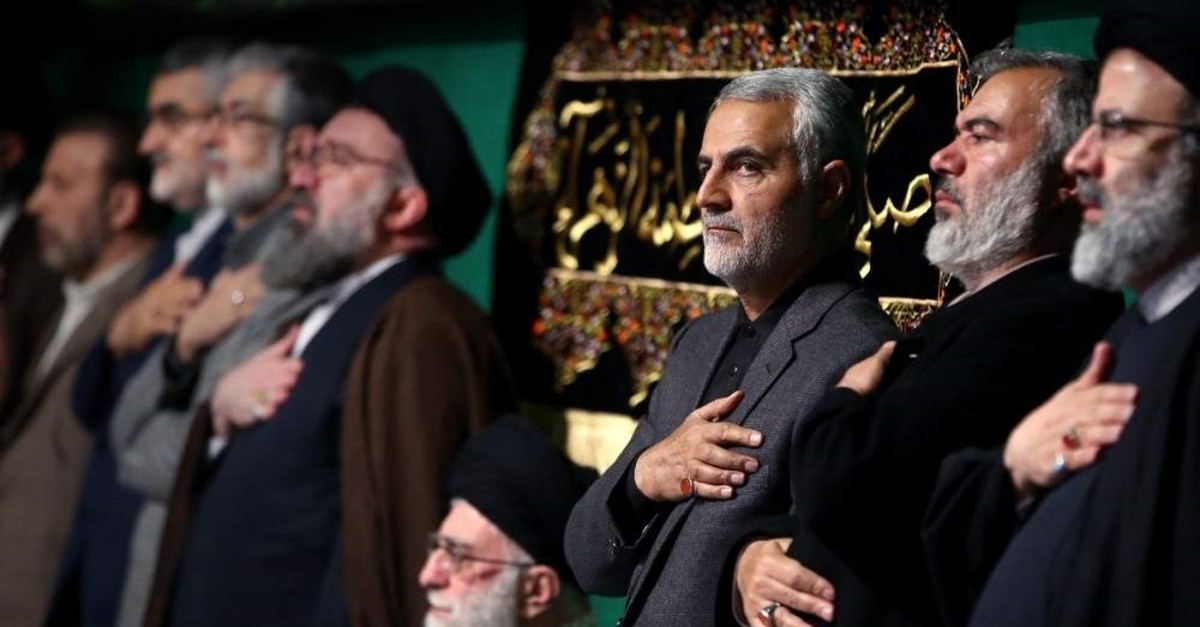 With the killing of Gen. Qassem Soleimani, the U.S. and Iran have been brought face to face in their war in the Middle East, which is likely to bring about a larger crisis on the global scale

In the last decade, the Middle East has been the site of proxy wars among opposing parties, including the U.S., Israel, the Gulf and Iran. The first three actors have been unified against Iran for curbing the country’s influence in the region. Despite all the efforts against it, Iran has managed to assert its control over certain groups like the Lebanon-based Hezbollah or Yemen-based Houthis and make them fight against its rivals. Yet, things seem to have changed on Friday. The U.S. killed Iran’s Qassem Soleimani, the man who organized Iran’s relations with its proxies. His killing is likely to switch the course of the conflict, bringing Iran and the U.S. into direct conflict with each other.

Gen. Soleimani, the head of Iran's elite Revolutionary Guard Corps (IRGC) Quds Force, had returned from Lebanon, where the political crisis is still continuing as thousands of Lebanese people are on the streets chanting slogans against Iran and its proxy group, Hezbollah. When he returned to Iraq, there were thousands of people who have been the streets for months, chanting slogans against Iran and the Iraqi government, which they considered a puppet of Tehran. Soleimani, along with six other generals, including his adviser and the head of the Hashdi Shaabi, Abu Mahdi al-Muhandis, were killed in an airstrike carried out by the U.S. His killing drew unprecedented outrage from the Iranian government, while U.S. President Donald Trump and his cabinet seem to have enjoyed the operation. Iran’s top officials made several statements, vowing revenge against the U.S. Iranian President Hassan Rouhani said “Soleimani’s martyrdom will make Iran more decisive to resist America’s expansionism and to defend our Islamic values. With no doubt, Iran and other freedom-seeking countries in the region will take his revenge.” Iran’s Foreign Minister Javad Zarif called the airstrike an “act of international terrorism.” “The brutality and stupidity of American terrorist forces in assassinating Commander Soleimani... will undoubtedly make the tree of resistance in the region and the world more prosperous,” he said. Iran’s Supreme Leader Ayatollah Ali Khamanei spoke in the harshest tone, saying that, “With him gone, God willing, his work and his path will not be stopped, but severe revenge awaits the criminals who bloodied their foul hands with his blood and other martyrs' in last night's incident.”

As Iran has lost many generals in the conflicts in Iraq, Syria and elsewhere, why was the killing of Soleimani so important? Soleimani was born into a poor family and became an admirer of the Iranian Revolution at an early age. He became a soldier in the 1980s and started ascending toward the leadership of the Quds Force. In 1998, he was assigned as its head and tasked with strengthening ties between Iran and Hezbollah. In the last two decades, he created a web of proxy groups and increased his influence in Iraq after Nouri al-Maliki was elected as prime minister. He was so powerful that several Iraqi armed groups went to Syria in 2011 to help the Syrian regime, on his order. Similarly, during the Daesh invasion in Iraq, Soleimani was on the scene to organize the groups. Among them was the Hashdi Shaabi, which is known for its atrocities against Sunni citizens. Being a hard-liner on sectarian matters, Soleimani has never been welcomed by Iraq’s Sunnis. However, he was an important and instrumental name for Iran’s sect-based policies across the region.

Now, Iran is mourning for him and vowing revenge. Apparently, it is because Iran has lost one of his most important military men, who was tasked with organizing the proxy war against any actor that Iran has considered as an enemy. The calls for revenge in Iran may lead to a direct encounter with the U.S. in the coming days. Can Acun, a researcher at the think tank SETA, said: “What makes Iran powerful is its proxies. But the U.S. changed the game by targeting Soleimani. The conflict will not be between states anymore. While Iran will use asymmetric force, the U.S. will stick to the conventional methods.”

The U.S.’ side was relatively silent over the operation. Secretary of State Mike Pompeo said the U.S. was committed to de-escalation while Trump said Iran “never won a war, but never lost a negotiation,” on his Twitter account. Trump held Soleimani responsible for killing and wounding “thousands” of Americans and many others in the region, adding that “he should have been taken out many years ago!” He also tweeted an American flag shortly before the Pentagon announced Soleimani's killing.
The Trump administration’s harsh stance toward Iran has been intensified in recent months after Washington accused Tehran of targeting ships in the Gulf and plotting military actions against the U.S. and its allies. However, it is not clear whether most American politicians were in favor of such an operation. The operation pointed again to the polarization in U.S. politics. For instance, U.S. Democratic congressional leaders stated that Congress was not consulted before the operation. Adam Schiff, a leading Democrat, wrote on Twitter: “Soleimani was responsible for unthinkable violence and world is better off without him. But Congress didn’t authorize and American people don’t want a war with Iran.” Yet, a prominent Republican, Kevin McCarthy, said that “in a display of resolve and strength, we struck the leader of those attacking our sovereign U.S. territories.” Even so, the U.S. administration seems to be content with the operation, which they consider a major step for curbing Iran’s control and power over the proxies.

The direct encounter will likely increase the fragility of the region and may even have an impact on a global scale. Considering that Soleimani’s killing stirred anger among the proxies, including Hezbollah, not only the U.S. but also Israel and the Gulf countries have to be on the alert. For instance, Iraqi militia commander Hadi al-Amiri says Iraq’s armed factions need to wage a war against the Americans and expel them from the country. Israeli Prime Minister Benjamin Netanyahu had to cut his visit to Greece short as Hezbollah might be planning attacks on Israeli soil. So far, the Iranian anger has been concentrated on the U.S. But, it is not certain how the Houthi militias in Yemen will respond to Soleimani’s death. Their target will likely be Saudi Arabia and the United Arab Emirates. Therefore, it is not a coincidence that China immediately made a statement, calling each side to remain calm. Similarly, Germany uttered its displeasure with the operation, saying that the U.S.’ move helped to ignite more provocations. Several European countries asked their citizens to leave Iraq while the U.K. declared that the security of its troops in Iraq has been increased.

Turkey expressed concerns over escalating tensions between the U.S. and Iran in the region. Speaking to Daily Sabah, Presidential Communications Director Fahrettin Altun said Soleimani’s killing “posed a threat against regional security and stability." "‪All parties must refrain from any steps which may place at risk the peace and stability of the region, starting with our neighbor, Iraq.‬ Violence begets violence and hurts the interests of all sides – without exception. We call on all parties to exercise common sense,” he added.

“We strongly reiterate warnings over turning Iraq into a conflict zone which would harm both the peace and stability of Iraq and our region. It is obvious that the U.S. air operation in Baghdad ... will increase the distrust and instability in the region,” the Foreign Ministry said in a statement. While calling on all parties to “act in common sense” and “in accordance with diplomacy." "Such escalating steps that threaten stability in our region will increase the spiral of violence and all parties will suffer from this situation. Turkey has always opposed foreign interventions, assassinations and sectarian conflicts in the region,” the ministry added. Presidential Spokesperson İbrahim Kalın also called on all sides to remain calm and avoid steps that would fuel tensions, adding that “Ankara will continue to use diplomacy to achieve regional and global peace. The ruling Justice and Development Party (AK Party) Spokesperson Ömer Çelik underscored the significance of Iraq's security and stability for Turkey and the region, saying that “the actions that will increase instability in Iraq are detrimental to the entire region.”

While the regional powers are at odds with each other over several issues and have dared encounters via their proxies, Turkey is willing to stay out of the fight against Iran, which complicates matters in the Middle East. Despite the fact that Iran’s policies in Iraq and Syria harm Turkey’s interests, Ankara has followed a balanced policy against Tehran and refrained from engaging in the conflict between Iran and the U.S., the Gulf and Israel.