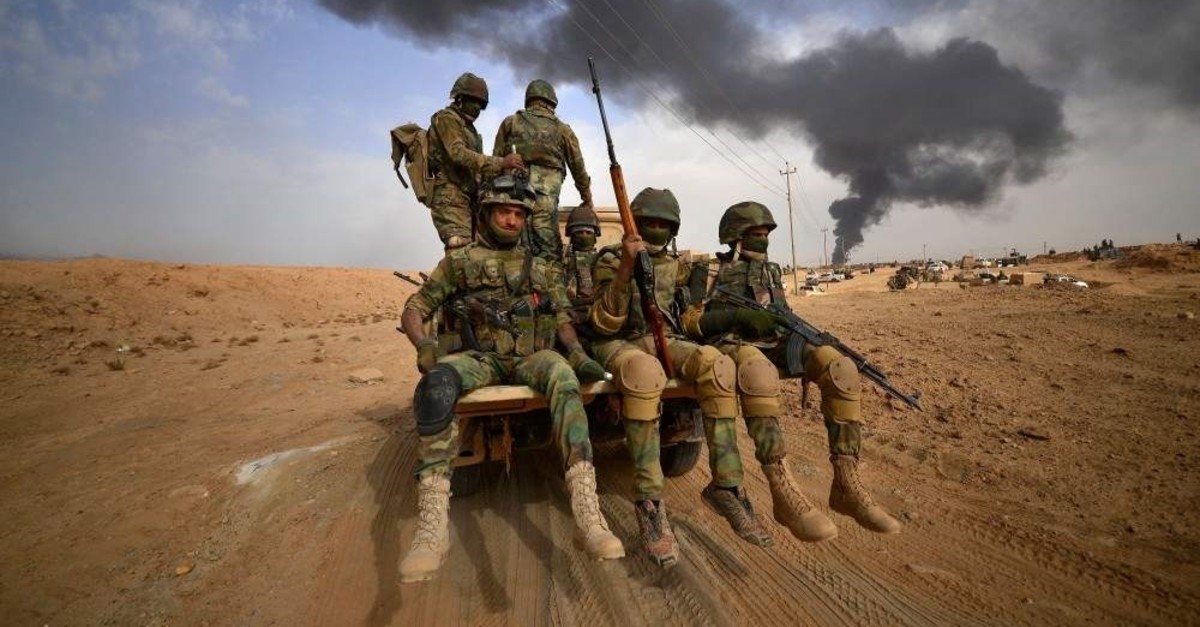 Members of the Popular Mobilization Forces (PMF) advance toward the city of Al-Qaim, Iraq, Nov. 3, 2017. (Reuters Photo)
by Daily Sabah with AP Jan 04, 2020 11:10 pm
The headquarters of a pro-Iranian militia in Syria were targeted in airstrikes Saturday, reports said.

The strikes hit Popular Mobilization Forces' (PMF) base near eastern Syria's Albu Kamal on the Iraqi border. The PMF is an umbrella group of mostly Iran-backed militias.

Meanwhile, in a thinly-veiled threat, another Iran-backed militia, Asaib Ahl al-Haq, or League of the Righteous, called on Iraqi security forces to stay at least 1,000 meters away from U.S. bases starting Sunday night.

Earlier Saturday, a series of rockets were launched and fell inside or near the Green Zone, which houses government offices and foreign embassies, including the U.S. Embassy.

No one was injured by a Katyusha rocket that fell inside a square less than one kilometer from the embassy, according to an Iraqi security official who spoke on condition of anonymity because he was not authorized to speak to reporters. Another rocket in Baghdad landed about 500 meters from As-Salam palace where the Iraqi President Barham Salih normally stays in Jadriya, a neighborhood adjacent to the Green Zone, the official said.

Another security official said three rockets fell outside an air base north of Baghdad where American contractors are normally present. The rockets landed outside the base in a farm area and there were no reports of damages, according to the official.