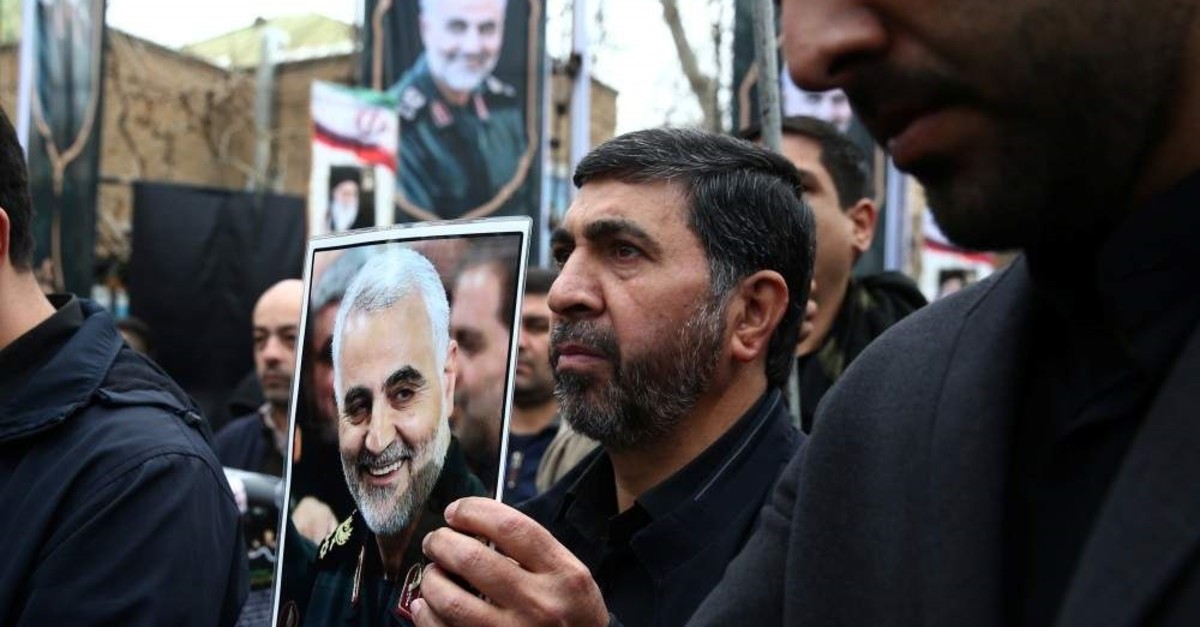 Iranians gather to mourn Gen. Qassem Soleimani, head of the elite Quds Force, who was killed in an air strike at Baghdad airport, in Tehran, Iran, Jan. 4, 2020. (West Asia News Agency via Reuters)
by Jan 05, 2020 1:00 am
Iraqi and Saudi leaders Saturday discussed the latest flare-up in tensions in the Middle East between the U.S. and Riyadh's regional rival Iran.

The king told Saleh that Saudi Arabia supports the stability and security of Iraq.

"Prime Minister Adel Abdul Mahdi received a phone call from the Kingdom of Saudi Arabia's Crown Prince Mohammed bin Salman in which they discussed the difficult conditions facing Iraq and the region," Abdul Mahdi's office said in a statement.

"They exchanged points of view on the expected ramifications and the importance of mitigating their effects as well as avoiding total escalation."

Iranian Gen. Qassam Soleimani, commander of the Revolutionary Guards' foreign legions, was killed in the U.S. strike on his convoy at Baghdad airport. Iranian-backed Iraqi militia leader Abu Mahdi al-Muhandis was also killed. The attack took Washington and its allies, mainly Saudi Arabia and Israel, into uncharted territory in their confrontation with Iran and its proxy militias across the region.