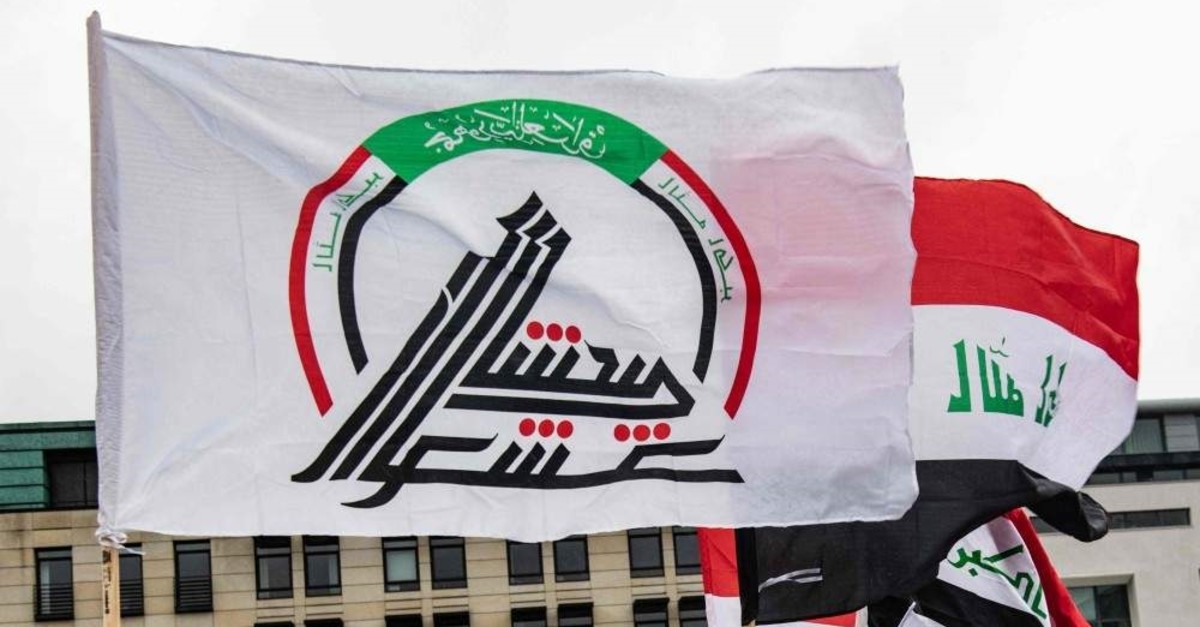 Protesters wave a flag with the insignia of the Popular Mobilization Forces (PMF) during a demonstration in front of the U.S. Embassy in Berlin, Jan. 4, 2020. (AFP Photo)
by Compiled from Wire Services Jan 10, 2020 10:23 am

It reported several explosions in the border area. Deir Ezzor 24, an activist collective that reports on news in the border area, said that the planes strikes struck trucks carrying weapons and depots for ballistic missiles in the area. Omar Abu Laila, a Europe-based activist from Deir el-Zour who runs the group, said the attack triggered "a huge explosion" heard in the Syrian-Iraqi border.

There was no immediate comment from Syria or Iraq, and the reports could not be independently confirmed.

Israel has also struck Iran-backed militias in the area in the past.

The reported airstrikes came days after a U.S. drone strike killed Iran's most powerful general after he landed at Baghdad airport, drawing angry calls for revenge and escalating tensions to the brink of an all-out war between the two sides.

Iran responded by firing a barrage of missiles at military bases in Iraq that host U.S. troops. Since then, both sides have signaled they were stepping back from further escalation but tensions remain high and the region on edge.

Amid the soaring tensions, Russian President Vladimir Putin made a rare visit to Syria this week for talks with Bashar Assad in Damascus. Russia has been a key ally for the Assad regime, offering crucial military and political backing throughout the country's civil war.

The area struck Friday is key to a land corridor for Tehran that links Iran across Iraq and Syria through Lebanon. The Observatory report on Friday claimed that Putin had informed Assad during the visit of a U.S. intention to "close" the land corridor for good.