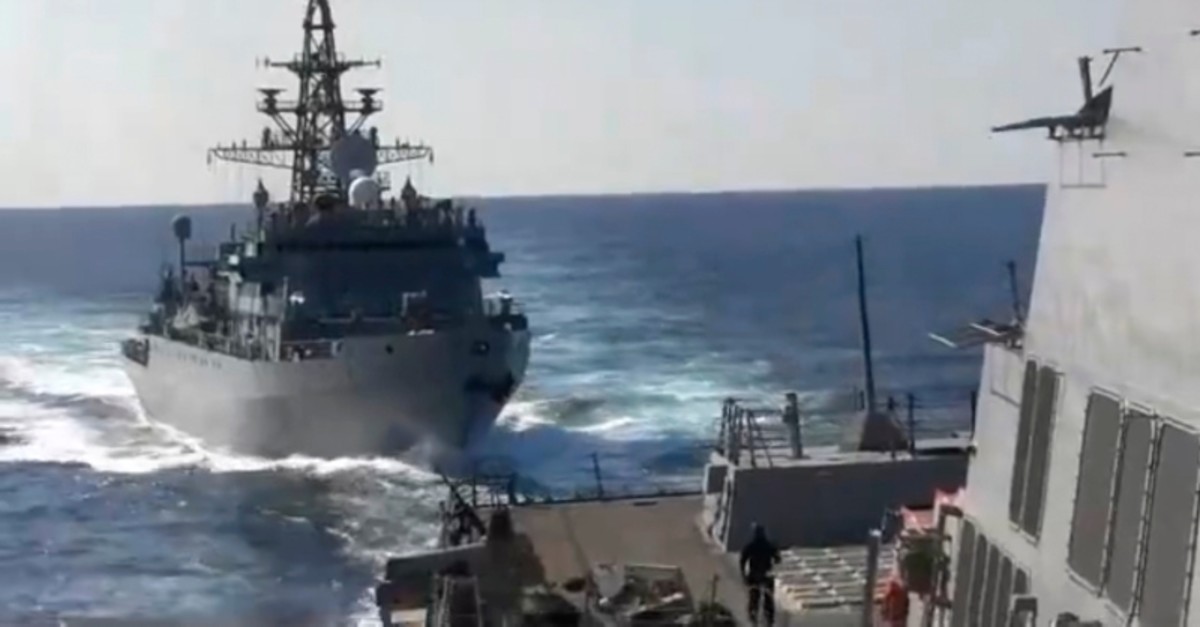 The fleet posted a video of the incident to Twitter, which appeared to show the Russian ship pulling up alongside the USS Farragut on Thursday with the Farragut then sounding five short air horn blasts, the international maritime signal for danger of collision.

The Russian ship appears to then sound a one horn blast before coming up behind the Farragut and following closely in its trail.

"The Russian ship initially refused, but ultimately altered course and the two ships opened distance from one another," the fleet said in a series of tweets. "While the Russian ship took action, the initial delay in complying with international rules while it was making an aggressive approach increased the risk of collision."

The incident is just the latest in a spat of naval and aerial encounters between the U.S. and Russian militaries.

Russia denied on Friday that one of its naval vessels had come dangerously close to a U.S. Navy destroyer in the North Arabian Sea the previous day, Russian news agencies cited a statement by the Russian Ministry of Defence as saying.

Russia's Ministry of Defence said in a statement that the U.S. Navy vessel had crossed the Russian ship's path, in an action it deemed "unprofessional" and "an intentional violation of international maritime security norms."