Libya peace talks to be held in Berlin, Merkel says 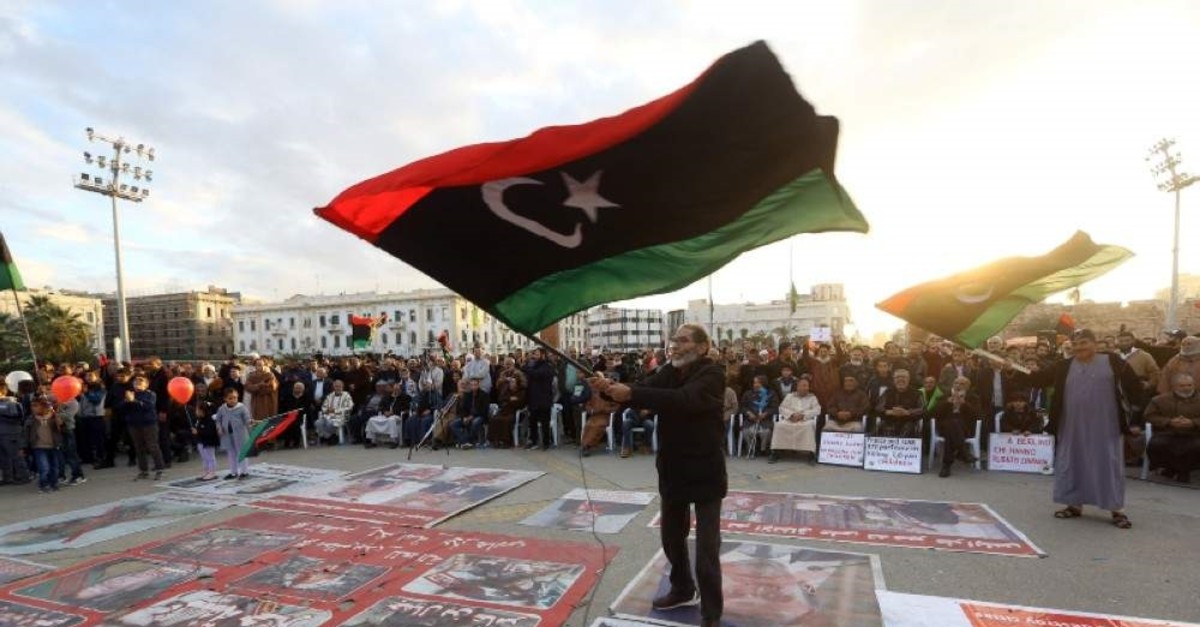 Demonstrators wave flags and step on posters of some world leaders as they take part in a rally against eastern Libyan strongman Khalifa Haftar in Tripoli on Jan. 10, 2020. (AFP Photo)
by Compiled from Wire Services Jan 11, 2020 9:28 pm

German Chancellor Angela Merkel said Libyan peace talks will be held in Berlin, as Turkey and Russia continue efforts to implement a cease-fire in the North African country.

During a joint press conference with Russian President Vladimir Putin in Moscow Saturday, Merkel said, "We hope that the joint efforts by Russia and Turkey will lead to success, and we will soon send out invitations for a conference in Berlin."

Merkel stressed that the United Nations would lead talks if a meeting were to take place in Berlin and that Libya's warring parties would need to play a major role to help find a solution.

The aim was to give Libya the chance to become a sovereign and peaceful country, Merkel said.

Putin expressed support for the process, saying it was a 'timely' idea and necessary to bring the conflict in Libya to an end.

Turkey supports Fayez al-Serraj's Tripoli-based, internationally recognized Government of National Accord (GNA) against strongman Khalifa Haftar's forces in the east. In November, Turkey's Parliament approved a security and military deal with Libya's GNA. The deal went into effect last month after it was published in the Official Gazette.

Following the military cooperation deal, President Recep Tayyip Erdoğan said Ankara might consider sending troops to Libya if the Tripoli government made such a request.

In response to the country's invitation, Turkey started deploying military troops to Libya following the approval in Parliament of the mandate to send troops.