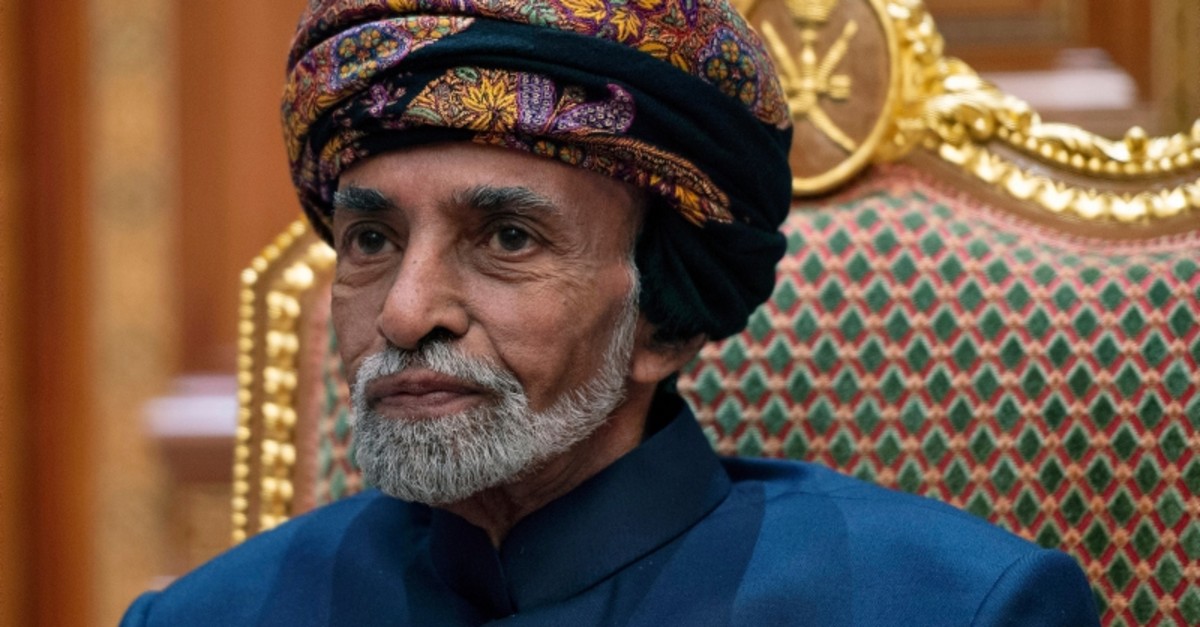 In this Monday, Jan. 14, 2019 file photo, Sultan of Oman Qaboos bin Said sits during a meeting with Secretary of State Mike Pompeo at the Beit Al Baraka Royal Palace in Muscat, Oman (AP Photo)
by Associated Press Jan 11, 2020 10:01 am

The announcement came as Omanis lined the streets of the capital, Muscat, to catch a glimpse of the motorcade carrying the body of Sultan Qaboos bin Said, who died hours earlier at the age of 79.

Qaboos, the Middle East's longest-ruling monarch, seized power in a 1970 palace coup. He was known internationally for his diplomatic balancing in the Persian Gulf. Under his leadership, Oman often served as a facilitator of talks between adversaries, including Iran and the U.S.

Thousands gathered at the Sultan Qaboos Mosque where funeral prayers were held before noon Saturday. The mosque is an architecturally stunning complex of white marble and manicured gardens that reflects how the sultan modernized his country without eschewing its cultural heritage or building towering skyscrapers like other neighboring Gulf capitals.

Soldiers stood guard along the streets and troops stood in machine gun nests atop SUVs as citizens and residents of Oman gathered along a highway in Muscat to see the motorcade carrying the sultan's body for burial.

Oman state TV said authorities had opened a letter by Sultan Qaboos bin Said naming his successor, without elaborating. State TV then announced shortly after that Haitham bin Tariq Al Said is the country's ruling sultan, which suggests he was Qaboos' choice.

Oman's Defense Council had earlier said it met with the Royal Family Council, inviting its members to select a successor.

According to Oman's succession laws, if the family council cannot agree on a successor the country's authorities are to unseal a letter written by Sultan Qaboos containing his choice for successor from among his family. Sultan Qaboos had no children.

Al Said, who was serving as the Minister of National Heritage and Culture, often played an important diplomatic role. He represented Oman abroad and welcomed Britain's Prince Charles and his wife Camilla, for example, upon their arrival to the country for a visit in 2016.

This experience "was considered to have provided him with the necessary political gravitas and foreign policy expertise to help steer Oman into a post-Qaboos era," said Sigurd Neubauer, a Middle East expert, in an analysis for The Arab Gulf States Institution in Washington.

The Al Said family has ruled Oman since the eighteenth century.

A top diplomat in the United Arab Emirates described Qaboos as a "wise and inspiring leader" and extended his country's sincere condolences to the people of Oman.

"Today we lost a historic and renaissance figure of high class with the death of Sultan Qaboos," UAE's Minister of State or Foreign Affairs Anwar Gargash wrote on Twitter.

In the United States, former President George W. Bush issued a statement saying that he and former first lady Laura Bush are saddened by the sultan's death.

"He was a stable force in the Middle East and a strong U.S. ally. His Majesty had a vision for a modern, prosperous, and peaceful Oman, and he willed that vision into reality," Bush said, adding that he and his wife visited him in Muscat last fall.