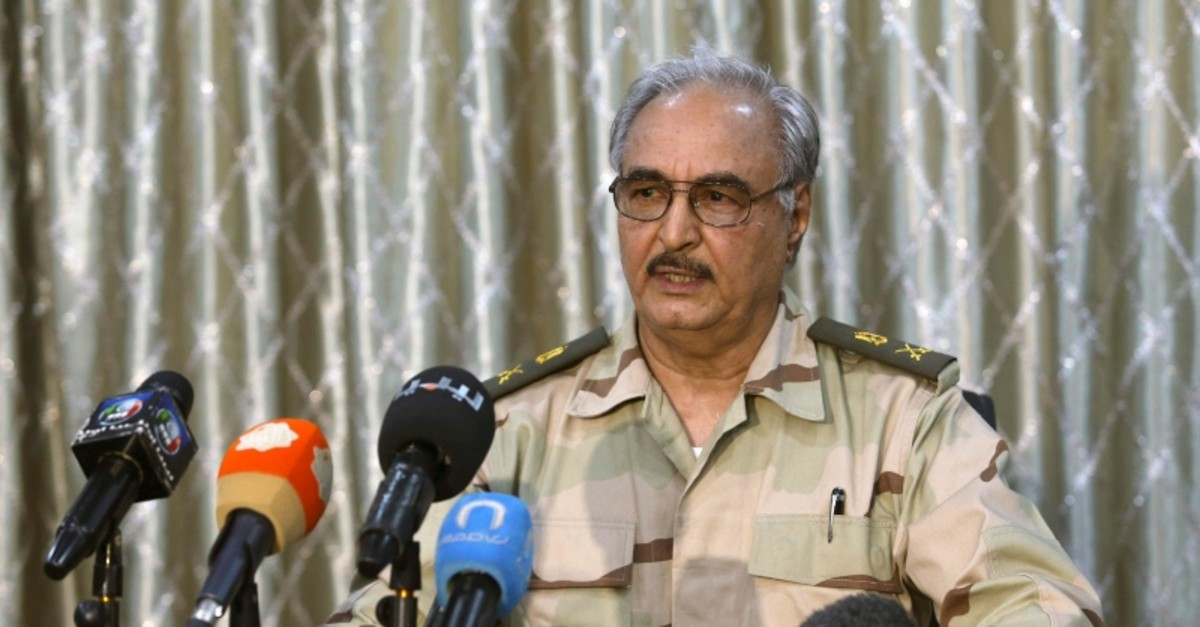 Forces loyal to Libyan strongman Khalifa Haftar announced that they accept the call from Turkey and Russia for a cease-fire in western Libya starting at midnight on Jan. 13.

The Haftar forces said, however, in a short statement that the ceasefire was conditional and "response will be severe in the event of any violation of the truce by the opposing camp", a reference to the UN-recognized government in Libya, the Tripoli-based Government of National Accord (GNA) led by Fayez al-Sarraj.

Haftar's forces have been battling to take the capital from the GNA since April.

Shortly before the announcement President Recep Tayyip Erdoğan and his Russian counterpart discussed the latest developments in Libya and regional issues in a phone call.

Earlier this week, Turkey and Russia urged Libya's warring parties to declare a cease-fire by Sunday as warring factions clashed and carried out airstrikes in a conflict drawing increasing foreign involvement and concern.

Gen. Haftar quickly announced his rejection to join the cease-fire, a decision which was reversed Sunday night.

In April, Gen. Haftar launched an offensive against the GNA, a military campaign that a U.N. panel of experts says has "unleashed new transfers of military equipment" to Libya.

More than 280 civilians and 2,000 fighters have been killed since the beginning of Haftar's assault on Tripoli, according to the U.N. The fighting has displaced some 146,000 people, with the ongoing violence threatening to plunge Libya into violent chaos to rival the 2011 conflict that led to the ousting and murder of longtime dictator Muammar Gadhafi.