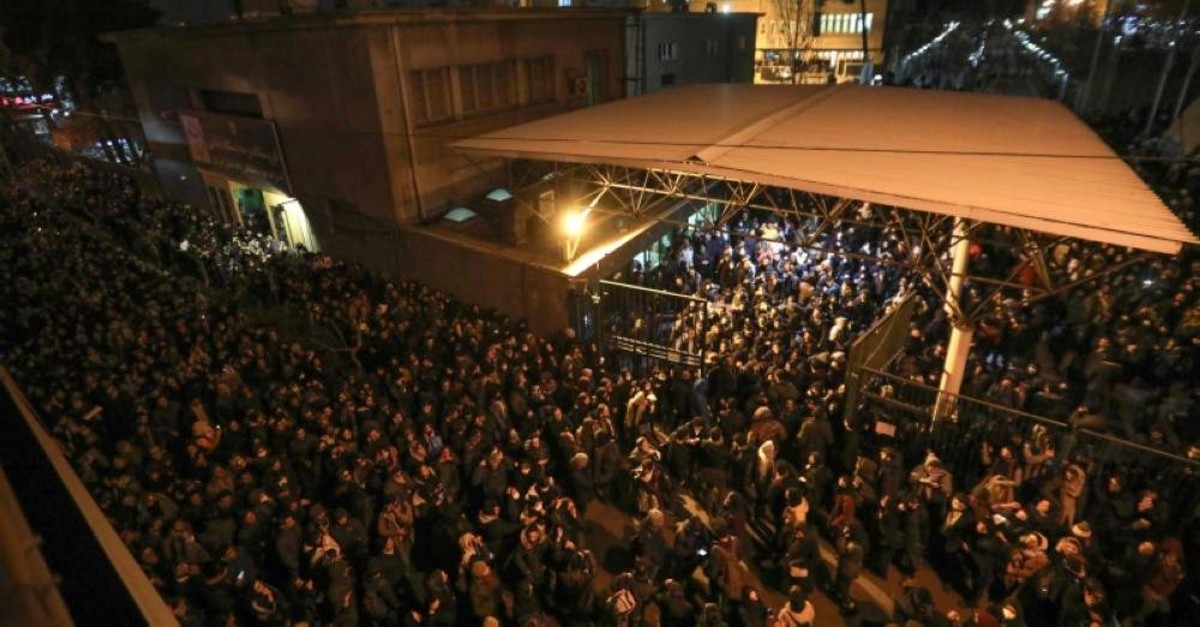 Iranians students demonstrate following a tribute for the victims of Ukraine International Airlines Boeing 737 in front of the Amirkabir University in the capital Tehran, on January 11, 2020. (AFP Photo)
by Daily Sabah with Agencies Jan 12, 2020 12:52 am

British Foreign Secretary Dominic Rennie Raab said in a statement after the detention of Rob Macaire, "The arrest of our ambassador in Tehran without grounds or explanation is a flagrant violation of international law."

Iranian police dispersed students chanting "radical" slogans during a Saturday gathering in Tehran to honor the 176 people killed when an airliner was mistakenly shot down, Fars news agency reported.

AFP correspondents said hundreds of students had gathered early in the evening at Amir Kabir University, in downtown Tehran, to pay respects to those killed in the air disaster.

The tribute later turned into an angry demonstration.

The students chanted slogans denouncing "liars" and demanded the resignation and prosecution of those responsible for downing the plane and allegedly covering up the accidental action.

Iran said Saturday that the Ukraine International Airlines Boeing 737 was "unintentionally" shot down Wednesday shortly after taking off from Tehran's main airport.

All 176 people on board died, mostly Iranians and Canadians, many of whom were students.