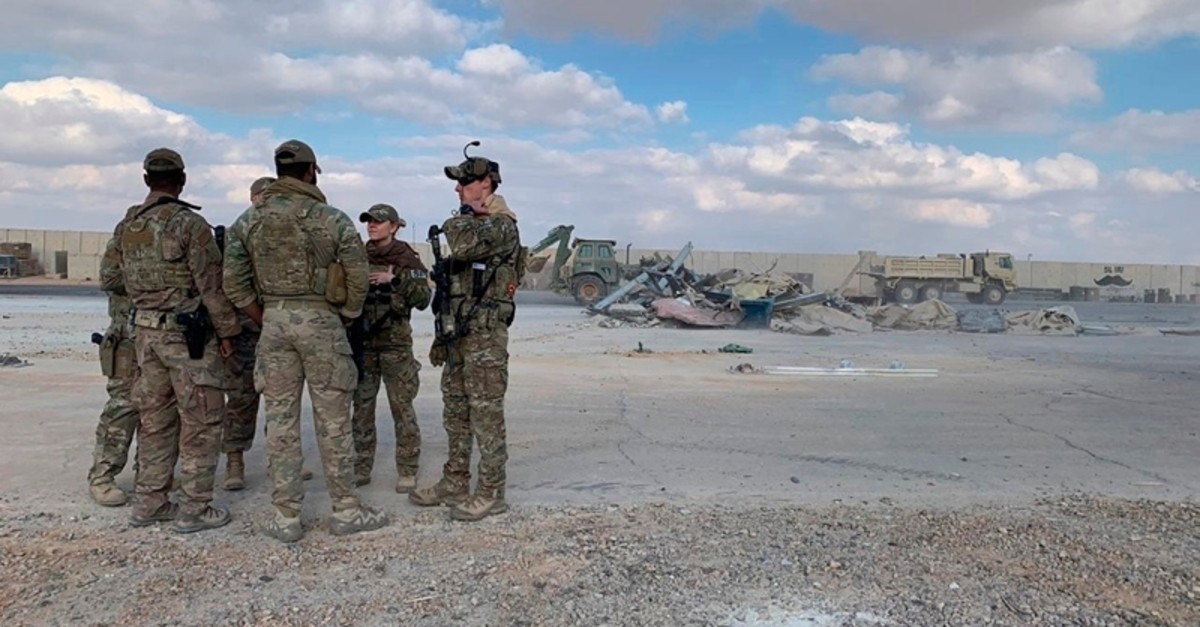 Rockets hit the Al-Taji Air Base, which is situated north of the Iraqi capital Baghdad, local media reported late Tuesday.

The air base, which is located 85 kilometers (some 53 miles) north of capital Baghdad, was targeted by at least two Katyusha rockets, an army captain told Anadolu Agency on condition of anonymity as he is not authorized to speak to media outlets.

The air base houses joint forces including Iraqi and American soldiers as well as other foreign forces from the U.S.-led international coalition.

Iraq's military said in a statement that there were no casualties in the attack, which is yet to be claimed by a militant group.

The presence of U.S. troops at the air base makes it a likely target for Iran-backed Shiite militant groups in the aftermath of the U.S.' assassination of Quds Force Commander Qassem Soleimani.

Two days before the Al-Taji attack, a volley of rockets slammed into another Iraqi air base north of Baghdad where U.S. forces have been based, wounding four local troops.

Al-Balad is the main air base for Iraq's F-16s, bought from the U.S. in order to upgrade the country's air capacities.

The base had held a small U.S. Air Force contingent as well as American contractors, but a majority had been evacuated amid the tensions which have boiled over between the U.S. and Iran over the past two weeks, military sources told AFP.

"About 90 percent of the U.S. advisers, and employees of Sallyport and Lockheed Martin who are specialized in aircraft maintenance, have withdrawn to Al-Taji and Irbil after threats," one of the sources said.

"There are no more than 15 U.S. soldiers and a single plane at al-Balad," the source added.

Military bases hosting U.S. troops have been subject to volleys of rocket and mortar attacks in recent months that have mostly wounded Iraqi forces, but also killed one American contractor last month.

That death set off a series of dramatic developments, with the US carrying out strikes against a pro-Iran paramilitary group in Iraq as well as a convoy carrying top Iranian and Iraqi commanders outside Baghdad airport.

Pro-Iran factions in Iraq have vowed revenge for those raids, even as Iran said it had already responded in "proportion" by striking another western air base where US soldiers are located.

Rocket attacks against Baghdad's high-security Green Zone, where the U.S. and other embassies are based alongside international troops, are still taking place.