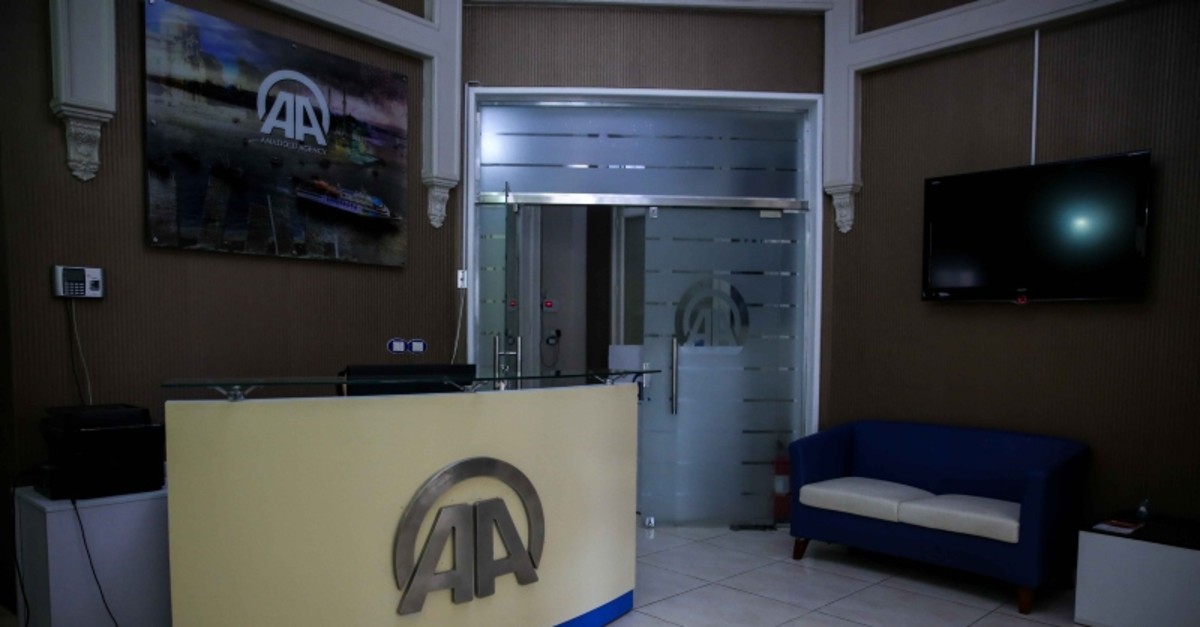 Four staff members of Turkey's official Anadolu Agency (AA), including one Turkish citizen, have been arrested and taken to an unknown location by Egyptian police in a raid on the news agency's Cairo office.

AA said police officers stormed the office Tuesday evening, cutting off security cameras and the internet connection and searched the office on early Wednesday. Officers also confiscated the passports, cellphones and computers of staff. The officers involved refused to disclose the reason for the raid to a lawyer working for the agency.

A female Egyptian journalist who was at the office was released at midnight, while four others were taken to an unknown location Wednesday morning.

The detained staff members include Hilmi Balcı, a Turkish national who is in charge of the office’s finance and administrative affairs department, and Egyptian citizens Hussein al-Qabbani, Hussein al-Abbas and Abdelselam Muhammad, who is an employee of the Turkey-based Foundation for Political, Economic and Social Research (SETA).

Kemalettin Eruygur, charge d’affaires for Turkey in Cairo, contacted the Egyptian Foreign Ministry about the issue while Egypt's charge d'affaires in Ankara was summoned by the Turkish Foreign Ministry.

Turkish Presidency’s Communications Director Fahrettin Altun was quoted by AA as saying, “This hostile act by Egypt’s coup administration toward Anadolu Agency staff displayed how low it stooped to. We condemn this hostile practice by Egyptian authorities toward the Turkish media."

Presidential Spokesman İbrahim Kalın also slammed the raid and detentions that he called a “blatant violation of law and human rights,” urging the release of the AA staff in a tweet.

The Turkish Foreign Ministry said in a statement that the detentions were “without reason” and constituted “an act of harassment and intimidation against the Turkish media." The ministry “strongly condemned” the incident.

“This act of violence toward AA once again reveals both the Egyptian administration’s negative approach toward press freedom and its dire attitude to democracy and transparency. Western countries seemingly sensitive to press freedom and freedom of expression have contributed to this reckless behavior by turning a blind eye to violations (in Egypt). We expect the Egyptian authorities to immediately release the detained staff members of Anadolu Agency, including the Turkish citizen,” the statement said.

Justice Minister Abdulhamit Gül said Turkey expected the immediate release of the employees who he said were "illegally detained."

Egypt, under the regime of Abdel Fattah al-Sissi, who seized power by ousting President Mohamed Morsi in 2014, has seen deteriorating press freedoms. In November 2019, Egyptian security forces carried out a similar raid targeting the office of independent news website Mada Masr and briefly detained three of the website’s staff. Earlier, the United Nations's human rights office urged Egypt to free a blogger and a journalist who were among several thousand people who have been detained following protests against the al-Sissi regime in September.

Daily Sabah also had its share in Egyptian regime’s crackdown on the press when its website was blocked in 2017. The newspaper thus joined several news outlets critical of the regime which eventually faced a media blackout with a ban on access.

Turkey was a strong supporter of the country's first democratically-elected Mohamed Morsi, who was overthrown by a military coup in 2013 and died on June 17 during one of the controversial trials targeting him and former Muslim Brotherhood leaders. Ankara has also been a staunch critic of current president el-Sissi and ongoing human rights violations.

The two countries are on opposing sides in almost every conflict in the region, including the dispute between Qatar and countries led by Saudi Arabia, hydrocarbon extraction in Eastern Mediterranean amd recently in Libyan conflict, where Turkey supports the U.N.-backed government in Tripoli, which is under siege from military general Khalifa Haftar, who is supported by Egypt and the United Arab Emirates (UAE).