Pompeo 'outraged' over death of US citizen jailed in Egypt 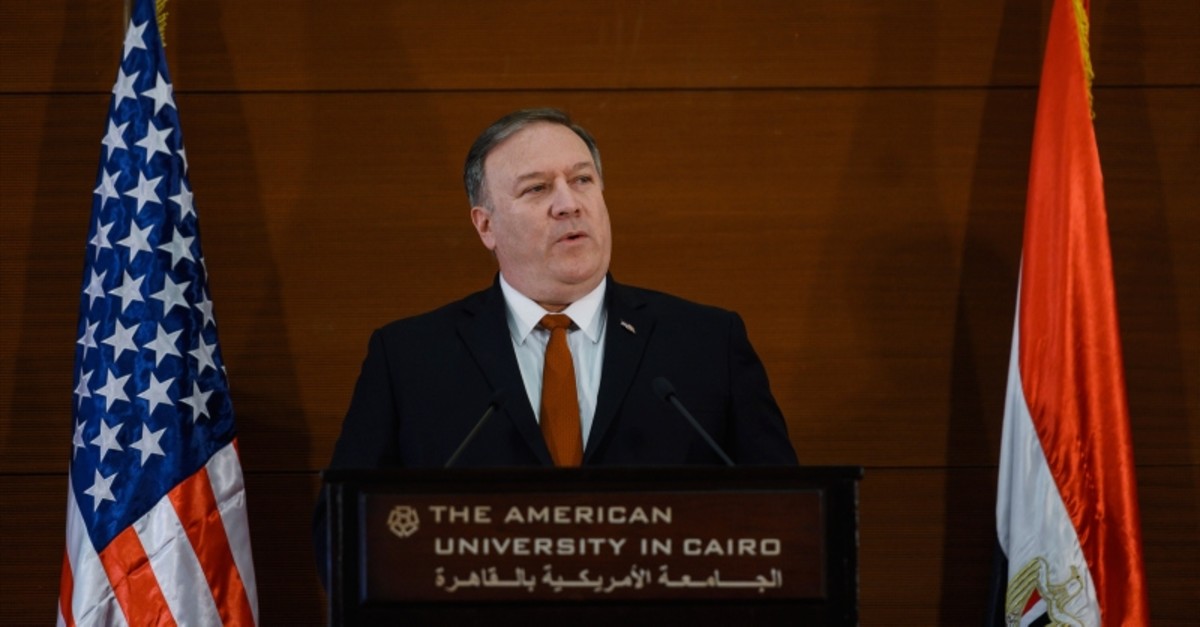 U.S. Secretary of State Mike Pompeo "expressed outrage" to Egypt's president on Sunday at the death of an American citizen who insisted he had been wrongfully held in an Egyptian prison, according to a state department spokeswoman.

Pompeo raised his concerns to President Abdel-Fattah el-Sissi about Kassem's "pointless and tragic death" on the sidelines of an international peace summit in Berlin that aims to end Libya's civil war.

The death of the auto parts dealer from Long Island, New York prompted an outcry from human rights groups, as well as accusations of medical negligence in Egypt's prisons.

The case also touched a nerve in Washington, which has cultivated close security and diplomatic ties with Egypt despite growing unease over its human rights violations under general-turned-president el-Sissi.

Activists and foreign affairs experts have called for the Trump administration to penalize its staunch Middle Eastern ally by slashing millions of dollars in security assistance. The U.S. grants $1.2 billion in annual military aid to Egypt.

Kassem was detained by Egypt in 2013 in what his lawyers described as a vast dragnet during the violent dispersal of a sit-in that killed hundreds of people. He was later sentenced to 15 years under a contentious anti-protest law that the government often uses to silence dissent. He maintained his innocence throughout his detention and started a hunger strike last year in protest.

El-Sissi came to power in the summer of 2013 and has overseen a sweeping crackdown on dissent, jailing thousands.