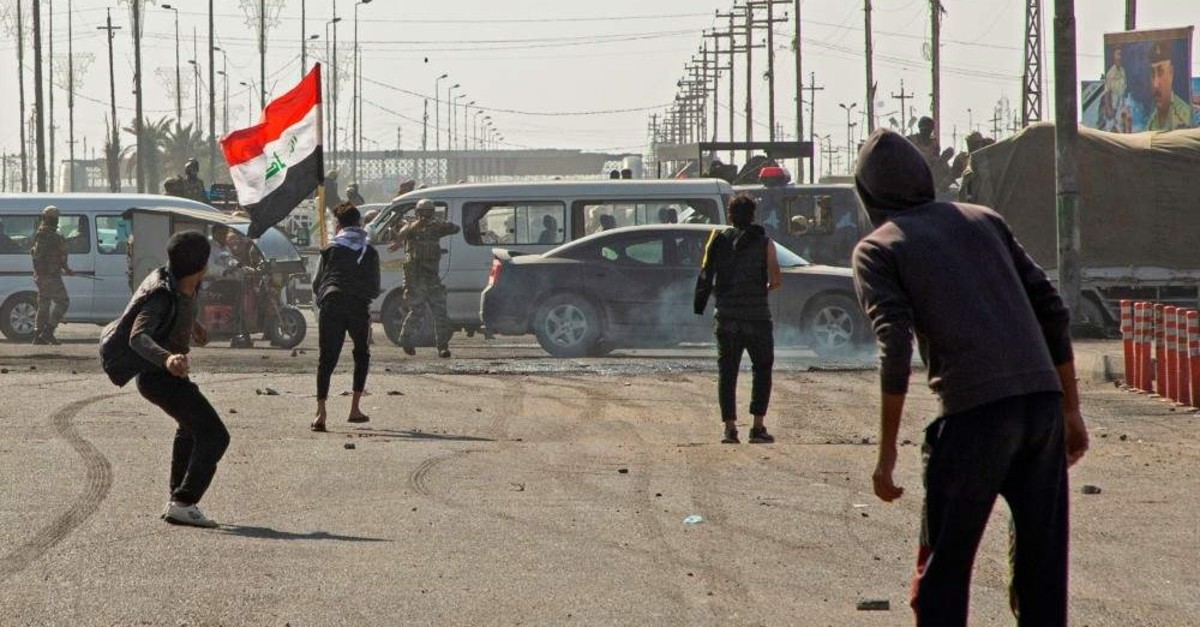 After a lull of several weeks, anti-government protests across Iraq have resumed after the authorities missed the deadline given by protesters for the implementation of long-awaited reforms. Two Iraqi police officers were reportedly killed, and dozens of protesters were wounded Monday in clashes with security forces during nationwide rallies.

In Baghdad's Tayaran Square overnight, protesters threw petrol bombs and stones at police who responded with tear gas and stun grenades, as reported by Reuters. Fearing widespread rallies, provincial authorities across southern Iraq announced an official holiday Monday. But young people hit the streets in the southern cities of Kut, Nasiriyah, Baqubah, Amara and the holy city of Najaf, setting tires on fire. In the protest hotspot of Diwaniyah, they shut key roads both inside and leading out of the city. Protesters say Prime Minister Adel Abdul Mahdi has not fulfilled promises including naming a new government acceptable to Iraqis. "They (security forces) should stop shooting and aiming, who are they and who are we? Both sides are Iraqis. So why are you killing your brothers?" said a woman protester in Baghdad who declined to give her name. In the Iraqi oil city of Basra, two policemen were struck and killed by a civilian car during the protest, security sources said. The driver was trying to avoid the scene of clashes between protesters and security forces when he drove into the two officers, they said. Baghdad police said its forces had reopened all roads that were closed by "violent gatherings." It said 14 officers were wounded near Tahrir Square, with head wounds and broken bones.

Iraq has been roiled by protests since Oct. 1 in which demonstrators have taken to the streets to decry corruption, poor services and a lack of jobs. They have also called for an end to the political system imposed after the 2003 U.S.-led invasion. The mass uprisings prompted Abdul-Mahdi's resignation late last month. The protesters demand an independent candidate to hold the post. Repeated reform promises from the country's politicians have failed to assuage the angry, predominantly young protesters.

The leaderless protests – the most serious challenge for the ruling class in over a decade – were met with a violent crackdown by security forces. They dispersed crowds with live fire, tear gas and sonic bombs, leading to fatalities.

Since October, around 460 people have lost their lives to protest-related violence, and another 25,000 have been wounded. Authorities do not provide updated casualty figures. Demonstrators have feared their movement would be eclipsed by the geopolitical storm brewing between neighboring Iran and the U.S., both close partners of Iraq. A U.S. drone strike near Baghdad's airport on Jan. 3 killed top Iranian commander Qasem Soleimani, prompting Iranian rocket strikes on an Iraqi base housing U.S. troops and triggering fears of a wider conflict. Iraqi political figures have since ramped up their calls for foreign forces, including some 5,200 U.S. troops, to leave the country.

Protesters also worry that a mass rally to be organized Friday by firebrand Shiite cleric Moqtada Sadr to demand the ousting of U.S. troops could drown them out. Last week, Sadr urged Iraqis to hold "a million-strong, peaceful, unified demonstration to condemn the American presence and its violations." While protesters have criticized the U.S., they have directly accused Iran of hindering Iraq politically and economically.