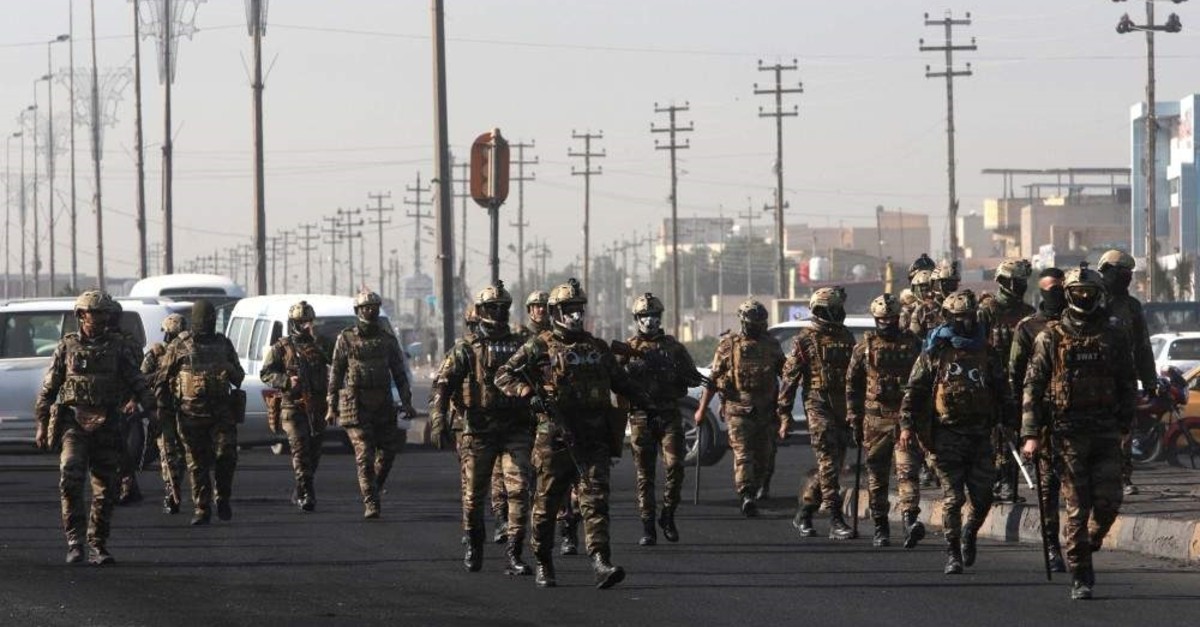 Tuesday's unrest followed violent gatherings on Monday that killed six Iraqis, including two police officers, and wounded scores across the country. Rallies have rocked Iraq but fearing they would lose momentum amid spiraling regional tensions, protesters last Monday told the government it had one week to meet their demands or they would escalate their demonstrations.

In order to ease popular anger, Iraqi President Barham Salih is expected to appoint a new premier this week, state media reported, to replace outgoing Adel Abdul-Mahdi, who was forced out by the demonstrations. Salih is choosing between three Iraqi politicians to lead a transitional government that would ease popular anger, Iraqi state TV reported. Protesters scored one win in December with the resignation of Abdul-Mahdi, but he has stayed on in a caretaker role and political parties have thus far failed to agree on a successor. Demonstrators have publicly rejected names circulating as possible replacements and are furious that other sweeping reforms have not been implemented.

Protests resumed over the weekend after a lull of several weeks as demonstrators sought to keep up the momentum after attention turned to the threat of a U.S.-Iran conflict following Washington's killing of Tehran's top general in an airstrike inside Iraq.

Iraq has been roiled by protests since Oct. 1 in which demonstrators have taken to the streets to decry corruption, poor services and a lack of jobs. They have also called for an end to the political system imposed after the 2003 U.S.-led invasion. The mass uprisings prompted Abdul-Mahdi's resignation late last month. The protesters demand an independent candidate to hold the post. Repeated reform promises from the country's politicians have failed to assuage the angry, predominantly young protesters. The leaderless protests – the most serious challenge for the ruling class in over a decade – were met with a violent crackdown by security forces. They dispersed crowds with live fire, tear gas and sonic bombs, leading to fatalities.

Since October, around 460 people have lost their lives to protest-related violence, and another 25,000 have been wounded. Authorities have not provided updated casualty figures. Demonstrators have feared their movement would be eclipsed by the geopolitical storm brewing between neighboring Iran and the U.S., both close partners of Iraq. A U.S. drone strike near Baghdad's airport on Jan. 3 killed top Iranian commander Qassem Soleimani, prompting Iranian rocket strikes on an Iraqi base housing U.S. troops and triggering fears of a wider conflict. Iraqi political figures have since ramped up their calls for foreign forces, including some 5,200 U.S. troops, to leave the country.