Macron follows in steps of Chirac in row with Israeli security 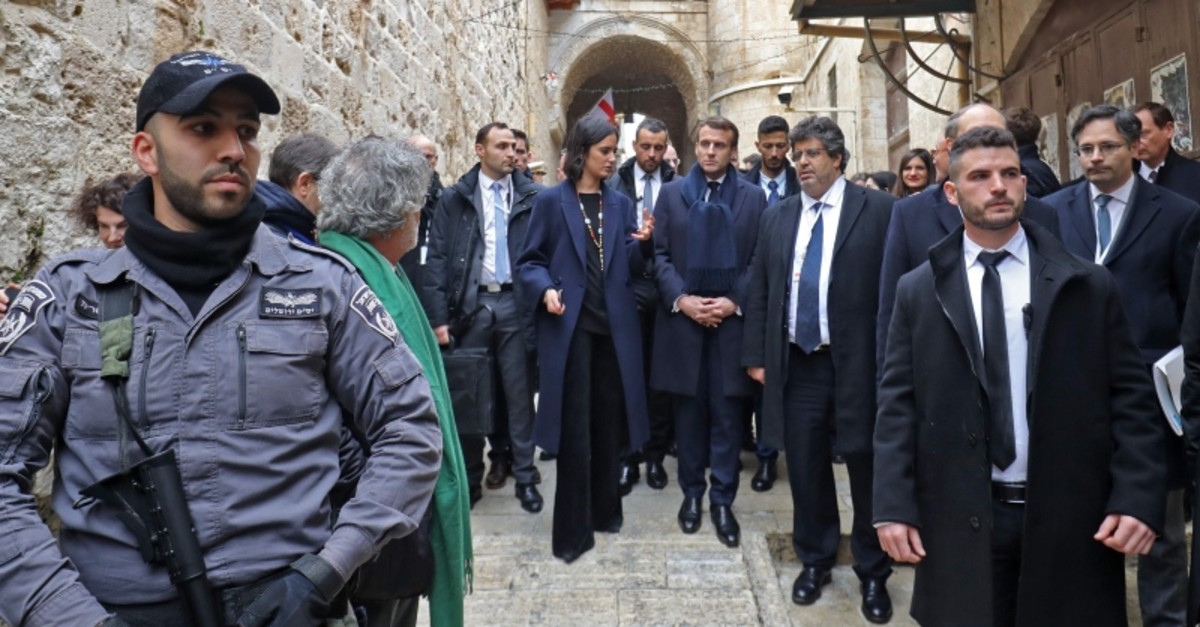 When French President Emmanuel Macron visited Jerusalem's Old City Wednesday, he also walked in the footsteps of one of his predecessors, Jacques Chirac, by engaging in a heated argument with Israeli security.

The altercation flared when Israeli police and domestic security agents pushed past the French detail and were first to enter the Church of Saint Anne, which is French territory under international treaties. The tense scene recalled a 1996 Jerusalem visit by late former President Chirac when he also had a testy exchange with Israeli security personnel who were urging him to move on.

The visit is seen as a symbolic stop underscoring France's historical influence in the region. For Macron, it is also an opportunity to follow in the steps of previous French leaders in visiting one of the four sites owned by France since the Ottoman era in the 19th century and which remain in French hands through international treaties. The French tricolor has flown over the Church of St. Anne in Jerusalem's walled Old City since it was gifted by the Ottomans to French Emperor Napoleon III in 1856. France views it as a provocation when Israeli police enter the church's sandstone complex, in a part of Jerusalem captured and annexed by Israel in the 1967 Middle East war.

Amid his reluctance to get involved in the Israeli-Palestinian conflict, Macron last week played down any real prospect of renewing French efforts to push the peace process, stalled since 2014, saying it was not for him to dictate to either side. "I am not going to come saying 'this is a peace plan' because it would only fail," he told reporters on Jan. 15. "I'm going to speak to the actors, see what the conditions are. France always has a role to play, and I don't think we're absent from the debates in the region."