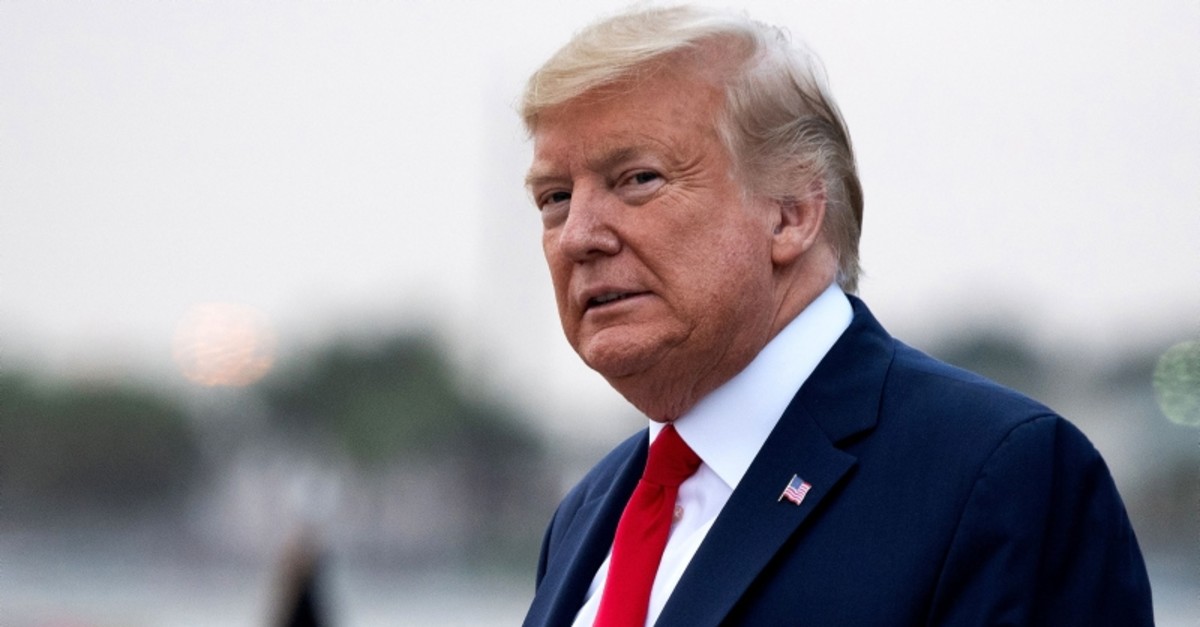 US President Donald Trump disembarks from Air Force One upon arrival at Miami International Airport in Miami, Florida, January 23, 2020, as he travels to speak at the Republican National Committee Winter Meeting. (AFP Photo)
by reuters Jan 24, 2020 2:02 am

Speaking to reporters on Air Force One en route to Miami for a political event, Trump said Palestinians might react negatively to his plan at first, but that it would benefit them.

"It's a great plan," said Trump, who will meet with Netanyahu at the White House on Tuesday. "It's a plan that really would work."