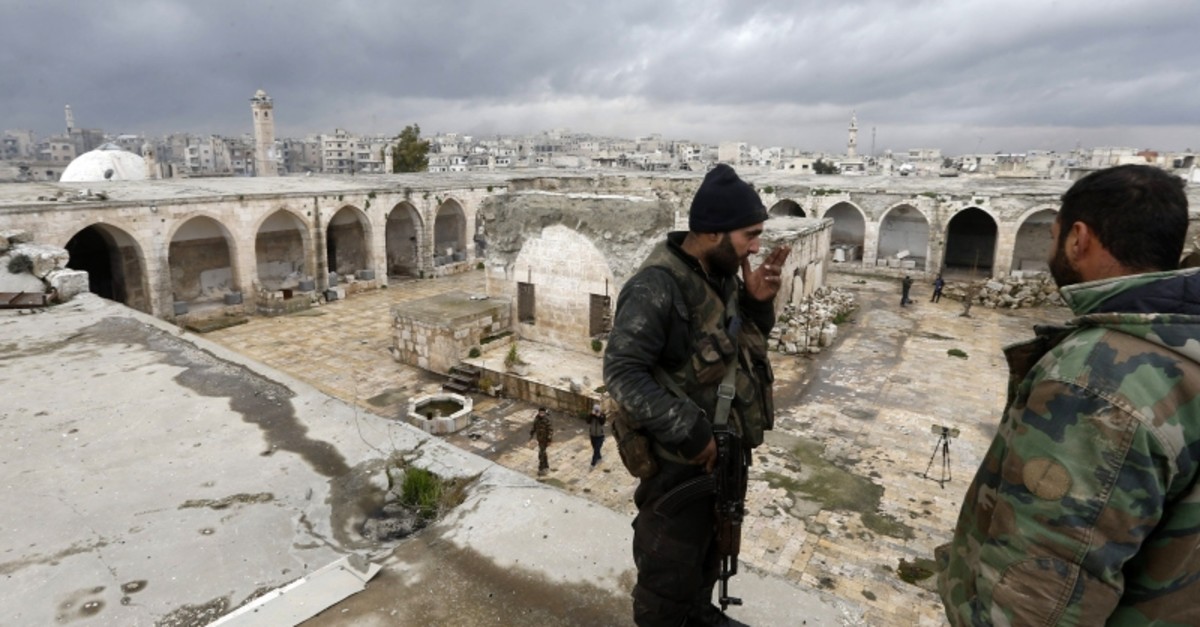 Once the throbbing heart of the uprising against Bashar Assad's regime, Maaret al-Numan is now an eerie ghost town where few buildings have been spared by the nine years of war.

Following a major ground offensive, the Syrian regime's army captured the town in the northwestern province of Idlib Wednesday.

A day after regime forces moved into the deserted town and set up their first checkpoints there since 2012, the landscape was one of desolation.

Maaret al-Numan, home to around 150,000 people four months ago, is now a field of leveled or gutted buildings, where shops' iron shutters are riddled with bullet holes and shrapnel scars.

The only people left in the once-bustling town are a handful of soldiers taking up positions on the rubble-littered streets.

Majed Marahesh, 27, remembers the day he first visited Maaret al-Numan 13 years ago with his classmates and teacher. Now he has traded his schoolbooks for a rifle.

"I remember its beauty and refinement," he tells AFP. "I remember the mosaics in its museum. I am back 13 years later but it's not the town I knew."

Maaret al-Numan is nestled in a UNESCO-listed region of ancient villages and its mosaics museum had achieved international renown.

The museum, housed in an Ottoman-era caravanserai, was seriously damaged in a regime barrel bomb attack in 2015.

"Many antiquities have been stolen," Marahesh said, looking at the devastation around him. "There was a lot of damage to the museum."

Among the museum's most prized works is a depiction of the birth and life of Hercules, according to former Syrian antiquities director Maamoun Abdul Karim.

As the conflict escalated, volunteers did their best to preserve the Roman and Byzantine-era mosaics from airstrikes and shelling, even by heaping sandbags against them.

Some of the mosaics have survived but the museum needs to be rebuilt.

After waves of airstrikes prepared the ground for the Syrian ground offensive, the regime's army faced limited resistance as it closed in on Maaret al-Numan last week.

"Sweeping operations are over and workshops will soon be opened to start rehabilitating the town's infrastructure so that civilians can come back," Marahesh said.

The ongoing operation in Idlib province has displaced 388,000 people since December, with most retreating to areas closer to the Turkish border.