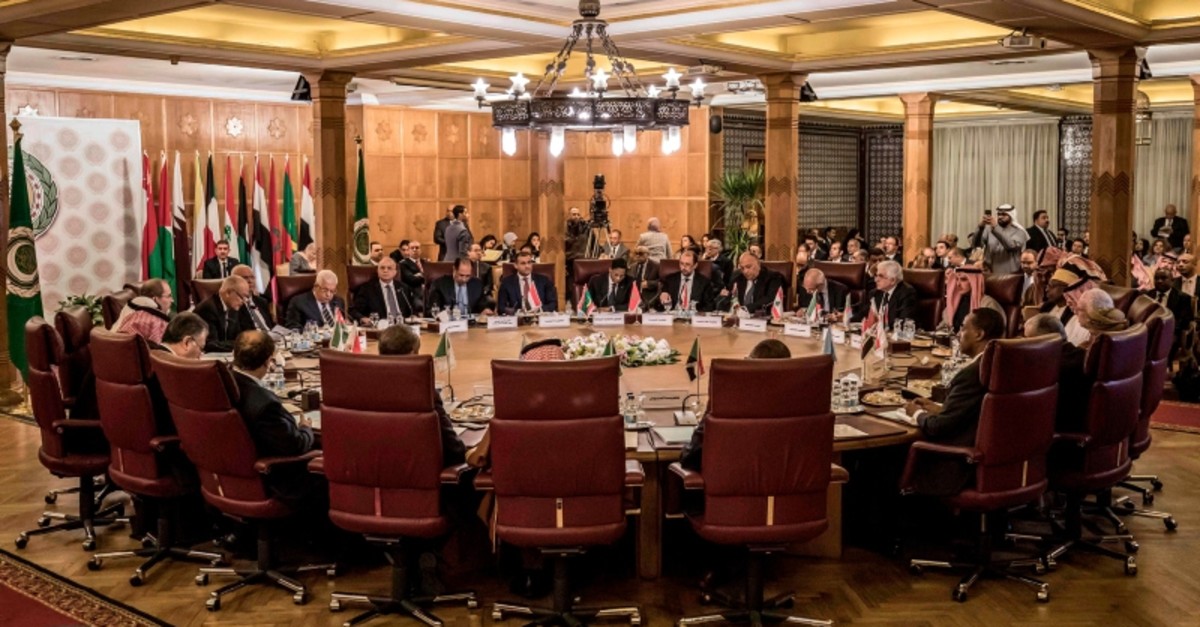 This picture taken on February 1, 2020 shows a view at an Arab League emergency meeting discussing the US-brokered proposal for a settlement of the Middle East conflict, at the league headquarters in the Egyptian capital Cairo. (AFP Photo)
by Compiled from Wire Services Feb 01, 2020 5:15 pm

"The plan leads to a status that amounts to a one-state situation that comprises two classes of citizens, that is apartheid, in which the Palestinians will be second-class citizens, deprived of the basic rights of citizenship," he told an emergency meeting at the headquarters of the pan-Arab body in Cairo.

The U.S. proposal "does not bring about stability or build peace, but sows the seeds for another 100 years of conflict and suffering," he added.

"The two parties should negotiate by themselves in order to reach a solution which is accepted by both of them," Aboul Gheit said.
Trump's plan foresees Israeli control over the West Bank and Jordan Valley as well as key holy sites in Jerusalem. It would not grant Palestinian refugees the right of return but does call for the creation of a Palestinian state.

The Arab League will not cooperate with the United States to execute the plan, a communique said. Israel should not implement the initiative by force, it said.