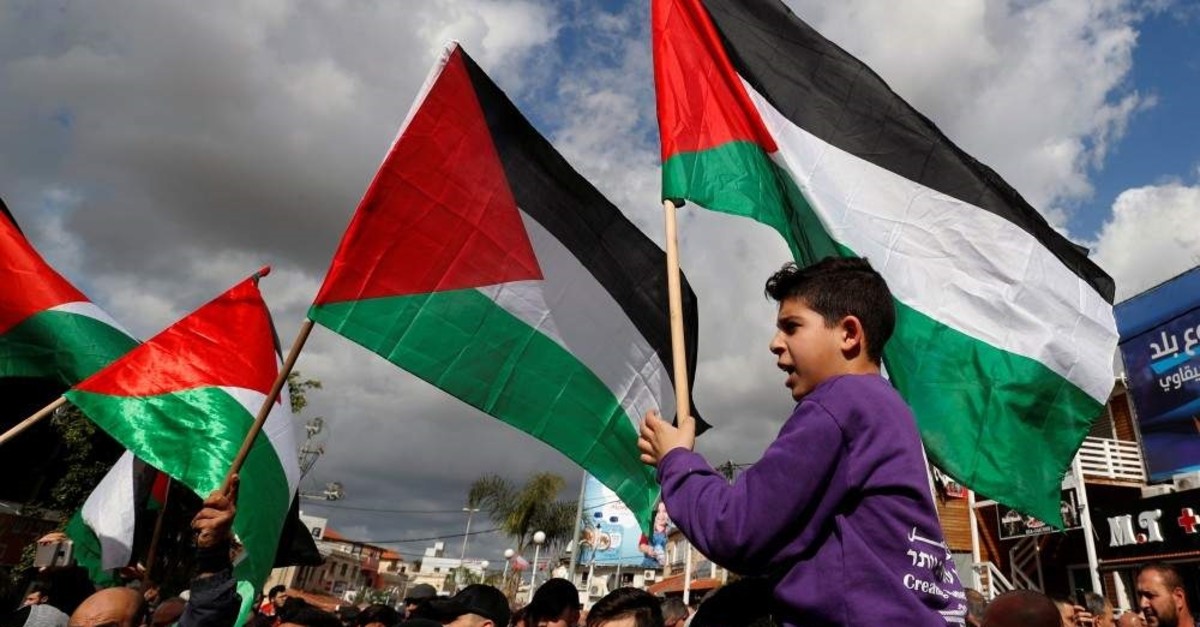 A unilateral peace plan put forth by President Donald Trump last week has continued to receive growing negative reactions, as Palestinians vow to cut all ties with Israel and the U.S., including security cooperation.

In a final statement on Saturday following an emergency meeting in Cairo, the Arab League Council said the U.S.-Israeli plan "does not meet the minimum rights and expectations of the Palestinian people." It asserted that the peace process should be based on a two-state solution in line with international resolutions and the 2002 Arab Peace Initiative to establish an independent Palestinian state with East Jerusalem as its capital. It warned Israel against implementing the deal by force and ignoring international resolutions. It called on the international community to resist any measures taken by the Israeli government on the ground.

Amid only a muted reaction from Arab countries, Turkey voiced its strong criticism against the so-called peace plan. President Recep Tayyip Erdoğan described the U.S. Middle East plan as an "occupation project." Speaking at the fifth Anatolian Media Awards ceremony in the capital Ankara, Erdoğan said: "Jerusalem is not for sale." Condemning the so-called "Deal of the Century," the president said, "Jerusalem is a red line for us." In a phone call with Palestinian President Mahmoud Abbas on Friday, Erdoğan reiterated Turkey's support for "the Palestinian cause." He lashed out at Arab countries that backed the plan, referring to it as "treasonous."

Ahead of the meeting of Executive Committee Ministerial on Monday, which will be held by the Organization of Islamic Cooperation (OIC) in Saudi Arabia to discuss the Israeli-Palestinian conflict, Turkish Foreign Minister Mevlüt Çavuşoğlu supported the Arab League's rejection of the U.S. plan, saying that "it is impossible to accept this so-called peace plan.

"This is, at the utmost, a usurpation plan," he said. While underscoring Turkey's clear stance over this issue, he added that Turkey is "saddened by some countries' statements over the [U.S.] plan. However, there is a coherence in the Arab League's statement. We want to see the same coherence in the OIC." Even if Turkey is left alone [internationally], Turkey would support the status of Jerusalem [based on the two-state solution]," he said.

Trump last Tuesday unveiled the long-awaited peace plan for the Israeli-Palestinian conflict, although it had already been roundly rejected by Palestinians. Israeli Prime Minister Benjamin Netanyahu joined Trump at the White House for the announcement, with no Palestinian officials present. In a news conference, Trump said that Jerusalem would remain Israel's "undivided capital." By accepting the situation on the ground, the U.S. administration gave Israel what it wanted since the plan for the Middle East does not contain a fully independent Palestine, but a stronger Israel and Gulf against Iran and other threatening elements for the U.S.

The plan deprives Palestinians of nearly everything they had been fighting for: East Jerusalem as their national capital, the removal of Jewish settlements on the occupied West Bank, territorial control over their own borders and security that a sovereign state normally enjoys. Trump said East Jerusalem would be the capital of Palestine, while Jerusalem would serve as Israel's undivided capital, noting that al-Aqsa mosque would be open to Muslims and that Israel would be responsible for ensuring freedom of religion.

As Palestinians across the political map angrily reject Trump's Middle East plan, Israeli violence has soared in the occupied territories. Palestinians have faced a harsher stance from the Israeli forces. It is also one month ahead of an unprecedented third parliamentary election in a year in Israel on March 2. Israel's Channel 12 television news reported late Saturday that the military was preparing for a possible large-scale escalation, possibly before the March 2 vote.

At least 10 were wounded in an Israeli raid of Jerusalem's flashpoint Al-Aqsa Mosque compound on Friday, as reported by the Middle East Monitor. Israeli forces prevented hundreds of worshippers from entering into the holy site for Friday prayer. In addition, about 500 Gazan merchants with entry permits are not being allowed to enter Israel until further notice, Israel army radio reported.