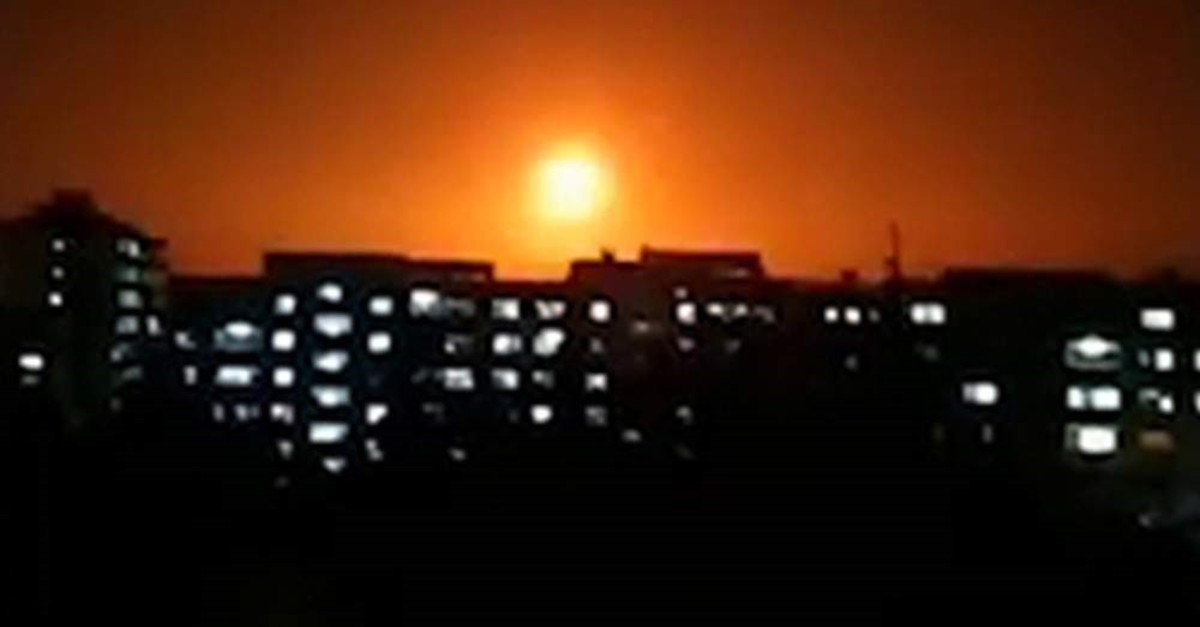 This image grab taken from a video shows an explosion following an Israeli airstrike on an undisclosed location in Syria, Feb. 6, 2019. (AFP Photo)
by Daily Sabah with Agencies Feb 06, 2020 6:18 pm

Israeli airstrikes killed 23 Syrians and pro-Iranian fighters on Thursday, the latest in a spate of Israeli raids targeting Iranian-backed groups in Syria. The first attack targeted military positions in the vicinity of Damascus, while the second took place 30 minutes later striking military positions in the vicinity of Daraa, Quneitra and Reef Damascus provinces, SANA reported, quoting a military source. The report said that a number of rockets were fired by Israeli warplanes over southern Lebanon and the Golan Heights, but were intercepted by Syrian air defenses.

Despite the fact that Russia can ostensibly control Syrian airspace and has the ability to prevent Israeli airstrikes on Syrian regime forces, Israel has not refrained from hitting the Moscow-backed regime's territory.

While the Russians claimed Israel was escalating tensions in Syria and violating the regime's sovereignty through aerial strikes, Israel repeatedly alleged that the Iranian presence near the Golan Heights was its biggest national security threat.

Israel has carried out repeated strikes in Syria since the civil war erupted in 2011, mainly targeting regime forces and their Iranian and Hezbollah allies. Last month, the Syrian regime accused the Israeli Air Force of carrying out an attack on the T4 airbase in central Syria, which the Syrian Observatory for Human Rights said killed at least three Iranian-backed militiamen.

In December, the Observatory said Israeli airstrikes killed three foreigners fighting alongside government forces south of the capital. The previous month, the Israeli army claimed responsibility for a wave of airstrikes against Syrian military sites and Iranian forces that killed 23 people, including 16 foreigners.