Oman warns of biggest clash risk in Strait of Hormuz 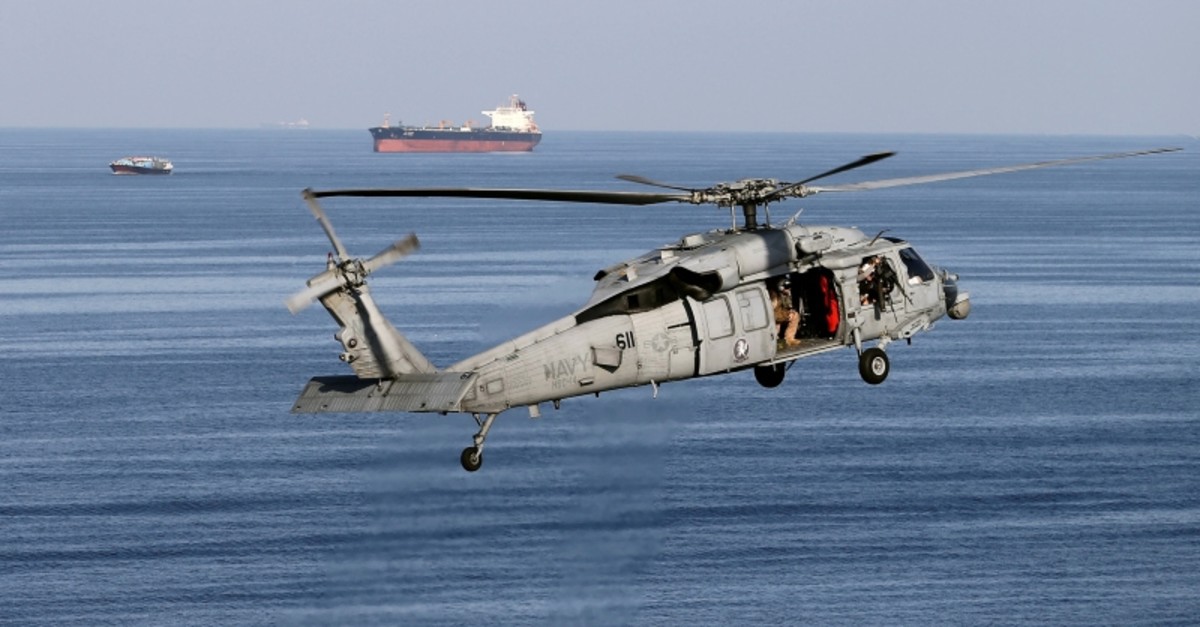 A MH-60S helicopter hovers in the air with an oil tanker in the background as the USS John Stennis makes its way to the Gulf through the Strait of Hormuz, Dec. 21, 2018. (REUTERS Photo)
by Compiled from Wire Services Feb 16, 2020 6:08 pm

The risk of a military confrontation is higher in the Strait of Hormuz than anywhere else in the Gulf region, Oman's foreign minister said, due in part to the growing number of military vessels from different countries that are guarding it.

The U.S. Energy Information Administration (EIA) estimated that 18.5 million barrels per day of seaborne oil passed through the waterway in 2016 between Iran and Oman, 33 kilometers wide at its narrowest point. That was about 30% of crude and other oil liquids traded by the sea in 2016. With global oil consumption standing at about 100 million barrels per day, that means almost a fifth passes through the strait. It is also the route used for nearly all the liquefied natural gas (LNG) produced by the world's biggest LNG exporter, Qatar.

"There are a lot of military ships in the Hormuz (area) and our concern is there could be a mistake," Minister of State for Foreign Affairs Yousuf bin Alawi bin Abdullah said late on Saturday at the Munich Security Conference. That would make that area the riskiest flashpoint in the Gulf over the coming months, he added.

Friction between Iran and the West had led several nations to send task forces to guard shipping there and Washington has blamed Tehran for attacks on international merchant vessels in or near the area, something Tehran denies. U.S. officials have said closing the Strait would be crossing a "red line" and America would take action to reopen it. Iran cannot legally close the waterway unilaterally because part of it is in Omani territorial waters. However, ships that sail it pass through Iranian waters, which are under the responsibility of Iran's Islamic Revolutionary Guards Navy.