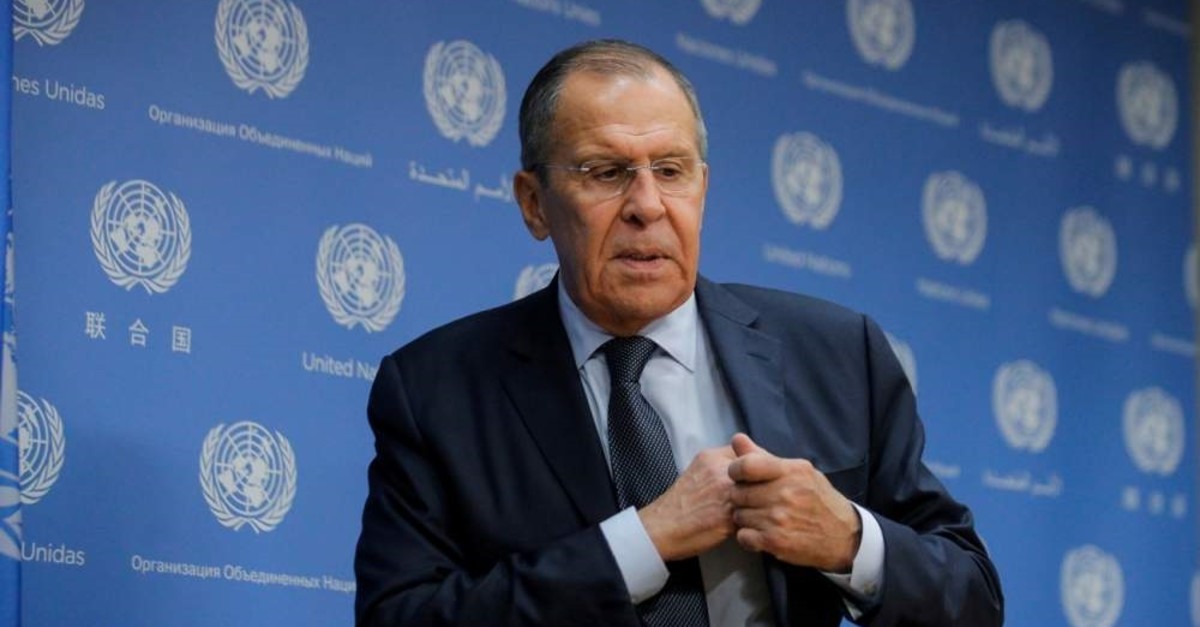 The U.S. "peace plan" for the Middle East suggests unilateral concessions in favor of Israel and violates international law, Russia's foreign minister said, while underscoring the importance of the so-called quartet of international peacemakers – America, the U.N., the European Union and Russia – to solve the Israeli-Palestinian conflict.

Such an approach does not help efforts for a just solution to the issue, Sergey Lavrov told Italian daily La Stampa in an interview published Monday.

"The U.S., in its usual style, suggested solving one of the most long-standing conflicts of our time in one fell swoop. In addition, Washington inherently ignored the generally recognized international legal framework for the Middle East settlement, which includes the U.N. Security Council and U.N. General Assembly resolutions and the Arab Peace Initiative," he said.

Lavrov said a just two-state solution requires "genuine" efforts from both sides of the conflict, while the international community has to provide impartial support for any Palestinian-Israeli dialogue. He suggested that the Middle East peace quartet could act as a mediator.

"In this context, we support the position ... of Arab League member states on the need for multilateral negotiations on the Middle East settlement under international auspices. "We believe this role can be assumed by the quartet of international mediators, which is the only mechanism authorized by the U.N. Security Council to support the Middle East peace process," said Lavrov. Russia, as a member of the quartet, is ready to help reach a lasting solution, he added.

"The American draft suggests solving all the key problems of the 'final status' of the Palestinian territories – borders, settlements, East Jerusalem, and refugees – by making unilateral concessions in favor of Israel. It is unlikely this approach will help improve the situation. This is also indicated by the fact that the so-called 'Deal of the Century' has been categorically rejected by Palestinians."

On Jan. 28, U.S. President Donald Trump unveiled the so-called "Deal of the Century" to end one of the longest-running disputes in the Middle East. In the plan, Trump proposes a patchwork Palestinian state, boxed in by illegal Israeli settlements, as well as recognition of Israeli sovereignty over the West Bank and Jerusalem as Israel's "undivided capital." The so-called peace plan unilaterally annuls previous U.N. resolutions on the Palestinian issue and suggests giving Israel almost everything it demanded.

Turkey has slammed it as an effort to "justify Israeli occupation and annexation of Jerusalem and the West Bank."