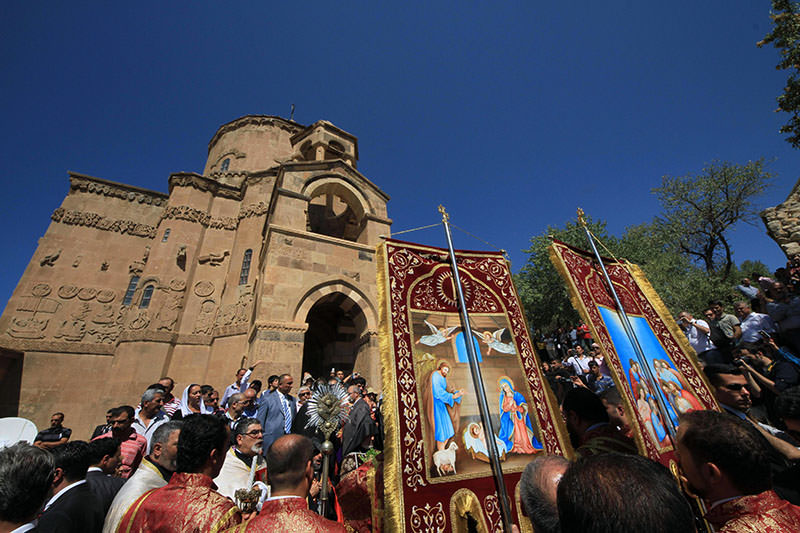 by Anadolu Agency Apr 24, 2015 12:00 am
Armenians have never been guests in Turkey and never will they be guests in the future, a spiritual leader of the Armenian Patriarchate of Istanbul has said on Thursday with regards to the recent controversy surrounding the 1915 events.

"We have never been guests in this country. We are happy to live on this land," he said.

Last week, the European Parliament adopted a resolution recognizing the 1915 events as "genocide." It came three days after Pope Francis also called the 1915 incidents a "genocide," drawing sharp criticism from the Turkish government.

On Wednesday, Turkey summoned its ambassador in Vienna hours after the Austrian Parliament described the 1915 events as "genocide."