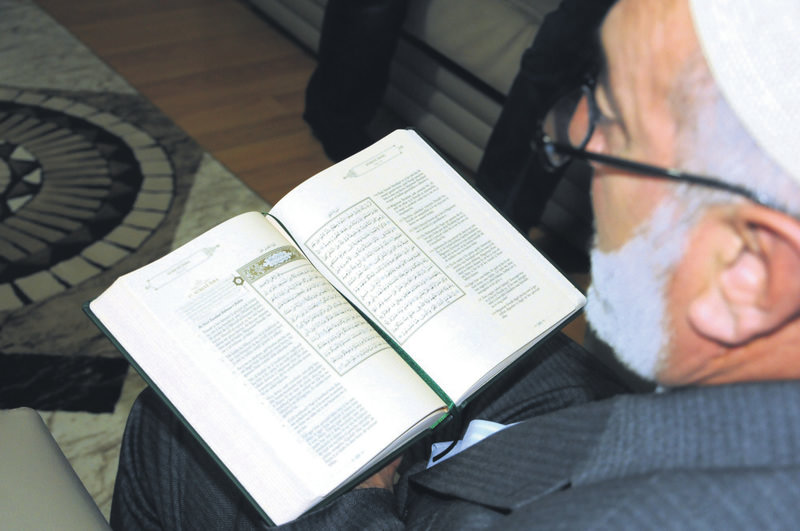 by Anadolu Agency May 24, 2015 12:00 am
A translation of the Quran into Kurdish by Turkey's top religious authority, the Presidency of Religious Affairs (DİB), has been lauded in Turkey's southeast, home to a large Kurdish population.

The DİB released 10,000 copies of the translation, which was prepared over five years, last month. It is the first official Kurdish translation of the holy book in a country where the Kurdish language was once a taboo.

Kurdish Muslims in the region overwhelmingly welcomed the new translation distributed to cities and towns in southeastern and eastern Turkey. Faruk Arvas, mufti for the province of Siirt, said they delivered 220 copies and said there was high demand among locals. "Everyone needs to understand the holy book in his or her own language. The Quran was translated into many languages (by the DİB) and the Kurdish language was the only one left. This new translation helps people here to understand the book better," he said. Arvas said people in the region have been waiting for the translation for years. He said that the DİB will also translate several religious works into Kurdish soon.

Taha Baran, a resident of Mardin that has a mixed population of Kurds and Arabs, says they were pleased with the new translation. "Kurds were complaining why there was no Kurdish interpretation of the Quran. We are grateful to (the DİB) for it," he said. Baran Musab, another Kurd from Mardin, said it was "a turning point" for Kurds to have a translation in their language. "It has been late but we finally have the holy book in Kurdish," he said.

Kurdish, the fourth most spoken language in the Middle East, has long remained a taboo in Turkey due to past governments' oppressive policies toward the community in response to a separatist campaign by the terrorist organization PKK. In the wake of the reconciliation process initiated to restore Kurds' rights, the language received state-level recognition. Education in Kurdish is now permitted and in 2012 Kurdish lessons were introduced in public schools.

Speaking to Anadolu Agency, Yüksel Salman, DİB's director-general of religious publications emphasized that the translation was performed by experts with vast knowledge of Kurdish and Arabic.

Highlighting their sensitivity while providing translations of the Quran, Salman said the Kurdish translation was first analyzed by members and experts from the religious authority, along with professors from faculties of theology at Turkish universities, before it was published.
Last Update: May 25, 2015 3:24 am
RELATED TOPICS