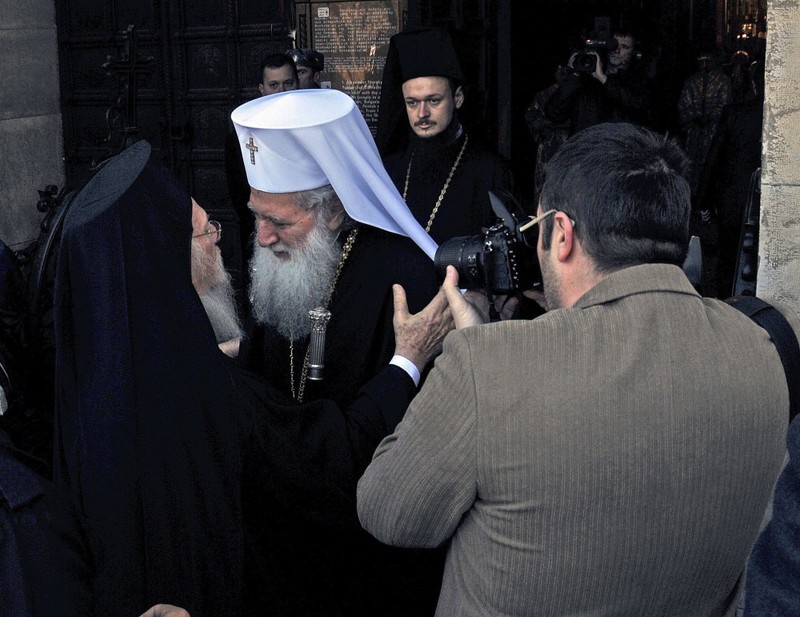 by Anadolu Agency Nov 09, 2015 12:00 am
Fener Greek Orthodox Patriarch Bartholomew, the spiritual head of all Orthodox Christians in Turkey recognized as ecumenical by all Greek orthodox churches, is in Bulgaria as an official guest of Bulgarian Orthodox Church Patriarch Neophyte. Bartholomew was received by Neophyte in front of the Alexander Nevsky Cathedral in Sofia Sunday morning.

The following prayers were attended by Sports Minister Krasen Kralev, Simeon Sakskoburggotski, the former Bulgarian monarch and former politician, and several diplomats. Bartholomew was also scheduled to receive an honorary doctorate from the Bulgarian Science Academy before meeting with Bulgarian President Rosen Plevneliev, who will bestow on him the highest state award Stara Planina. The patriarch will also meet with Bulgarian Prime Minister Boyko Borisov during his visit.
RELATED TOPICS