Turkey to pay compensation to minorities for seized properties 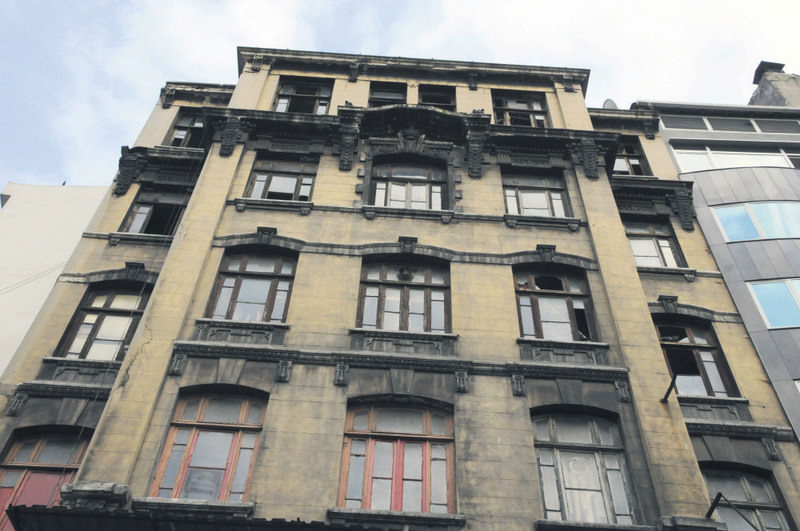 In its latest bid to restore the rights of minorities, Turkey is preparing to grant compensation to minorities, Greeks, Armenians and Jews, whose properties were seized by the state and sold to third parties in the past

Turkey's efforts to restore the oft-neglected rights of minorities may take a landmark turn as the government prepares to pave the way for the payment of compensation over seized properties.

Properties once owned by religious foundations of Armenian, Greek and Jewish communities were seized as part of discriminating state policies in the past. The properties, ranging from historical buildings and churches to schools were mostly sold to third parties by the Treasury after their confiscation.

As part of reforms it rolled out following a victory in the Nov. 1 elections, the Justice and Development Party (AK Party) government is expected to impose compensation regulations within six months. It will mark the first time in the history of the Republic of Turkey that minorities will have a right to get paid for properties seized between 1936 and 1974. Turkey had enacted a controversial regulation in 1936 that banned the donation of real estate to churches and temples of non-Muslim communities, paving the way for the seizure of properties from those communities. In 1974, a ruling by the Supreme Court of Appeals had enabled the state to seize the properties minorities acquired after 1936. Properties were mostly returned to its original owner and in the absence of owners, they were taken by the Treasury and changed hands between individuals.

The return of properties was the most challenging issue for minorities, as third parties were not obliged to return them under the law, nor were they mandated to pay compensation in the past when minorities were victim of discriminatory policies, forcing many to leave Turkey.

New regulation will be based on the advice of foundations run by minorities and a state-run directorate overseeing foundations. Minorities will be granted compensation for any property acquired after 1936.

In 2011, Turkey amended laws for the return of properties without current owners to the minorities they were obtained from. The amendment had included a limited compensation right to minorities if they are handed to third parties. New regulations will expand compensation rights to properties returned to their former owners after confiscation by the state.

Changes are significant especially for the Armenian community, which fought for a return of a historic orphanage and a school in Istanbul. The deed to Camp Armen, an orphanage in Istanbul's Tuzla district, was returned to an Armenian church foundation last month after continued protests against the current owner over the demolition of the site. The Gedikpaşa Armenian Protestant Church Foundation, the first owner of the orphanage, received the deed for the site where more than 1,500 Armenians spent their childhood before a court decision canceled the deed of the foundation in 1979.

Another reform for minorities is allowing elections at minority foundations, an idea that was scrapped two years ago following internal disputes in many foundations, which were more or less chaired by the same board members for decades.

The "democratization package" announced by the government a few years ago looks to change the state's view of minorities and restore their rights. Then-prime minister and current President Recep Tayyip Erdoğan announced in 2011 that hundreds of properties that were confiscated from minorities over the years would be returned and compensation would be paid for properties later sold to third parties. Though no comprehensive laws exist to restore the property rights, Turkish courts gradually return properties to minorities proving the ownership.
RELATED TOPICS